iOS 11 is one of, if not the biggest update to iOS since its inception. While there are well-known changes like the new iPad features, there are many smaller new features in iOS 11 that haven’t gotten as much press. Today, we’re taking a look at ten changes in iOS 11 that make it even better and you probably didn’t know about. 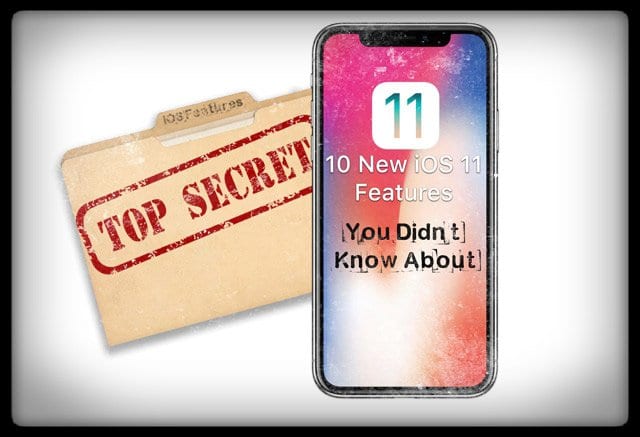 Prior to iOS 11, the video player in Safari featured to gray bars that interrupted your content, as well as that annoying volume window whenever you wanted to change the volume. In ios11, Apple has completely changed the media player so it looks nicer and is way less intrusive. 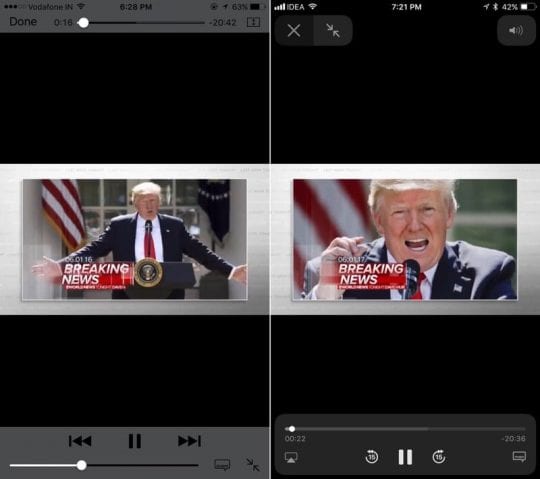 When you play a video, the new player has smaller assets that are translucent and don’t get in the way. And, when you change the audio, a small icon in the corner indicates the changes, while not disrupting the whole experience.

Have you ever had a guest over, and then they wanted the Wi-Fi but you couldn’t remember the code? Now, with iOS 11, Apple has a fix for this problem. When an iOS device attempts to connect to a network that you already have the password for in proximity of your device, a pop-up appears asking if you’d like to share the password with the other device. And your guest’s device instantly connects. 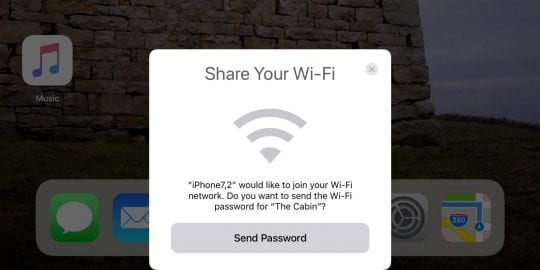 Have you ever used an app where those pesky ‘please review our app’ ads keep popping up? With iOS 11, Apple is finally stepping in to fix that. 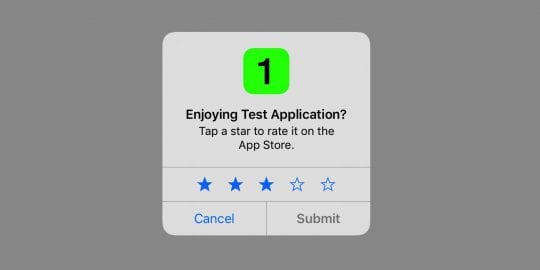 In the new iOS 11 update, developers can only ask someone this up to three times a year, and if they’ve already reviewed the app, the bubbles will no longer pop up. Additionally, you can now turn off the messages entirely via a new setting.

Live Photos, which have been around since iPhone 6s, capture 1.5 seconds of images before and after a photo so photos really pop with movement and sound. Your Photos seems to come to life and are spectacular! But there is a problem–Live Photos require an iOS device to view. So if you send a Live Photo to an Andriod phone, it’s no longer “Live.” However, with iOS 11, you can now share Live Photos with all devices, including non-Apple products. 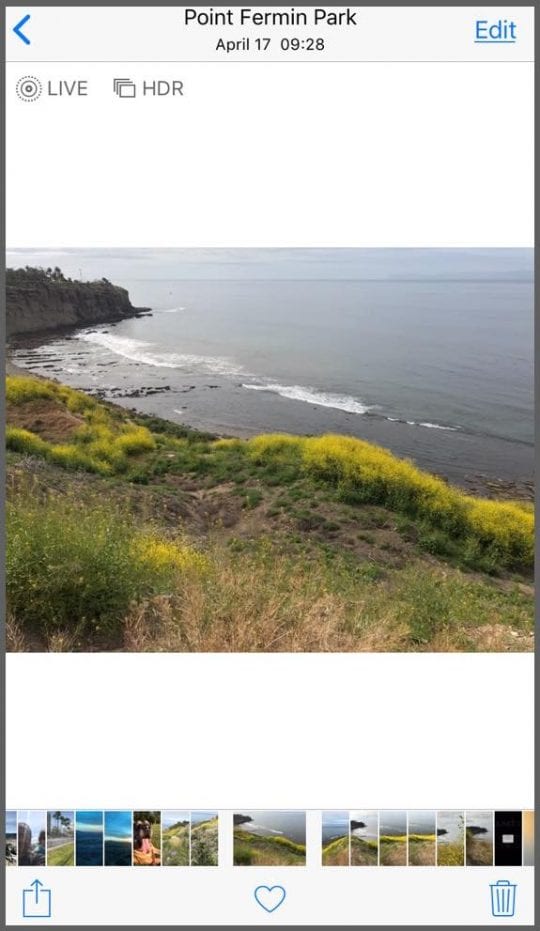 So, now if you text a Live Photo to an Android user, they’re sent as MP4 video files. Additionally, if you want to email someone a Live Photo, iOS automatically converts it to a GIF. We love this!

In iOS 10, Apple introduced iMessage Apps, which are extensions that allow you to send new types of content through the app. While some of these are useful, they were hard to find and required a few extra steps. With iOS 11, a drawer of iMessage Apps remains present at the bottom of iMessage at all times, allowing you to quickly send a unique message.

iMessage effects were also introduced in iOS 10. They allow you to add effects to your messages when you send them. Apple has added two more effects in iOS 11. Echo, which has your message copied flying around in a tornado fashion, and Spotlight, which darkens the rest of the message field and focuses on your message. 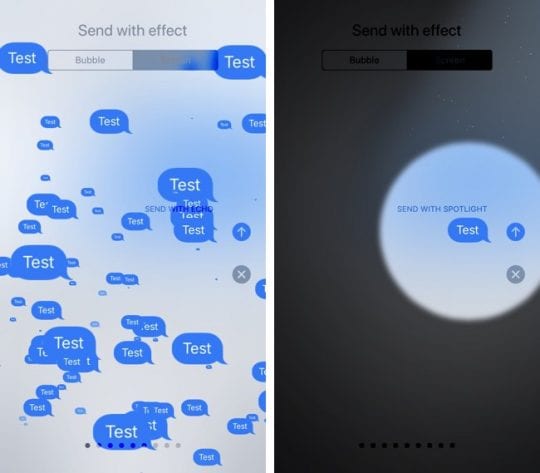 With iOS 11, Apple is introducing a new money sharing service called Apple Cash. With the feature, you can send your friends money via a button in iMessage and your Apple Pay credit cards. If you receive money, it’s automatically added to the balance of an Apple Cash card in your Wallet and can be transferred to a bank account. 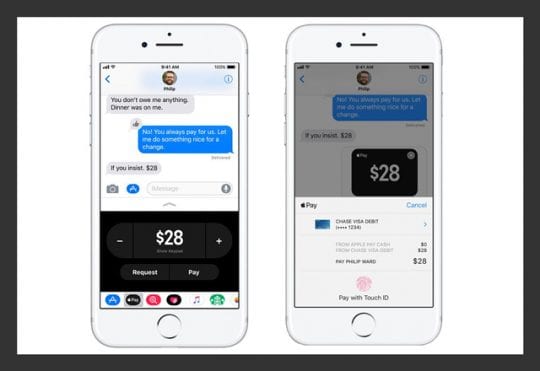 Have you ever FaceTimed someone and seen a moment that you wanted to capture? Now, with iOS 11, FaceTime features a shutter button at the bottom left of the call. Clicking it takes a live photo of your FaceTime call, allowing you to capture the few seconds before and after of your phone call.

If your someone that always answers your phone but sometimes can’t immediately reach it, Apple has a feature for you. With iOS 11, via a new setting, you can tell iPhone to automatically answer all phone calls and put them on speaker, and give it a duration to wait before doing so. 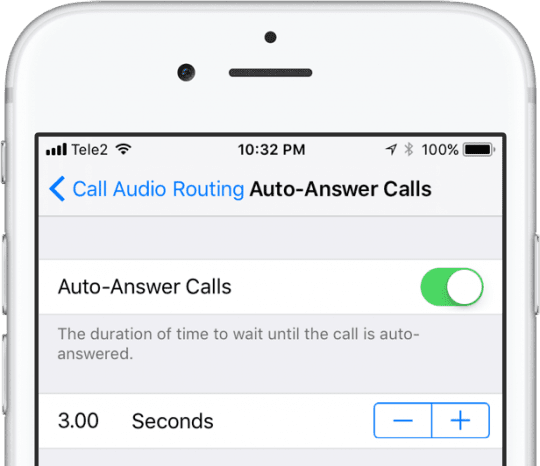 Unfortunately, this feature’s not easy to find! You’d think Apple would place in in your Phone Settings. Nope! It’s tucked away, like so many other feature gemstones, in Accessibility. To turn this Auto-Answer feature on, go to Settings > General > Accessibility > Call Audio Routing > Auto-Answer Calls and toggle ON. Once it’s on, set your duration to wait until the call is auto-answered.

And there’s even support for Wi-Fi calls, FaceTime calls, and third-party VoIP calls from apps like WhatsApp and Skype (and more.) That’s in addition to supporting your regular ole’ mobile carrier calls!

No problem, create your own whitelist by turning on Do Not Disturb, turning off allow repeat calls, and selecting your Favorites under Allow Calls From. Just make sure you favorite everyone you want to receive calls from. Find these features in Settings > Do Not Disturb. 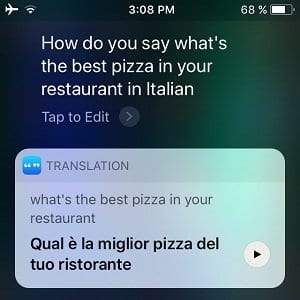 And for all you international travelers, Siri now knows how to translate in iOS 11. If you ask Siri to translate a phrase, she’ll come back with the answer, and be able to speak it for you. Additionally, Siri listens and translates back to English. As of this writing, Siri translates English into French, German, Italian, Mandarin, and Spanish. No Japanese yet–as I learned when Siri couldn’t perform my request. 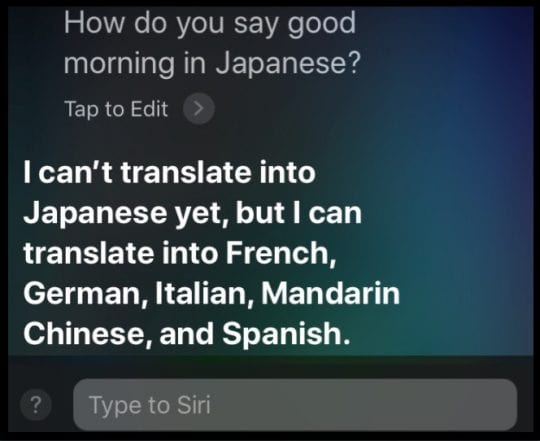 AND, sorry fellow English speakers around the world. It looks like US English is the only one supported so far–Australian and British English currently don’t work.

This is one of the most requested features for Siri–and it’s finally here. We expect this to make a big difference for folks trying to communicate in a country where they don’t speak the local language. And the best part, if Siri doesn’t make sense or can’t be heard, just show them your iPhone to read! Just remember that Siri needs an internet connection, WiFi or Cellular, to do her magic.

How do I get Siri to translate for me?

It’s easy! Long press Home to bring up Siri. Then ask, “How do you say, (fill in your question)?” Siri speaks the answer AND writes it out on-screen so you have some options when communicating. Once you have Siri translating into a specific language, Siri stays with that language until you change it. So any follow-up questions don’t need you to state what language (unless you want the translation in a different language.)

If you’re in a place where talking isn’t appropriate or you don’t feel comfortable using Siri as your translator, with iOS 11 you can use Type to Siri and still have Siri do your translations in text form only. Just make sure you enable Type to Siri first. And again, it isn’t where you expect i.e. in Siri’s settings. Instead, find Type to Siri in Accessibility.

iOS 11 has a lot of hidden treasures–if you know where to look. We hope that these 10 tips on iOS 11 Features get you started on a journey of discovery on all that iOS 11 offers. We know there’s a bunch more great features, so if you find one that really rocks your world, let us know in the comments. And we’ll pay to forward to all our readers.