iOS 11 is one of Apple’s biggest updates in the year, mainly due to a slew of iPad related updates to make the device more powerful.

While the iPad is now one of the most productive devices in the world, the iPhone also got some love when it comes to new features and improvements to increase productivity. Today, we are taking a look at ten new features that make the iPhone even more powerful.

Get Productive in iOS 11

In iOS 10, your notifications exist in the Notification Center. Pull down anywhere in the OS, and a chronological list of notifications appears while swiping to the left reveals your widget panel.

In iOS 11, that all changes. Your lock screen is now the Notification Center. And it can be accessed throughout the OS. Here’s how it works. 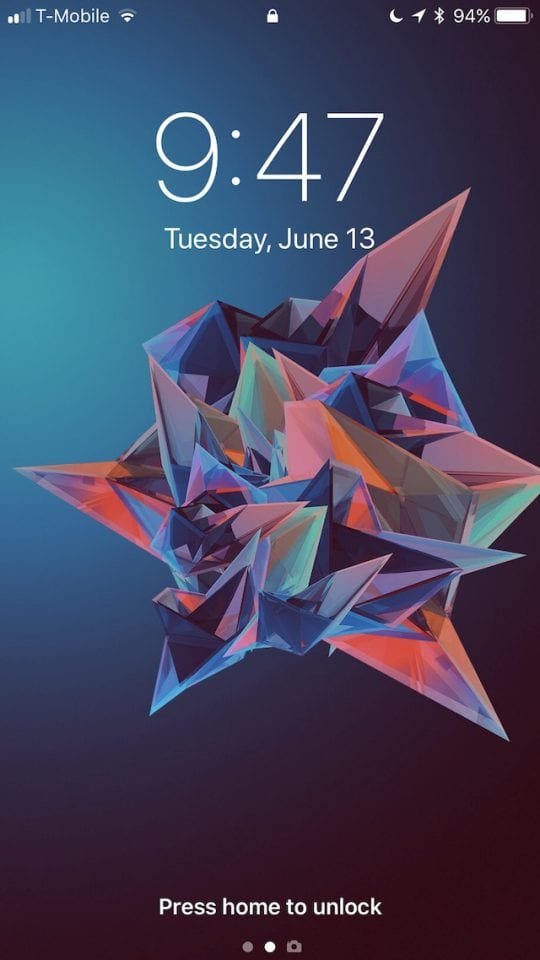 When you unlock your phone, everything still works the same. You see your missed notifications, and swiping to the left reveals your widget panel. However, swiping up on the lock screen will now reveal an ‘earlier today’ option, and pull up notifications you’ve already received. 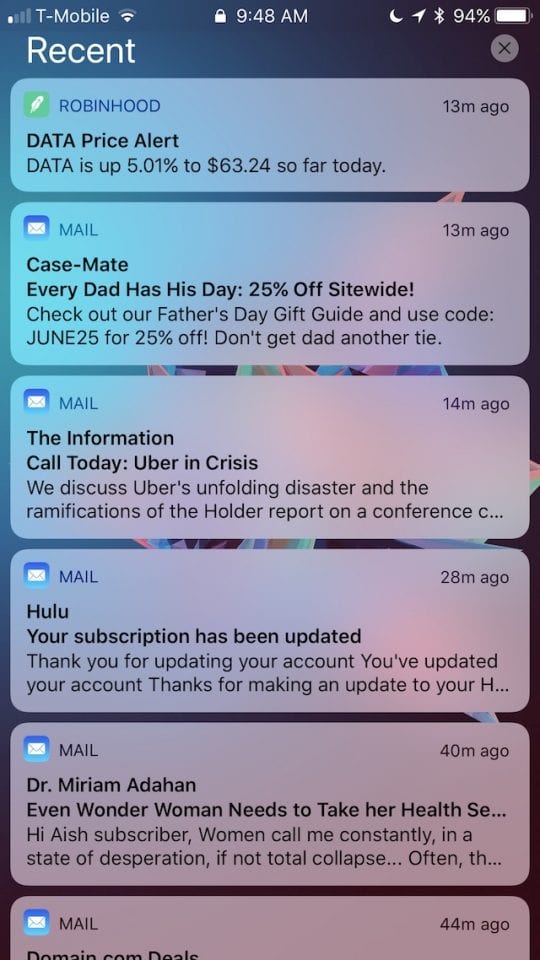 Once you’ve unlocked your phone, swiping down anywhere brings back your lock screen. Along with the earlier notifications, we just discussed, iOS won’t require you to unlock again by doing this, only once your phone has gone back to sleep. 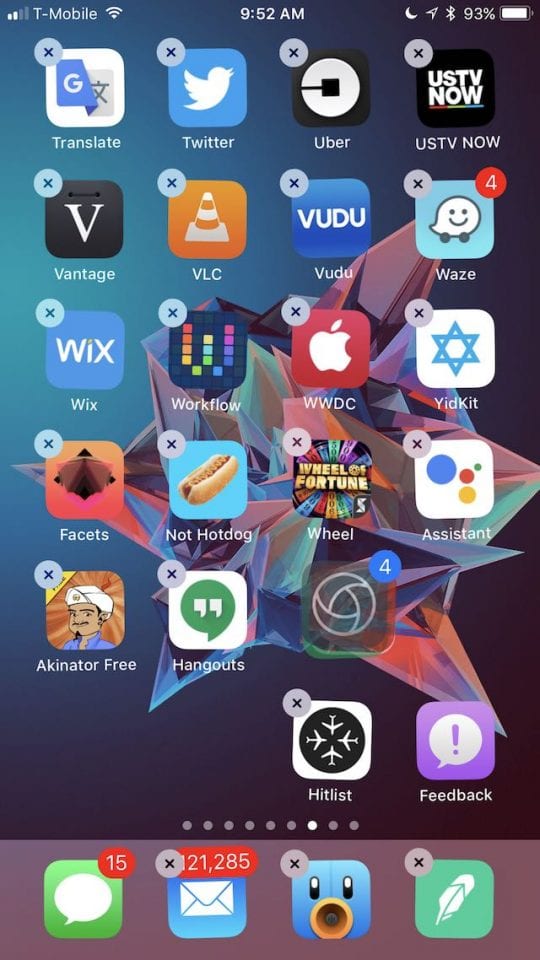 iOS 11 includes amazing improvements to organizing your home screen apps, by allowing you to drag apps in groups across the device. To do this, pick up an app like normal, and then tap on any other app, this will group the apps together. This group can be as large as you want, and when you place the group down, they will place together. 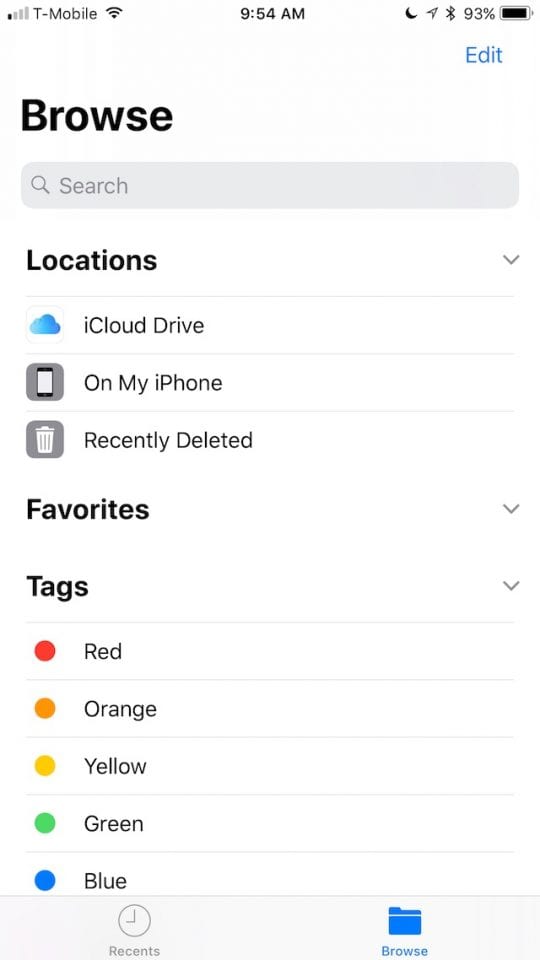 Files, the full featured file manager to make iPad multitasking easier, is also available on iPhone and is just as powerful.

The app, if you do not know, is a full featured file browser on iOS. It has access to all your device and iCloud files, as well as access to third-party services like OneDrive, Google Drive, and Dropbox.

The app is pre-installed in iOS 11. Once opened, you’ll see a list of locations and a search box, as well as favorites and tags. Interestingly enough, the tags here are brought over from files I tagged on my Mac and put in iCloud. Once you click on a file, you have a few options.

First is markup. You can make edits to your documents right from the app. 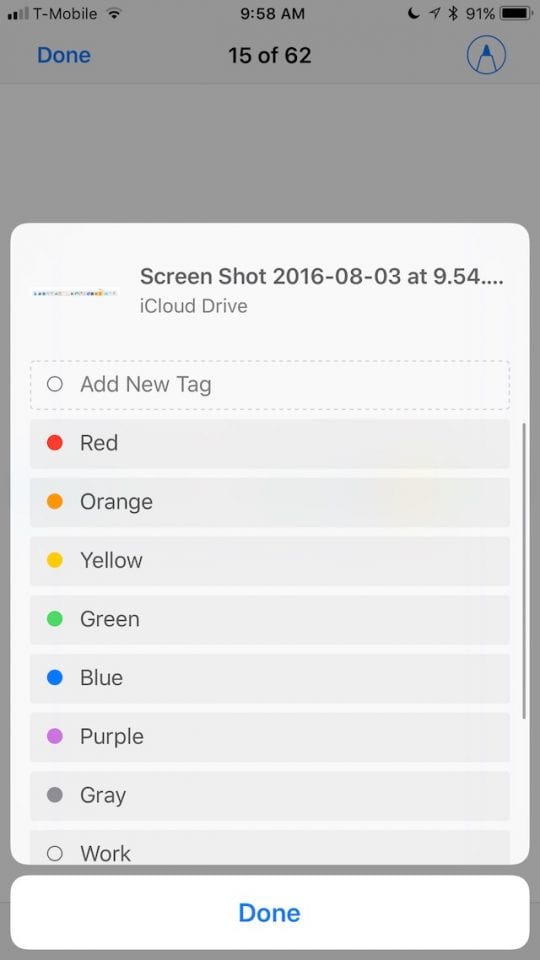 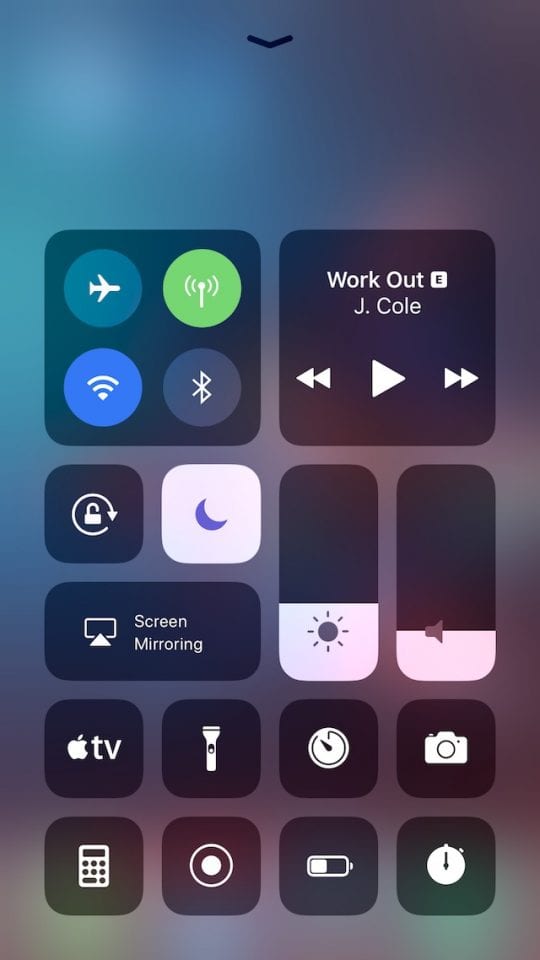 Control Center in iOS 11 has been greatly improved, introducing new actions and deep 3D Touch support. For a more in-depth look, check out our article here. 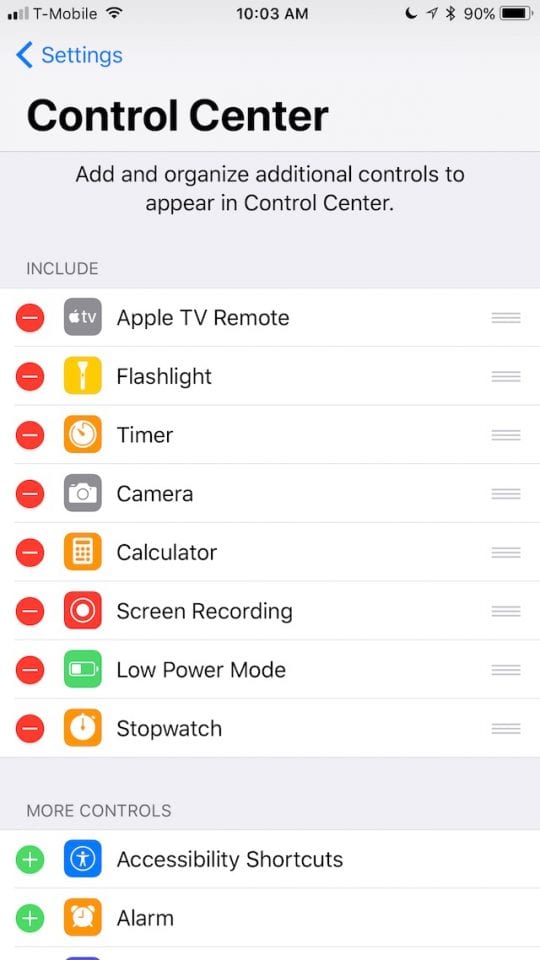 Control Center now includes a host of add-ons to make it more powerful in iOS 11. You access these add-ons through the Control Center menu in Settings, and include things like, Alarm, Do Not Disturb while driving, Accessibility, Notes, Text Size Recording, Apple TV, and more. 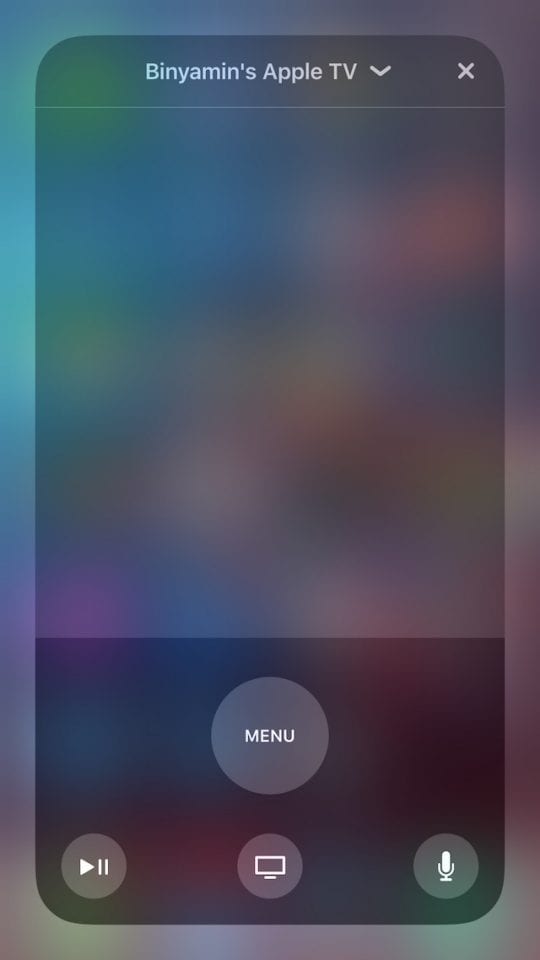 In iOS 10, iOS would know when a user is typing on their Apple TV and offer them a notification that allowed then to use their iPhone to type instead. With iOS 11, the integration goes even deeper.

Via a new Control Center action, iOS 11 includes a full-featured Apple TV remote. By adding it in your settings, you can enter control center at any time, 3D Touch on the Apple TV icon, and immediately access an Apple TV remote.

What I think is possible the most underrated new feature in iOS 11, Apple’s new keyboard allows for incredibly faster and more enjoyable typing on larger devices. 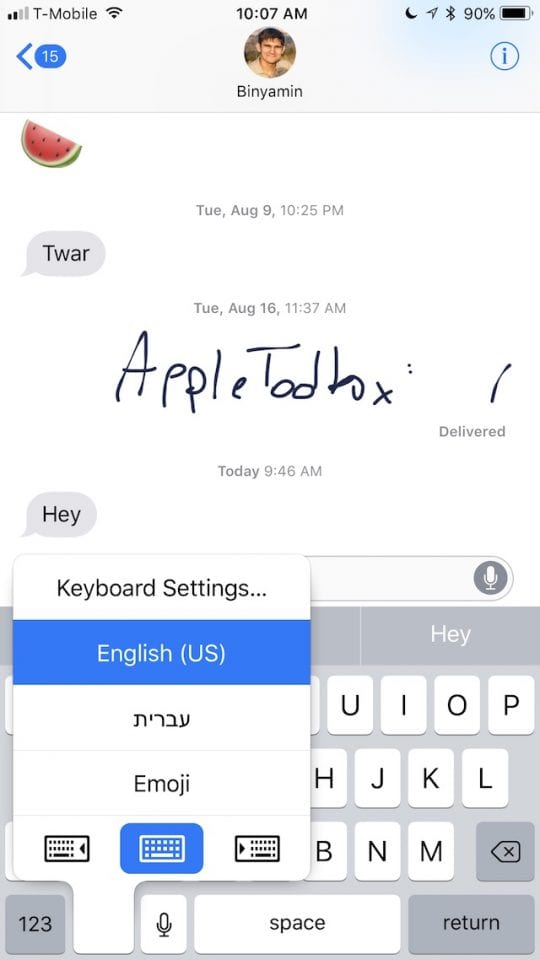 Whenever you are typing, 3D Touch on the Globe or Emoji icon. Here you will see two options, a keyboard to the left or the right. Pushing either of these will shrink the keyboard to that direction to enable one-handed typing. To revert it, just 3D Touch again or swipe. 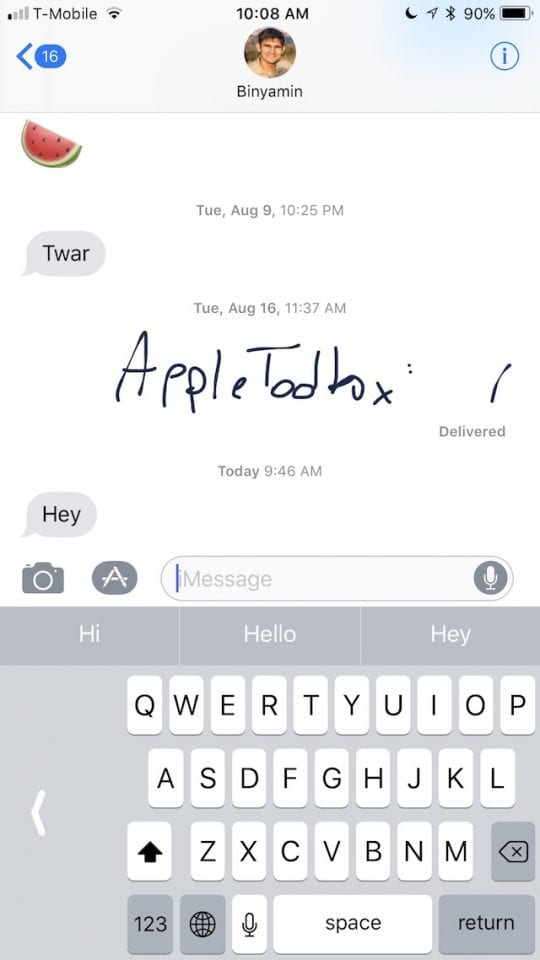 Lastly, Apple has reworked the landscape keyboard on Plus devices, shrinking it to make it easier to type. 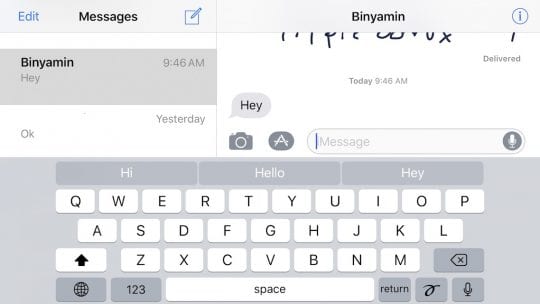 You know those little QR codes you see everywhere but never do anything with because you have an iPhone? No longer. The iOS Camera app now natively supports QR codes.

To scan a QR code, simply open the camera app and point. A notification comes telling you the info and links you to the action. This means if its a website, you can click to go to the site, or a contact will add to your contact book. 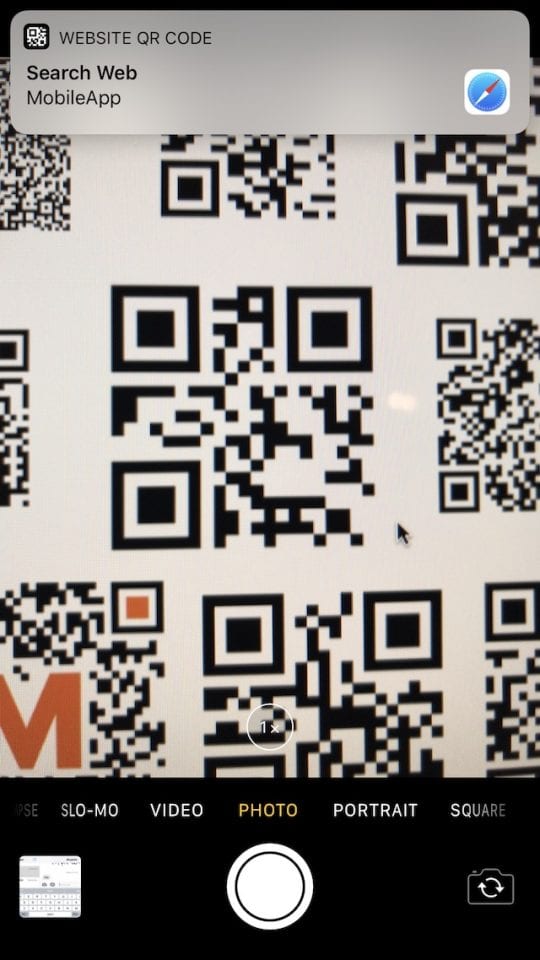 Another feature enabled by the new Control Center add-ons is screen recording. Now, you can record your screen and add it to your video library, including device audio and audio from you if you choose.

To enable it, add the add-on, and then 3D Touch on the icon in Control Center. You see the options to Start Recording and turn on your Mic. 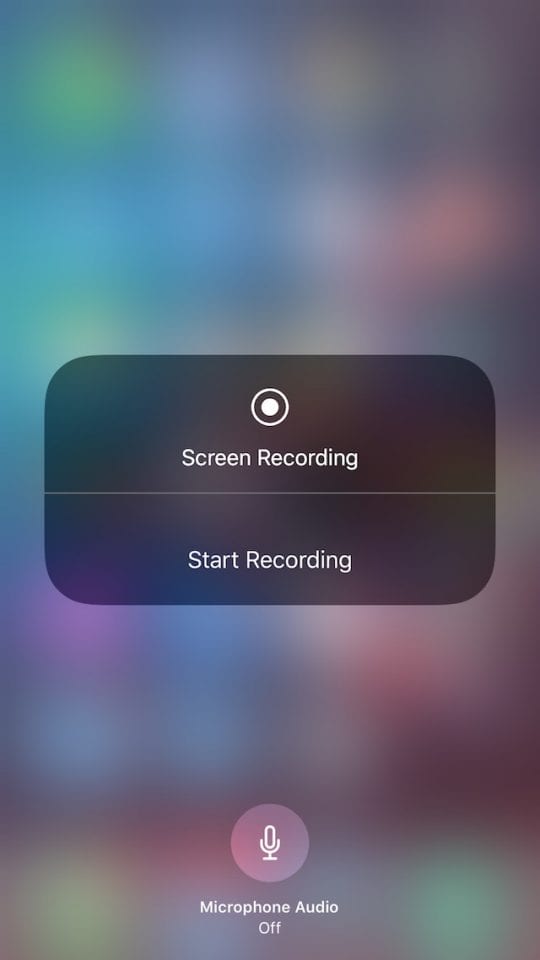 Start Recording will begin your recording, showing a blue bar on top with how long it has been. Clicking it will automatically stop the recording.

The recording will be added to your Photos and can be shared just like any other video clip.

Screenshots are great, and Apple knows users love to use them to share things they see or information with friends. So, in iOS 11, Apple added a slew of features to make screenshots even better.

When you take a screenshot, it no longer automatically goes to your Photos. Instead, a little bubble of the screenshot will appear at the bottom of your screen. You can swipe it away to get rid of the photo if it was an accident or click on it. 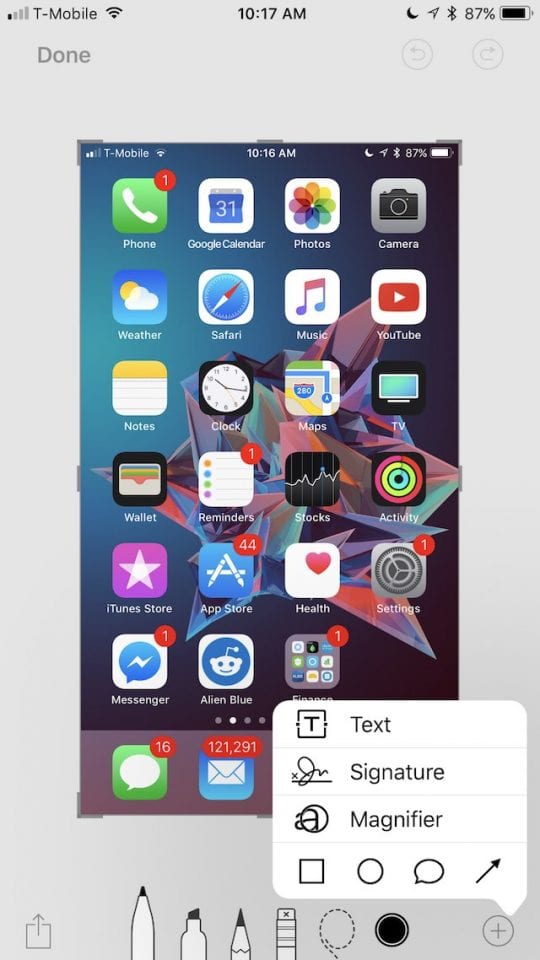 Clicking on it will reveal the new screenshot interface. Here you can crop it, use the markup tools, and text, signatures, and shapes, and decide whether or not to keep it. You can even share it and then choose to delete it, meaning those screenshots won’t take up so much space in your library anymore. 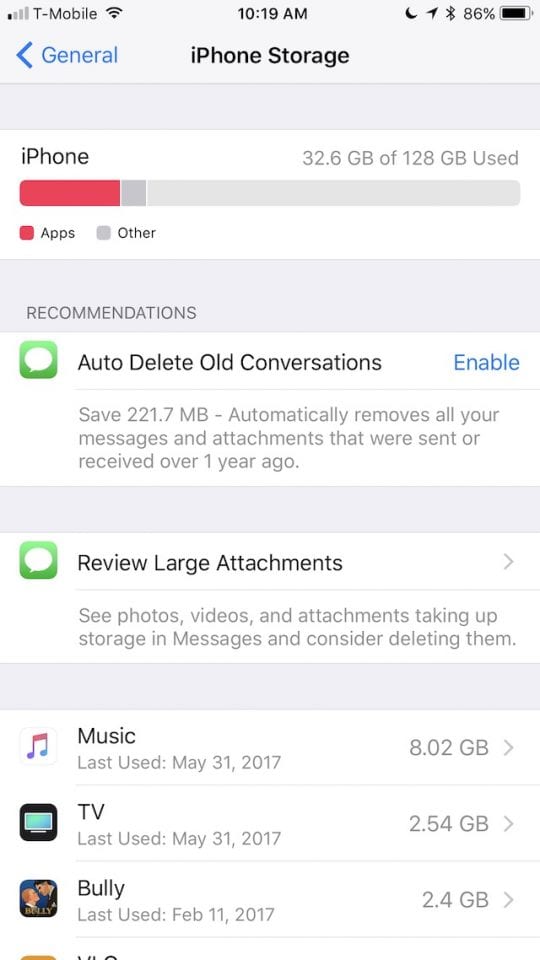 Apple has added some features to free up storage on your iPhone. By going to your storage settings, Apple will give you a list of recommendations to free up space.

One of these recommendations is Messages in the Cloud. This allows for all of your iMessages and Texts to be synced to iCloud, allowing them to be viewable on all devices, and free up storage space on your iPhone.

Probably the most major feature to free up storage is Automatic App Deletion. iOS now intelligently figures out apps you haven’t used recently and deletes those apps. But, it will still keep the files and your progress and history of the app, and keep the app on your home screen. The next time you need it, it re-downloads the app binary, and everything will be as you left it.