The 2019 iPhone XI Max rumor has started off to a great start in the past few weeks. Its only January!!

According to a post by the handle ‘ICTech’ in Wiebo, there are five new features that might be coming to the 2019 high end iPhone model, iPhone XI Max.  The leaker has claimed the following: 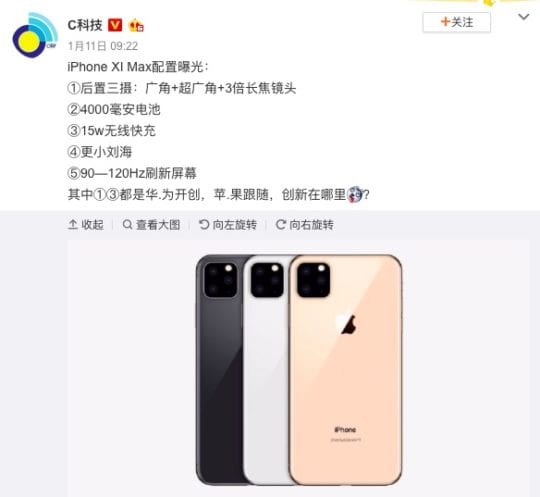 Based on the various rumors that have been floated recently combined with notable analyst’s guidance ( Ming Chi Kuo in Nov 2018), what appears most likely so far are the changes to the TrueDepth as well as the 3 camera system on the back of the iPhone XI Max. The other rumor that appears likely is the support for Wi-FI 6, as reported by 9to5 Mac last week.

RELATED: Apple’s Plans in 2019. What Can We Expect? From New iPhones to a New Streaming Service.

The rumors so far around the iPhone XI Max have not been all that inspiring. If you are an iPhone X or older iPhone owner, what would it take for you to consider an upgrade this year?  We would love to hear your comments below.