You are here: Home / iPhone / 3 major changes that’ll mean new iPhones last longer than ever before

The “upgrade cycle” is slowly becoming a thing of the past, which means that most users aren’t going to be upgrading their devices every year or two. With that in mind, you probably want your device to last as long as possible.

Luckily, Apple’s iPhones are only getting better in the longevity department. For one, the company’s hardware is typically a year or so ahead of similar Android rivals, so performance is fairly future-proof.

And when it comes to battery life, overall durability and warranty coverage options, this year’s iPhones are looking to be the best yet. 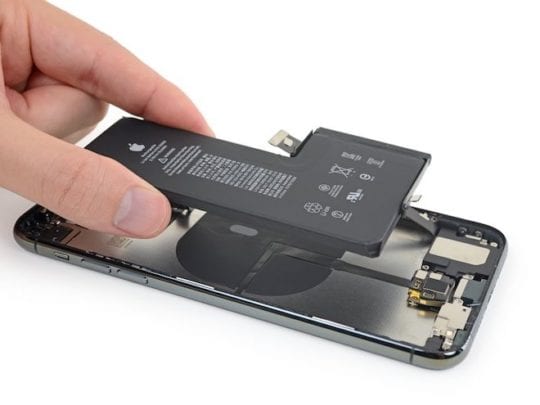 Battery life and performance are two of the most important features of a smartphone for many users. Unfortunately, all lithium-ion batteries will naturally degrade over time — but Apple is taking steps to mitigate how much of a hit its most recent iPhones take.

The iPhone 11 and iPhone 11 Pro devices, for example, have a new hybrid software/hardware system that will help reduce performance throttling and unexpected shutdowns as batteries age.

If you’re familiar with Apple’s performance throttling measures, you know it has been fairly controversial in the past. Now, with its new lineup, Apple says that its devices will run at tip-top shape for longer, even as their batteries degrade.

The new system is “automatic” and “always-on,” so it doesn’t require any input from the user. It also leverages machine learning and dynamic monitoring to ensure the best performance.

That isn’t all. Apple is obviously hearing its customers comments about battery life. The iPhone 11 Pro models reflect that.

They have larger batteries than their predecessors. That, combined with better power efficiency, should ensure that users get improved battery life for years to come. Even Apple’s iOS 13 software update has a new Optimized Charging Feature that will supposedly reduce battery aging over the long-term.

All of this is to say that you should see vastly improved battery life on your new iPhone 11 Pro in the short term. You should also notice much less performance degradation over the long term. It’s a win-win.

Of course, a device’s battery life doesn’t really matter if you just drop the phone and it shatters in a dozen pieces. Luckily, the iPhone 11 Pro and iPhone 11 devices appear much less likely to do so.

Apple appears to have made durability a marquee feature of its 2019 iPhone lineup. While all smartphones will break if you abuse them, it looks like Apple’s newest devices will be a lot less prone to significant damage for many accidents.

The company says that its devices now use the world’s strongest smartphone glass. That’s an oft-repeated line for most smartphone manufacturers, but there appears to be some weight behind it this year.

According to several drop tests, the iPhone 11 and iPhone 11 Pro models are much less prone to cracking or other damage when dropped at normal weights. That goes for both the front display glass and the rear glass casing.

The iPhone 11 Pro, for example, will be able to survive up to 30 meters underwater at a depth of about 4 meters. As you might expect, it’s also incredibly resistant to other liquids — from tea to beer.

All in all, your next 2019 iPhone should withstand the rigors of day-to-day life better than past models. While they won’t be impervious to damage, any upgrade in this area bodes well for users.

If there’s one thing that really proves Apple wants you to keep your iPhone for longer, it’s a small but significant change to the way it offers extended warranty coverage.

Users have always been able to buy AppleCare+ extended warranties for their devices. This allows for a wide range of free or reduced cost repairs. Importantly, it also includes coverage for up to two incidents of accidental damage.

AppleCare+ has always been a great investment for users who want to keep their devices in good shape. And now, Apple is offering the extended warranty coverage on a month-to-month basis. This is also now available for your older devices.

Previously, you could only buy AppleCare+ in a two-year increment. Now, you can pay for it monthly until canceled.

That means you can continue to have AppleCare+ coverage until you explicitly cancel it. Or until Apple runs out of parts to repair your device, which isl ikely only when it becomes “obsolete” in several years.

Of course, the month-to-month payment plan will cost a bit more than simply buying a set coverage period. But it could be a good option for users who are planning on keeping their devices for quite a long time.

Are you ready to upgrade to the new iPhone 11 / Pro this year? Or would you rather wait it out for the new 5G 2020 iPhones?