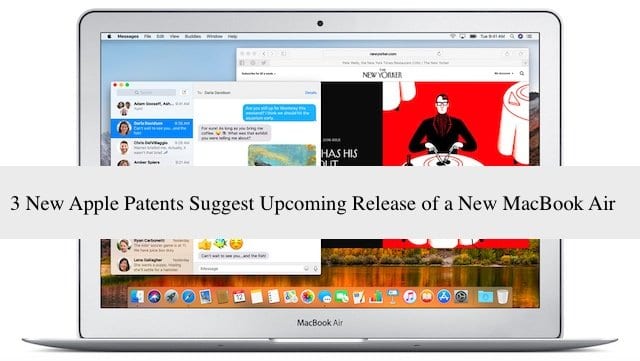 Earlier this month, it was reported by Ming-chi Kuo that Apple is planning to release a new MacBook Air model in Q2, 2018.

Kuo expects Apple to release a new MacBook Air “with a lower price tag”. The analyst expects that the more affordable MacBook Air will help push MacBook shipments up by 10-15 percent this year.

Three new Apple patents published today by the US Patent office suggest that this could definitely be the case. These three related patents were filed by Apple in Dec 2016 and were approved today (March 20,2018). 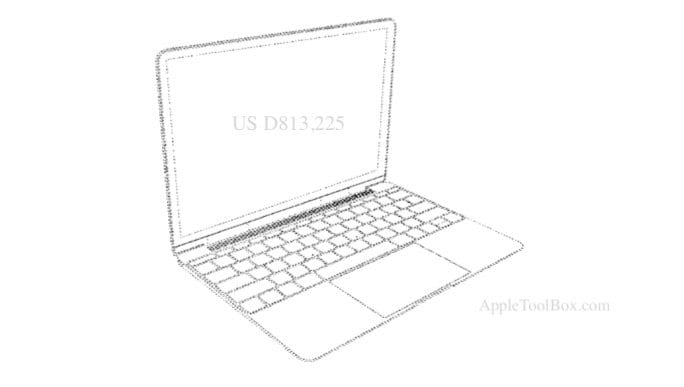 Current MacBook Air models sold by Apple start at $999 and feature the fifth-generation Intel Core i5 and i7 processors with Intel HD Graphics 6000. They have a very thin 0.68-inch unibody design and weigh only 2.96 pounds.

Unlike the MacBook and the MacBook Pro models, the Air’s design has largely been stagnant. Entry level Mac enthusiasts have preferred the light MacBooks as they are the perfect companion device for an iPhone user while more seasoned and power users have kept up with the design changes of the powerful MacBookPro.

It is not clear from these three device patents what features the new Apple MacBook Air will support. There is bound to be a refresh of the processor and the Intel Graphics 6000 with newer and faster processors. There is also a good chance that the new MacBook Air could support a Tablet/Mac type combo functionality. Use it as an iPad Surface with the Apple pencil or use it a fully functional notebook.

This is one product category that has somewhat become popular in the education community but Apple has never positioned any product in this category before.

Ming-chi Kuo may be right (as always!) that the upcoming MacBook Air model will be probably priced even lower than the $999 price point and may contain features that will largely appeal to the student community.

Published or Approved patents do not necessarily mean that they will become a marketable product but we have seen from our experience that patents published around key Apple event dates usually show up as new products that are released at the event.

We are almost certain that the new MacBook Air will be released during the March 27th special Education event that Apple is hosting next week in Chicago.