You are here: Home / Mac / 4 Must Have MacBook Accessories for Students

MacBooks are incredible devices to own, the compact design and groundbreaking features give off the feel of being in tune with the latest computer tech, but as good as that may sound, your MacBook experience can get even better with the following accessories. Here are four affordable MacBook accessories for students that you can buy now. 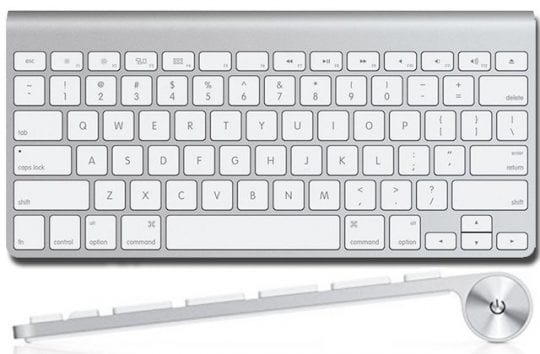 Once again, Apple lived up to its reputation of slimming down new products with its latest Bluetooth Wireless keyboard. The wireless keyboard which only requires two batteries to run unlike its predecessors that use three, has been trimmed to dimensions of just 12.8-inches long by 7.3-inches wide by just 1.4-inches thick, although this has been at the expense of the numerical keypad which has been omitted possibly on the assertion that users do not input numbers enough to warrant a separate space.

Other key features include

An auto-off feature that automatically shuts down the keyboard during long periods of inactivity and turns it back on when typing resumes, a testament to Apple’s commitment to energy conservation.

An aluminum base that is reminiscent of the MacBook Pro’s Unibody aluminum enclosure but with white keys and a compact design that helps to prevent dust that builds up over time with standard keys.

Easy to replace batteries that require nothing more than a coin to unscrew a small metal plug on the left side of the tube.

Replacing the batteries is as simple as unscrewing a small metal plug on the left side of the tube with a coin. 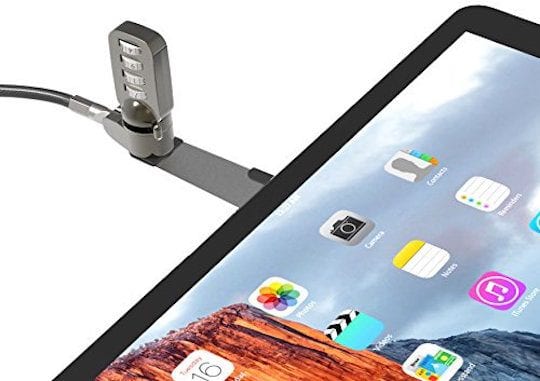 The possibilities that come with owning powerful computers like the MacBook mean you often may have to work in high traffic areas like the park or during hangouts and risk losing your system to theft now that Apple has phased out the Antitheft Kensington security slot on all new MacBooks. A more practical solution to secure unattended MacBooks is Maclock’s The Blade.

Maclock’s The Blade is a security bracket with a lock slot that can be attached to your Mac and allows you to connect a security cable lock.

The Blade attaches below your MacBook with a strong 3M adhesive. Maclocks recommends letting The Blade sit for at least 12 hours to allow it to form the “ultimate bond” before testing. Once attached, the casing includes a thin metal bracket that rotates outward and presents a lock slot.

Besides helping to secure your Mac, Blade’s design also allows it to raise the rear of the MacBook, adjusting the height and angle of the keyboard for ease of typing as well as improve heat emission during use. 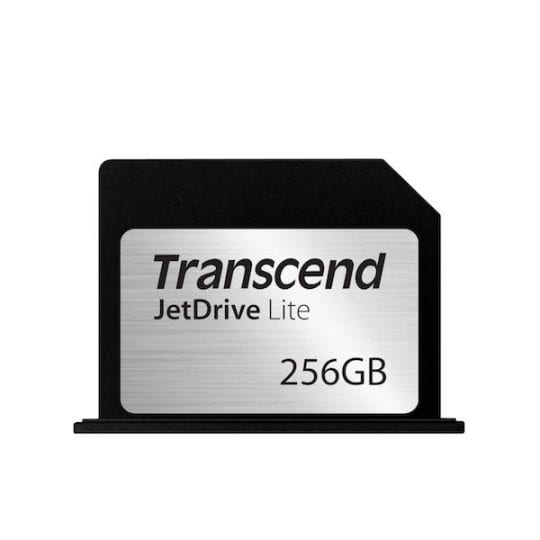 If you ever felt the need to add up 256GB of storage to your computer without the inconveniences associated with an external drive, Transcend’s JetDrive is what you need.

With transfer rates of up to 95MB/s read and 60MB/s write, JetDrive 250GB stands out from other expansion cards for its relatively low cost($154.99) and topnotch quality.

Each JetDrive Lite model occupies the SD port of its compatible host device and once JetDrive Lite is installed, it can be used as an attached volume; users can set JetDrive as a backup location for Apple Time Machine, or use it to store extraneous media libraries (e.g., music, photos, and videos).

JetDrive is built to fit in the SD port, the card extends slightly from the SD port to enable ease of removal. JetDrive is certainly the preferred option for students who are on a budget, but want additional storage space without the hassle of external drives. 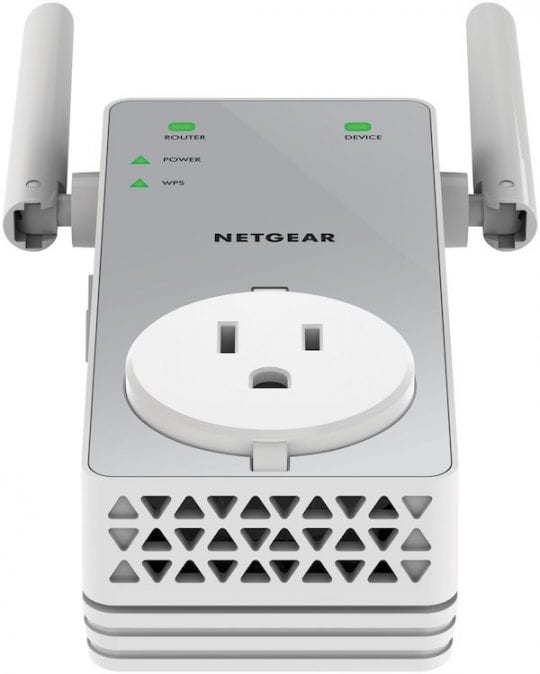 Sharing your network with too many people can really hamper your internet experience, the network becomes slow due to the congestion, and this can be so frustrating, well, that’s why you need Netgear’s WiFi Range Extender. These will work to extend the wi-fi coverage of all your Apple devices as well as non Apple devices. These Extenders are available in different models.

The AC750 also provides you with an extra outlet which can be really helpful if you are sharing outlets with others in your apartment.

The AC1200 is a relatively large, standalone piece of networking hardware that looks like an access point.

It also brings a USB 3.0 port (for connecting USB external drives and printers) and five Gigabit Ethernet ports to bridge networking gadgets, and you have a winning Wi-Fi range extender.

The EX6200 can operate horizontally or vertically on a red stand that is included in the packaging.

The EX6200 has an 800MHz dual-core processor, for starters. In addition to its 700mW high-power amplifiers, the device also has two 5dBi high-gain external antennas.

The EX6200 may be more expensive than smaller, wall-mountable extenders, but it can also operate as a bridge with five Gigabit ports. It also sports a USB 3.0 port, which allows it to operate as a print or media server. And then there are those powerful components under the hood. Take all that into account, and the price seems fair.

So there you have it, for some extra bucks, these are certainly must have accessories to help make your MacBook experience reach its full potential! They provide you with portability, extra storage and security.