You are here: Home / iPhone / 4 Things to Look Forward to with the iPhone 7 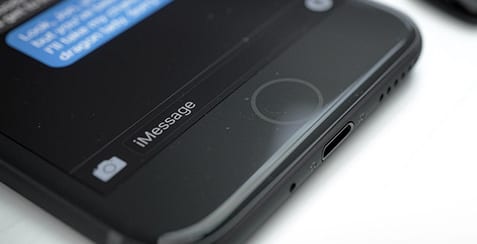 The iPhone 7 event is just around the corner, and I think we’ve reached the point where slimmer and faster doesn’t get the general iPhone user excited anymore. iPhones nowadays are more than fast enough and most users I’ve talked to would prefer more battery over a slimmer device.

In order to get current iPhone users excited about the iPhone 7, Apple will need to introduce a few real world practical features. While they may look good on paper, speed bumps and graphic improvements just aren’t enough to convince iPhone users to upgrade anymore. Gone are the days when Phil Schiller’s spill about the latest iPhone’s GPU performance is enough to drive customers to the store.

Now we’ve all heard the rumors of the new iPhone ditching the headphone jack. There’s also speculation of a new darker color option, a redesign of the antennae lines and the familiar iPhone 6 design. But I wouldn’t go as far as to call any of these features, much less will they convince current iPhone users to shell out the cash for a new iPhone.

Fortunately, it seems Apple plans to introduce some useful features that will help justify upgrading. Of course, I hope the iPhone 7 is more than a product I feel the need to defend purchasing, but I digress. In this article, I want to dive into a few features most likely headed to the iPhone 7 that I am genuinely looking forward to.

Whether you’ve noticed or not, Apple has been slowly increasing the iPhone’s water resistance over the past few years. While the company has introduced the improvements mostly under the radar, water resistance will hopefully take centerstage for a few minutes during Apple’s September 7th event.

While I obviously don’t recommend it, there have been a number of reports from iPhone 6s and 6s Plus users who have fully submerged their iPhone with no noticeable damage to the device. That’s all well and good, but Apple is facing stiff competition on this front from Samsung, whose S7 line and Note 7 have a IP68 water resistance rating. This translates to survival in water five feet deep for 30 minutes. That said, I’ll be surprised if we don’t hear something from Apple about water resistance when they introduce the iPhone 7.

Dual-lens Camera for iPhone 7 Plus 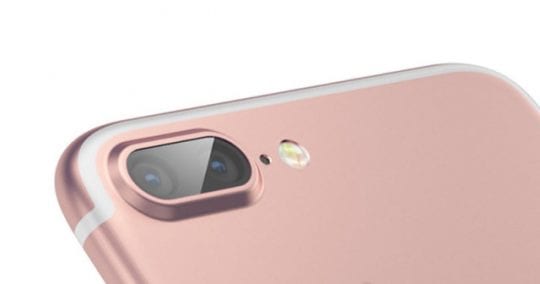 An improved camera is always an expectation with every new iPhone, and this year is no different. This is another area where many argue Samsung’s S7 line, and now Note 7, outperform the iPhone 6s and 6s Plus. Apple surely wants to jump back in front with the iPhone 7.

I expect a major upgrade to the iPhone’s photography game. Rumors point towards the same 12 megapixel sensor appearing on the iPhone 7 models, but those pixels will likely be larger resulting in a significant bump in quality. However, the real excitement is from rumors of the iPhone 7 Plus camera, which is rumored to feature a dual camera system. This system has the ability to create a shallow depth of field by shooting two separate photos and then combining the two into one image. A shallow depth of field is what creates those beautiful blurred backgrounds you see from many DSLR cameras.

There was quite an outcry from customers when Apple introduced 4K video capabilities in the iPhone 6s models but maintained the 16GB base storage option. Fortunately, it seems this will not be an issue with the iPhone 7 line. Apple is expected to raise the storage to 32GB on the base model.

In the same vein as battery life, storage space is essential to using an iPhone. Since a vast majority of us now use our iPhones as a primary camera, storage space is more important than ever. Although the 16GB 6s model received plenty of criticism, it never turned into a publicity nightmare the way “bendgate” did with the iPhone 6 Plus. However, if the company does end up sticking with a 16GB base storage option this year, it will feel like a slap in the face from Apple.

I’m not positive this is accurate, but I would bet good money the Home button has malfunctioned more than any other hardware component on iPhones over the years. I have seen numerous iPhone users with the on screen Home button activated because the hardware button had stopped working. Furthermore, I’ve had a Home button on one of my prior iPhones become stuck, and I’ve heard stories from others who have experienced the same issue.

It appears the iPhone 7 will do away with a clicky hardware button in favor of a flush pressure sensitive button. Along with the new capabilities a 3D Touch Home button brings to the table, non clickable button should eliminate malfunctioning Home buttons.

We believe the iPhone 7 will be blazingly fast and useful on the new iOS 10. Learn about all the useful iOS 10 features that you can use on a daily basis.

Let us know in the comments what rumored iPhone 7 features you’re looking forward to the most.