You are here: Home / How-to / 5 iPhone Camera Tips Even the Amish Swear By

Ever since launching in 2007, the iPhone has slowly become the most popular camera in the world. Point and shoots are gone, and most Apple ads revolve around using the iPhone camera. While most users take advantage of the iPhone’s camera, using it for things like selfies and Snapchat, many are unaware of some of the more powerful yet essential capabilities of the Camera and its app. 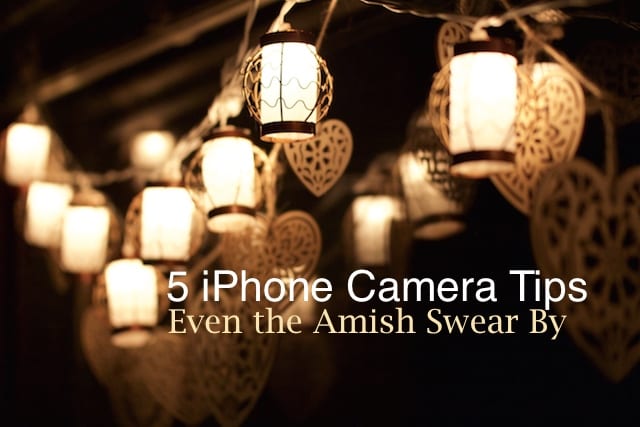 The 5 camera tips in this post will take your photography skills to a new level.

Have you ever been in a moment where you need to take a picture of something really quick, and don’t have the time to set up the perfect shot? Burst mode allows you to quickly take hundreds of pictures, and then pick your favorite one after the fact.

To use Burst Mode, simply hold down on the shutter button. The camera app will then instantly continue taking pictures and counting them up until you’ve stopped. 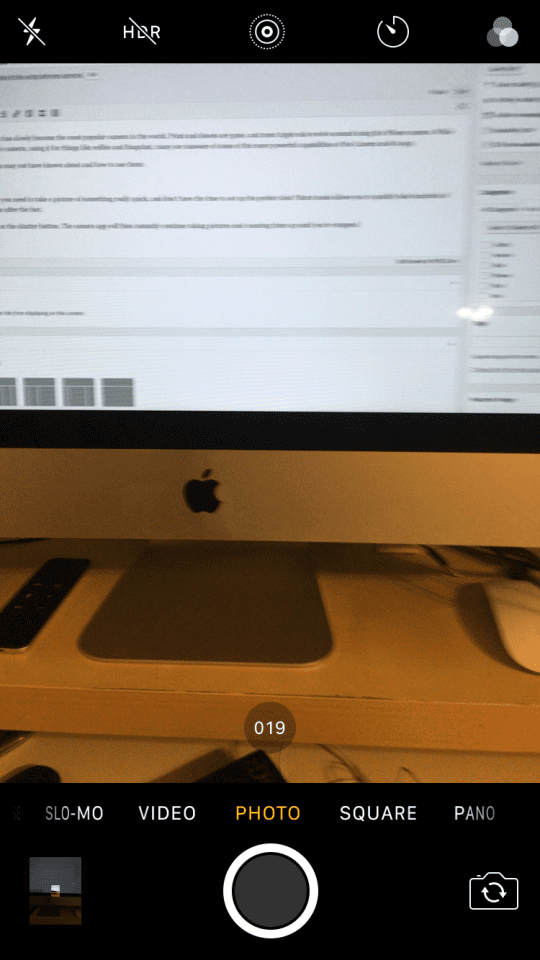 After you’ve finished using Burst mode, head into your photos and find the shot you were just working on. You’ll notice the Photos app indicates in the upper left that it is a burst photo, and tell you how many photos you took.

While Burst will automatically try and detect which photo you took was the clearest, you can select any of the photos you took as the best one. Simply push on the ‘Select’ button on the middle of the bottom tool bar. You can even choose to keep multiple photos from the Burst shot. 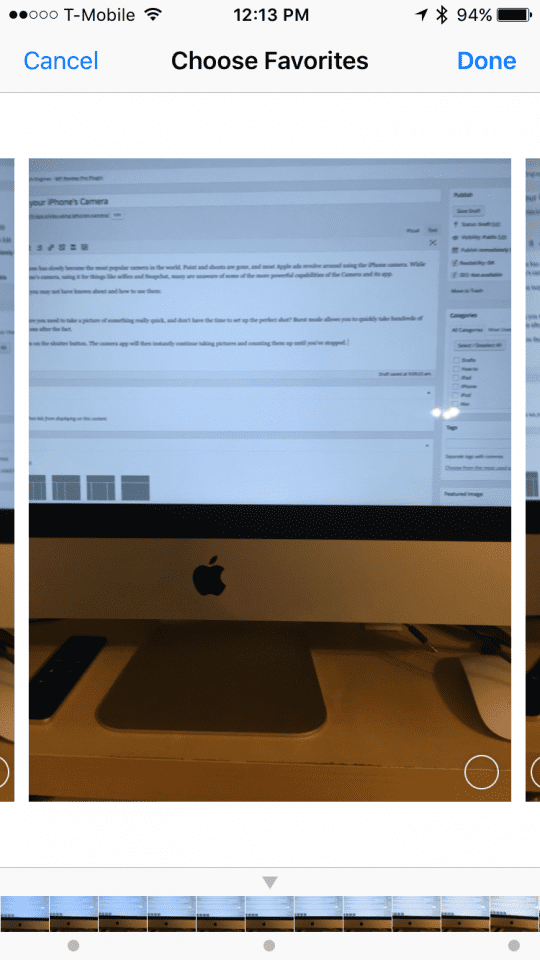 By default, your iPhone’s camera will record video in 1080p at 30 FPS. This is the standard resolution of most televisions, and is what is considered ‘Full HD’. Your iPhone, however, is capable at recording at higher resolutions than HD, allowing you to take clips that will look amazing now and in the future.

To change your iPhone’s recording resolution, hop into settings, click on Photos and Camera, and scroll down until you see “Record Video” options. 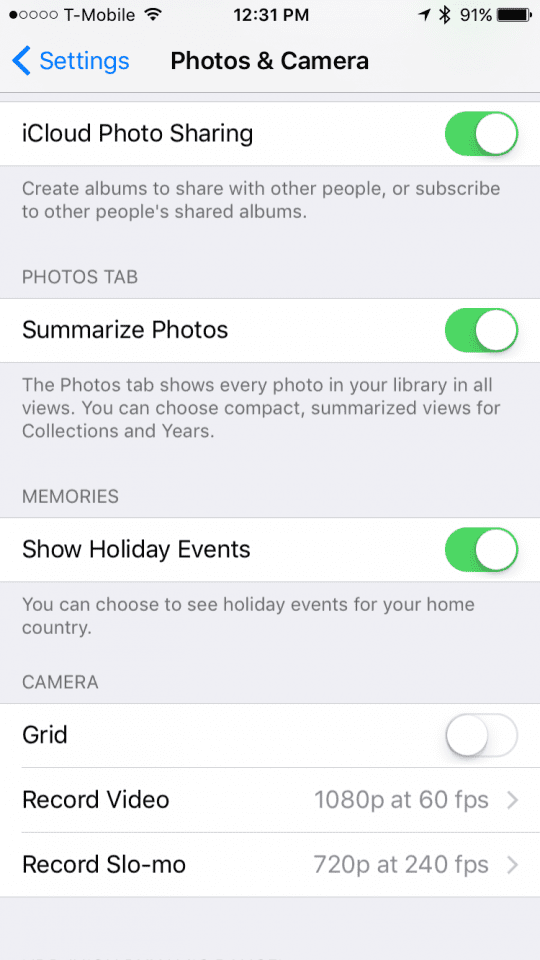 After selecting an option, head back into your camera app, and your changes will take effect.

Live Photos, a feature introduced with the iPhone 6s but also available on the iPhone SE, allows you to take a photo while also capturing the few seconds before and after, allowing you to relive more of the moment.

To take a live photo, you’ll need either an iPhone 6s, iPhone 6s Plus, or iPhone SE. Launch your camera app, and make sure the icon of circles in the middle of the top bar is yellow. Toggling it should show a little message that says “live”. 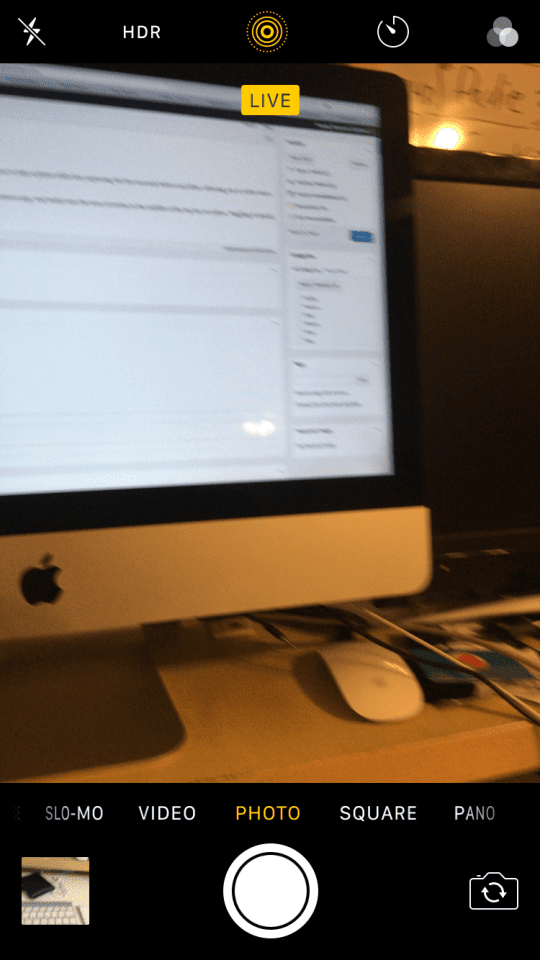 Now, once you take a photo, the “live” badge will stay on a few seconds after. This is to indicate that the live photo is still taking shots, but this should only last a few seconds. The iPhone intelligently figures out when you are about to take a picture to capture the few seconds before.

To view your live photo, go into Photos, select the photo you took, and force touch on the picture. It will begin to play the few seconds before and after. You can even set Live Photos as your lock screen wallpaper, and force touch your lock screen to get the effect. You can also convert live photos into other formats easily so that you can share these with your well wishers.

Beyond taking Photos and Videos, your iPhone can take other forms of imagery as well. All of these can be found by swiping along the carousel on the bottom of the Camera app.

The first mode we’ll look at is Panoramas. This mode will guide you through taking a series of pictures, which the iPhone will stitch into one large picture, to get an almost 360 degree shot. 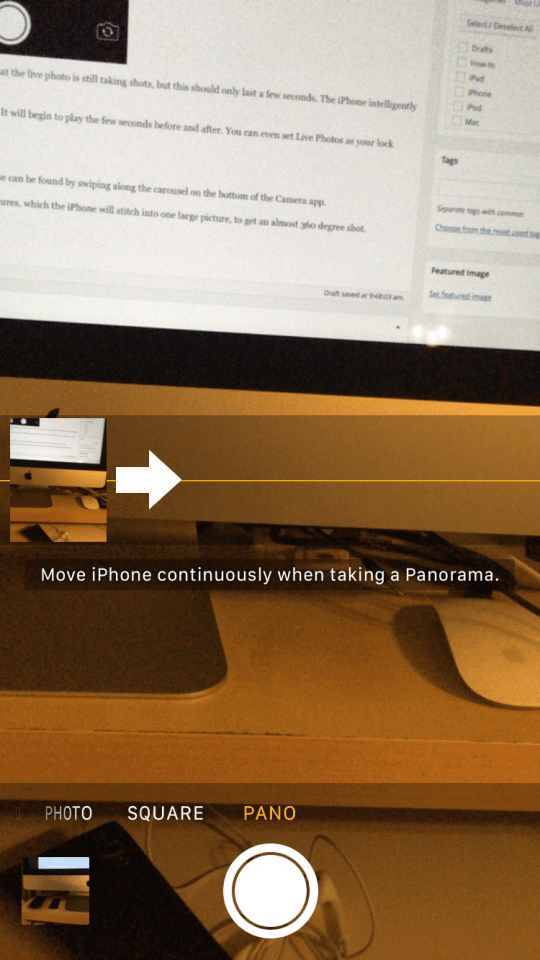 The next mode is slo-mo. This option will record a video at 720p at 240 FPS, and then slow it down to the standard 30 FPS, giving an unbelievably clear slow-motion video. To access it, just move across the carousel and take a video.

The third mode is time-lapse. This mode is meant for taking one long continuous shot, and then speeding it up dramatically. 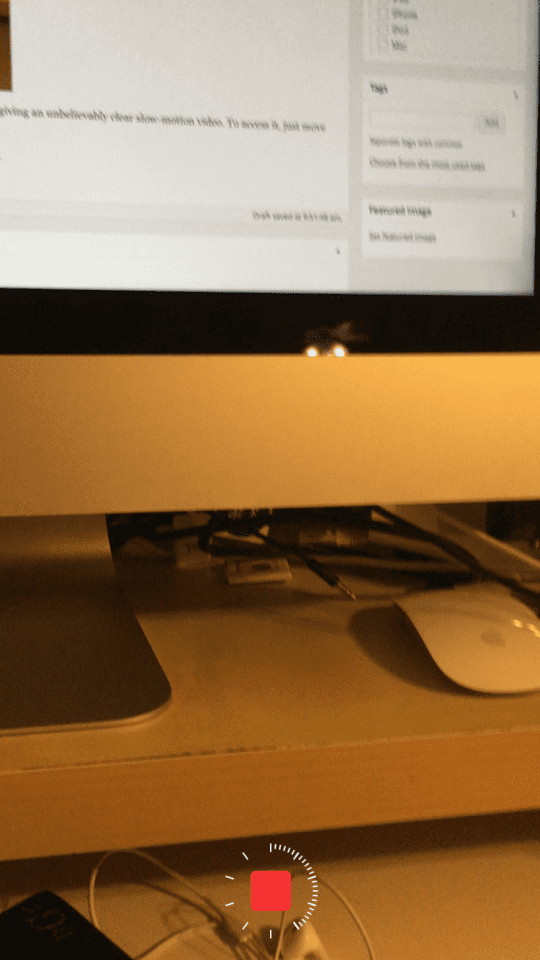 Back on that same toolbar where we found Live Photos, there a few more interesting options to look at. The first is HDR.

HDR, in a basic sense, should make your photos look better, but should only be used in certain situations. HDR stands for High Dynamic Range, with dynamic range being the contrast of light to dark in your photos. HDR takes three photos, each at wildly different exposures, and mixes them together to create a photo that looks more like what the human eye would expect,  over what you’d normally get from your camera. 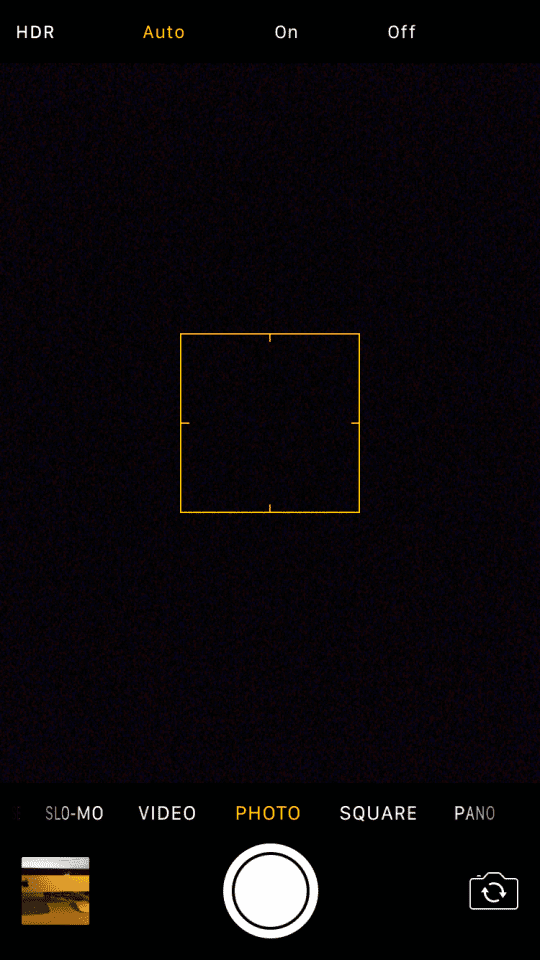 HDR is really good for large still shots, but bad for shots with lots of color or movement. Be careful about when you use it, because it can ruin a photo just as much as it can make a photo great.

The next feature we’ll look at is the timer. This is pretty self explanatory, and allows you to set a timer of 3 or 10 seconds before a photo is taken for the shutter to go off. This way you can grab a tripod and also be in the photo. 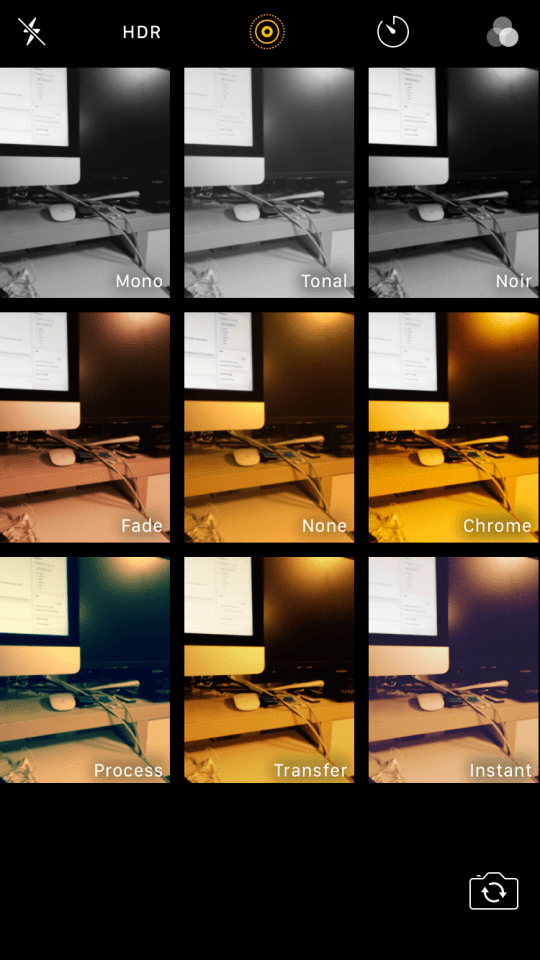 The last feature we’ll look at is filters, which can be accessed by a button with three circles next to your shutter button, but will be moved to the top bar in iOS 10. These filter allow you to give a new look to photo you take, and can be applied by simply clicking on a filter.

The iPhone’s camera is amongst the most powerful pieces of tech you own, and it is important to know its full capabilities. Knowing these tips will enable you to take better pictures, while also staying on top of the technological game.

So go ahead, switch on your iPhone Camera and try out some or all of these tips. Let us know which of these tips turn out to be your favorite?