You are here: Home / News / 7 Apple Facts as It Heads To Report Earnings Tomorrow

Apple reports its fiscal third quarter earnings tomorrow after the markets close. Although the investors have low expectations from Apple this quarter and a lot of discussion will perhaps center around iPhone sales, we figured it will be a good time to check up on some facts about the company, that you may or may not know. So here are seven for you: 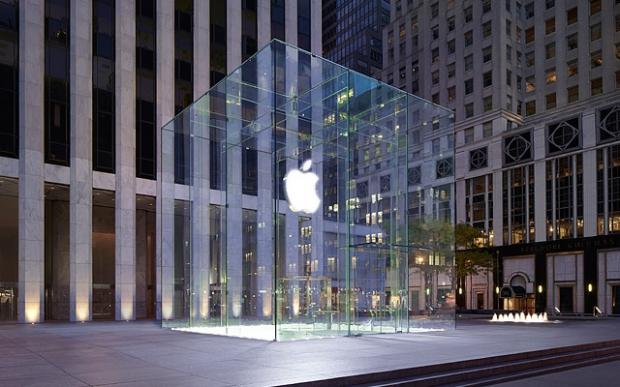 Although we see a lot of coverage around Apple in our US media, there is more coverage in the worldwide media as more than 61% of its sales come from outside the Americas. It is no accident that with every iOS release we get to hear about another new language that was introduced for Siri !

Comparing profits to Sales worldwide for the six months ending March 26, Japan seems to be the best country in terms of providing the profits. For every dollar of Sales in Japan, Apple realized 45 cents of operating income. This was followed by China with 40% and in US, Apple managed to make 33 cents of profit for a dollar of sales.

For every dollar of sales that Apple makes, 25 cents of it comes from China. This does explain why Apple is always working hard to get the momentum going in the Chinese market place.

In 2010, Apple spend $1.8bn in Research and Development. For the six months ending in March 2016, Apple had spend $4.9bn in R&D. Yup that’s the number for just six months which is more than the total sales reported by Tesla in 2015. If only Tim Cook could tweet as much as Elon Musk!

For every dollar of sales, iPhones still bring in the lion’s share at 66 cents. This has been both a blessing and a curse for the company. With slowing iphone sales and slower hardware refresh rates, Apple’s investors do not appear very happy these days. However with new iPhone models coming out soon and talks about a soft landing on the part of the Chinese economy, Apple may prove to be a winner in the longer term. The company is on its way to selling the one billion’th iPhone this week.

More than 60% of Apple’s employees work in its retail locations, the Apple Stores. This allows Apple to interact and learn directly about Customers preferences. Apple has also offered Apple Camp for kids aged 8 to 12 at these retail locations every summer. Get them while they are Young! These are free 3 day workshops for the kids.

According to the latest sustainability report, Apple sources or generates enough renewable energy to cover 93 percent of the electricity they use at their facilities worldwide.

So whenever you send an iMessage, download a song from iTunes, or ask Siri a question, the energy Apple uses doesn’t contribute to climate change.

As debates over national health care have reached new heights in the last few years, Apple has taken a step forward to partner up with leading academics and industry partners in order to explore ways of improving the Health care.

With its offerings in Research Kit, it has been able to make inroads in exploring some of the challenges. Recently it announced a partnership with GlaxoSmithKline for the first clinical study to use Researchkit in understanding rheumatoid arthritis.

How many of these facts did you know?