You are here: Home / iPhone / 7 Must Have MMORPGs Games for your iPhone

Many people prefer playing games on iPhone because of its speed and long lasting battery life. For these very reasons, iPhone is without question one of the best phones to play MMORPGs or Massively Multiplayer Online Role Playing Games. Game companies are moving their focus to these games as they are so many potential players. As a result you have an abundance of games to choose from. No matter what kind of game you like, you are definitely going to find something of interest in the App Store.

We have also highlighted three games that absolutely look stunning on the retina display on the iPhone 7 and iPhone 7 plus screens. The A10 Fusion chip in these new devices does justice to the highlighted games.

The 7  best MMORPGs to be played on your iPhone 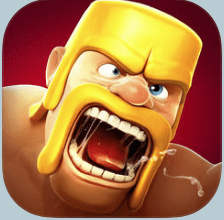 This game needs no introduction as it has gotten so massively popular. It has a very expansive and competitive following, so much that it has become an iconic game. You get full liberty of customizing your own city and also design a tower assault style when attacking other places. The aesthetics, the environment and the overall feel of the game is simply captivating. Developed by the creators of Boom Beach, you will find that the quality is pretty much the same. 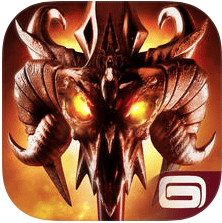 This game has loaded weaponry of 900 pieces and involves hundreds of skills and techniques. For every mission the best spells and gear are equipped to master it. It features a solo track where you hunt monsters and other villains in a total of 69 missions. There are multitudes of environments that you face along the way like the rustic Valen Outpost. You can allow 3 other players to play along with you and help you complete your missions. The loot that you collect on the way needs protection from minions and traps rooms. This game has so much going on that you will find yourself even more interested after every mission. 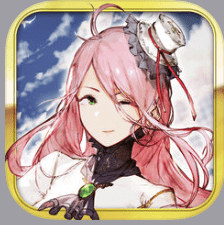 Avabel is another 3D MMORPG that deserves your attention. It offers features like sequential attacks using jumps, combination of strikes, monster hunts. It includes two fields the Main Tower for multiplayer and Dungeon for both multiplayer and solo players. A PvP mode in the game allows up to 1000 players to play in real time which goes to show how massively multiplayer it is. The aesthetics of the game make it one of the best multiplayer games out there. 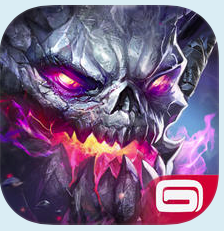 It is by far the one game that offers a comprehensive MMO experience especially on your phone. You create your own character and the game involves 15000 skills and 8000 equipments. Expanded over 5 races, you explore the Haradon and make friends and foes along the way. You trade things, fight in duels and communicate with allies in a truly multiplayer essence. Forming an enhanced party, you can grow your squad to become undefeatable and conquer legendary dungeons. With 1500 quests concluding the game, it is going to take plenty of time for you to complete it. 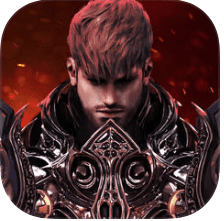 Heroes of Incredible Tales involves amazing 3D environments driven by Unreal Engine 4. It is relatively simpler to play as the controls are simple and there is much flexibility of combos. Prepare to unleash multiple attacks with a single tap so you master your attacks over time and learn to do them together with simple controls. You can choose from a wide range of equipments to customize your heroes, and go as far as to change skins. You get to challenge other players in the arena or slice monsters and explore the world at your own pace.

This game uses the gpa data to layover a virtual world over the real world. It is an emerging augmented game and is unique in that it uses real world events to shape the episodes of the game. Visually it seems simple which is because the main focus is META where players maintain portals and team up.

This game has multiple kinds of environments and is one of the best MMORGPs for your iPhone. It offers combats, city management and strategy. If you liked playing Farmville, this game is definitely going to appeal to you. Unlike Farmville, you battle it out too so it is a combination of strategy and power. It is not so popular but it should be as it is one finely designed game that keeps you motivated to get more of it.

Most of these MMORPGs are free to download from App Store so even if you do not like the game, there is no loss. Some of the games already have millions of players around the world while others are catching up.

If you have the new iPhone 7 or the iPhone 7 plus, there are games that come into life on these devices and are worth taking a look. The A10 Fusion chip on these new devices adds some serious processing power and performance. 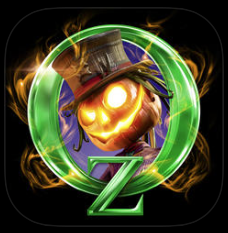 This game is free to download and some pretty serious advanced graphics. You will lead the battle against the Great Darkness that has cast its shadow across the peaceful Land of Oz. The legendary heroes of Oz – Tin Man, Lion, and Scarecrow look awe inspiring on the new iPhone 7 as they try to stop the rising evil, restore the balance of magic, and return the kingdom to its rightful glory. This is in fact one of those games that Apple showed in its keynote address. 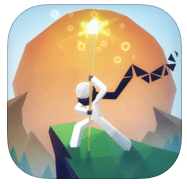 The retina display on the new iPhone 7/ 7+ does justice to this game. You will see the amazingly designed 3D worlds. If environmental protection is something that you care about, you won’t be disappointed in this game.

Of course there are many other titles such as Rayman Adventures and Riptide GP: Renegade that are worth trying on your new iPhone 7 device.

If you are an avid gamer, you will not be disappointed with these selections.

Are their other games that you have been able to try on your iPhone 7/7+ that have left you speechless ? Please share your favorite game titles using the comments below.