You are here: Home / iPhone / A month after release, the iPhone 11 is still making the Pixel 4 look bad 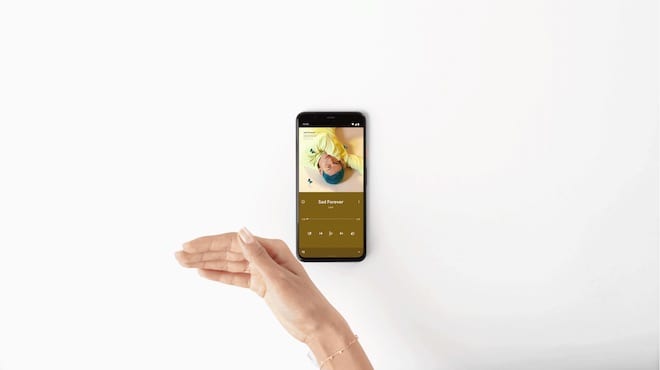 Google on Tuesday officially unveiled the latest iteration of its Pixel flagship. But how does the new Google handset stack up against the latest and greatest from Apple?

While past Pixel models have been dubbed “iPhone killers” before, the Pixel 4 and Pixel 4 XL have trouble living up to that moniker. Here’s what you should know about the Pixel 4 and how it compares to the iPhone 11 lineup.

Google Pixel 4 features — how impressive are they?

Google’s Pixel 4 is undoubtedly a good phone. But you could say the same about pretty much every flagship smartphone on the market today.

The real question here is whether the Pixel 4 is a serious threat to the iPhone 11, iPhone 11 Pro or iPhone 11 Pro Max. Based on a number of factors, it’s probably not.

For years, the Pixel camera has been praised as one of the best in the business. But back in September, the iPhone 11 Pro dethroned the Pixel and took the crown of the “best smartphone camera.”

At this point, it’s not clear if the Pixel 4 can retake that crown. On the newest Google handsets, the improvements in the camera department are strikingly incremental.

There’s a second telephoto lens on the rear of the Pixel 4 lineup, finally. There are now live Smart HDR previews in the camera and Google says it has improved some of the computational photography mechanisms.

It’s still early in the Pixel 4’s life cycle and the Pixel has long had an excellent camera anyway. But there’s not a lot here to suggest that it’s a significant improvement over the iPhone 11 Pro’s camera setup.

Google has taken a page out of Apple’s book for the Pixel 4, specifically when it comes to biometric authentication. The Pixel 4 has officially ditched fingerprint reader in favor of a Face ID-style security system.

According to early reports, the system works blazingly fast. But while it relies on similar technology like Face ID, Google says it works a bit differently. At this point, we don’t know if it’s as secure as Apple’s authentication system.

There’s also a new Motion Sense feature that leverages radar technology to pick up motion. That allows users to use hand gestures to control various features, such as music playback or dismissing calls, without even touching the device itself. It also lets the Pixel 4 know when you’re reaching for the device.

Google, as it typically does, has also added some serious improvements to the machine learning and artificial intelligence aspects of the Pixel 4. There’s a new Neural Core that allows for a more intelligent Google Assistant and much better voice transcription capabilities.

Both Pixel 4 models pack a Snapdragon 855 processor and 6GB of RAM. Compared to the strikingly powerful A13 Bionic, the Qualcomm chip just can’t keep up. While the Pixels have more RAM than the latest iPhones, Apple devices have always done more with less.

When it comes to battery and power, the Pixel 4 actually appears to have a smaller battery than the iPhone. In an era where battery life consistently ranks high on lists of consumer priorities, that just doesn’t seem like a smart move.

The OLED displays on the Pixel 4 models are pretty impressive, particularly with their high refresh rate. When it comes to the overall quality of materials, both devices are fairly evenly matched.

Google’s latest handsets are actually a bit lighter than the newest iPhones, possibly because of their smaller batteries. The two device lineups also differ in dimensions and display size, but that’s really up to personal preference.

Compared to the sleek and premium aesthetic of Apple’s latest iPhones, the Pixel 4 looks downright utilitarian. But that’s always been the Pixel’s style and it’s hard to dock points for that.

There are some interesting design decisions here, however. Google has decided to adopt a prominent, square-shaped camera bump just like the iPhone 11 lineup. (Interestingly, Google hasn’t caught the same amount of flack as Apple did.)

When it comes to the phone’s front, it seems like Google has moved a step backward with a really prominent forehead. Some people still hate the notch, and Google has fit some additional sensors at the top of the device. But it’s still looking more like a throwback than a step forward.

The Pixel comes in a few colors, including black, white and orange. Rather than a metal chassis, the edges of the device feature a grippier texture. It is a bit cheaper than the iPhone, starting at $799 for the Pixel 4 and $899 for the Pixel 4 XL.

What Apple could learn from the Pixel 4 ?

With all of that being said, there are several things that the Pixel 4 — and Google in general — does right.

Google Assistant is also still light years ahead of Siri. And on the Pixel 4 lineup, it’s even faster and smarter. Apple has a lot of room to improve in the AI and digital assistant sphere.

There’s also Motion Sense, the innovative new way of interacting with the Pixel 4.

As far as smaller features, Apple should take a cue from the industry and bump up the refresh rate on its iPhones. The Pixel 4’s 90Hz refresh rate is a big step in the right direction.

The same could be said for USB-C. Apple has already moved the iPad Pro lineup over to the port standard. Adopting USB-C on its iPhones would be a tough change, but would offer a lot of benefits for users down the road.

Google has obviously borrowed from Apple with its advanced face unlock and the squarish camera bump design. “Borrowing” features is actually quite commonplace in the smartphone industry. It’s just up to Apple to see what others have done right and adopt those same ideas.