You are here: Home / Reviews / Review: The best gets better with AirPods 2 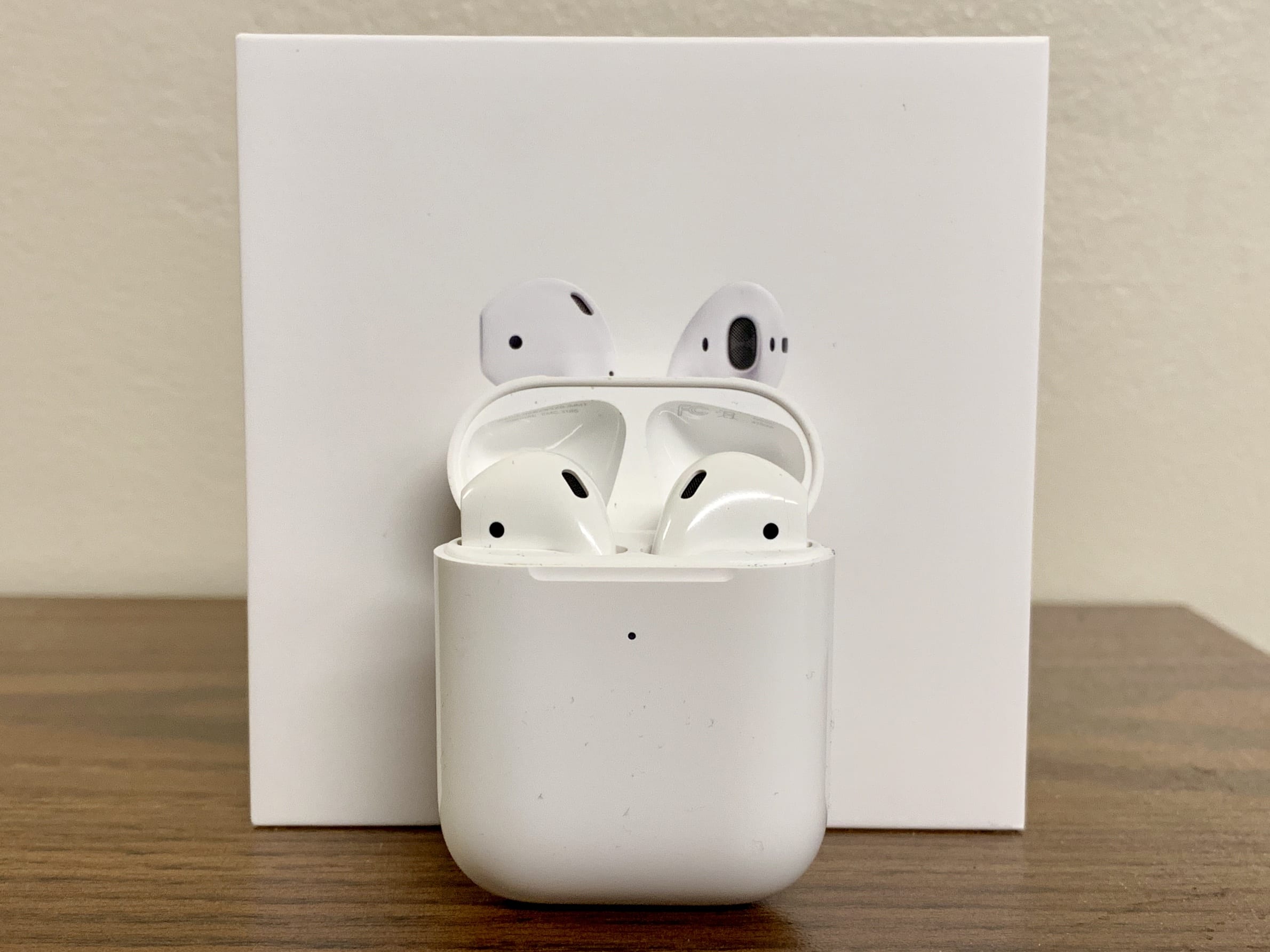 A rule I’ve consistently shared with my friends and family is not to buy first-generation Apple products. While these devices are usually revolutionary — they are also usually the most flawed. The first iPhone retailed for $599 on contract and didn’t feature 3G, while the second release did and only cost $199.

The first MacBook Air was the most expensive laptop in the Mac lineup while also being the slowest. The second was even thinner, introduced the design that Apple would use for about a decade, was as fast as the entry-level MacBook Pros, and cost around the same price as other high-end notebooks.

More recently, the first Apple Watch was slow, buggy, and had terrible battery life; while the second fixed all of these things.

The one exception to this first-generation rule that I can recall in the entire history of Apple, or at the very least the modern era of Apple, is AirPods. First introduced in 2016 alongside the iPhone 7, AirPods were accompanied by the removal of the traditional headphone jack from the iPhone. Apple self-identified the move as courageous and said that AirPods would revolutionize audio.

When they were announced, no one had perfected the concept of truly wireless earbuds. People were even more wary when Apple didn’t end up launching the device until early 2017. Once released, however, AirPods were a surprise blockbuster, with many, including myself, calling them one of the best Apple products since the iPhone.

Now, two years later, Apple is back with a series of new AirPods.

Additionally, you can buy the wireless charging case on its own for $79.

Here are my thoughts:

For this review, I’ve been testing the second-generation AirPods with the wireless charging case. I’ve owned the first-gen AirPods since early 2017 and was, therefore, able to easily compare.

If you aren’t already familiar, AirPods allow you to listen to anything on your Apple devices wirelessly. The AirPods are magnetically stored and charged within the AirPods case, which contains a large battery that can charge the AirPods from 0-100% at around six times per charge. Once you have them on, you can set up commands for when you tap either Pod, so you can easily have one track forward and track back, for example. Removing an AirPod from your ear will automatically pause whatever you’re listening to, and putting it back in will start it back up. You can change this in settings as well.

Despite Apple’s public claims otherwise, I and other reviewers have found the AirPods 2 sound marginally better than the first-generation model. While it isn’t anything groundbreaking, and there is still no active noise-cancelation, the new model appears to get louder and have a stronger base.

The only physical difference between AirPods 1 and 2 is the new charging case, which only comes if you buy the $199 model. It allows you to place the AirPods down on any Qi-compatible wireless charger and charge both the case and the AirPods. In order to accommodate this, Apple has relocated the charging-indicator from within the AirPods case to the front. Additionally, as the steel hinge on the traditional AirPods interferes with Qi, the wireless model includes a noticeably different matte-aluminum hinge.

Wireless charging behaves as expected, and as with most devices, is slower than a traditional charger. AirPods 2 offers a ‘fast charge’ feature, where if you plug in AirPods traditionally for 15 minutes you get three hours of playback, which for me makes the need for the wireless charging capability dubious.

Two possible use cases that make most sense for AirPods 2

The way I see it, there are two possible use cases that would make sense to splurge on wireless AirPods: if you had some form of device that was made to charge AirPods and other devices simultaneously, or if your phone could wirelessly charge your AirPods while they were both in your pocket (stay tuned for this year’s iPhones). Now that Apple has officially cancelled AirPower, the first option is removed. The bilateral charging sounds interesting, but again is not available yet and you could simply wait and buy the charging case after.

In my two years of owning the AirPods 1, which I used probably 5-6 hours a week, I do not think I charged them more than 40 times. I could easily get 30 hours out of a charge, and since my use of them was limited the battery did not wain over the years. So far, in three days of testing and about half-a-day to a day of use, I’ve not had to charge my AirPods 2 and still have plenty of charge remaining.

AirPods 2 support “Hey Siri” for the first time. In order for this feature to work, you must have Hey Siri enabled on your iPhone as well. Once it is, it is kind of magical to talk to thin air and get responses back. In my brief testing, it has understood all of my queries and can do all Siri tasks that you would expect on your iPhone.

The last big change to AirPods 2, and the best, in my opinion, is the new H1 chip. The chip replaces the W1 chip found in the original AirPods and is said to significantly improve the time it takes AirPods to pair.

This definitely works as advertised, as AirPods 2 pair within about 2-3 seconds of my putting them on, unlike the 7-10 second in AirPods 1.

Where it’s incredibly useful, however, is when switching between the iPhone and other Apple devices, particularly the Mac. This use to take as long as 15-20 seconds, and now appears to happen in the same 2-3 seconds.

It’s hard to describe what makes AirPods so magical until you’ve actually tried a pair. It feels almost as if you can privately listen to audio and make phone calls due to the small footprints of AirPods. This, combined with the compatibility between devices, effortless pairing, and great battery life creates one of the best experiences Apple has to offer. AirPods 2 make this experience even better, especially if you haven’t owned a pair before. If you own at least two of the latest Apple devices, or even just a newer iPhone, I’d strongly recommend looking into a pair of AirPods.

If, however, you already own AirPods, this is a tough sell. Apple is selling the new wireless charging case separately, so when Apple does release a compelling reason to use wireless charging, you can easily upgrade your current model without having to pay the full $200. I would recommend waiting until later this year when Apple plans to unveil another model with significant feature upgrades beyond what we’ve seen in this revision.