You are here: Home / Reviews / Why AirPods are Apple’s Best Product in Years

In September 2017, Apple upset a lot of customers. Alongside its launch of the iPhone 7, the company announced it was removing the 3.5mm headphone jack from its iPhones moving forward.

A lot of people claim that AirPods are Apple’s Best Product released in years. I wanted to find out why. 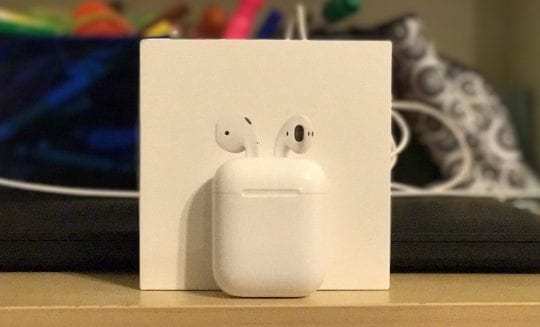 AirPods on a basic level are very simple, a pair of the traditional EarPods you get when you buy an iPhone, except wireless and $159-199 USD, depending on which case you purchase (wired or wireless.)

On a more complex level, however, they are the future of audio. The world’s first truly wireless earbuds and Apple made quite a few tweaks to the traditional design to make this happen.

After a rough launch, AirPods and AirPods 2nd generation are here and selling like hotcakes!

If you want to go to the store after reading this and grab a pair, you likely can’t.

The easiest way will be to order them from Apple’s website and wait a number of weeks for a pair to ship.

The thing is, no one expected these to be so popular, not even Apple.

This got me wondering: why is everyone buying AirPods? So two weeks ago when I got the opportunity to purchase a pair, I did.

When you get your AirPods and open the box, you’ll find your typical instruction manual, a lightning cable, and AirPods.

AirPods are technically a traditional Bluetooth device, meaning to use them they have to pair with your device. Apple, however, realized this was not the ideal experience.

This chip is essentially a computer that makes Bluetooth smarter.

It does a couple of neat things, one of which is making setup a breeze.

Here’s how you set up AirPods for the first time:

1) Pop open the lid of your AirPods near your iOS device. Your device will immediately recognize them. 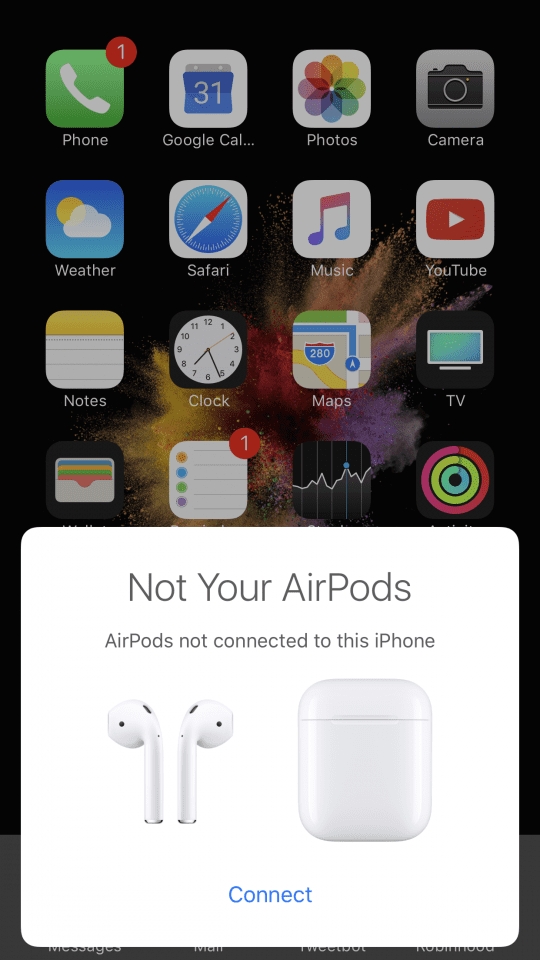 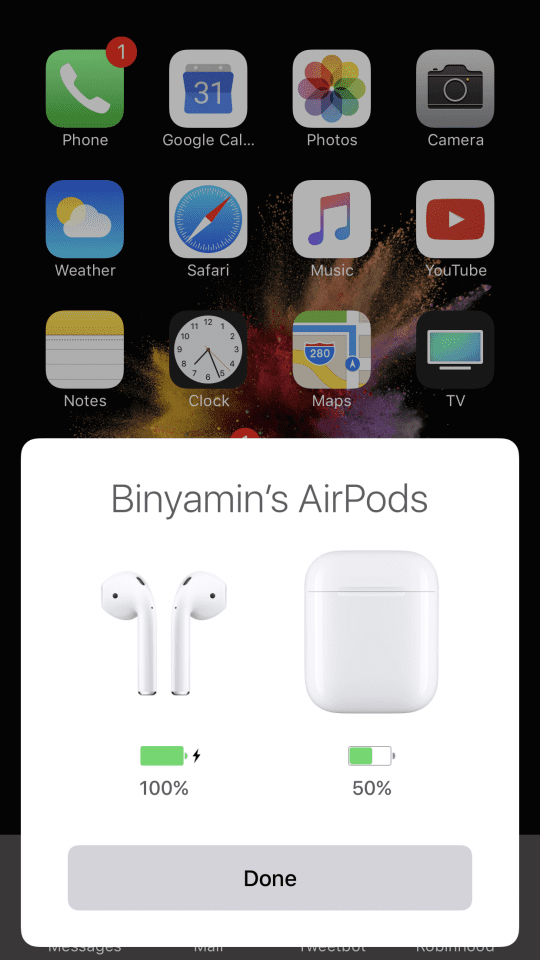 It’s that simple and is overall a ten-second process. Immediately pop the AirPods in your ear and begin listening.

If you would like to use AirPods on a non-Apple device, you can do that too, but you won’t get the benefits of H1/W1 setup. On the back of the AirPods case is a small button. Push it down to enter pairing mode. 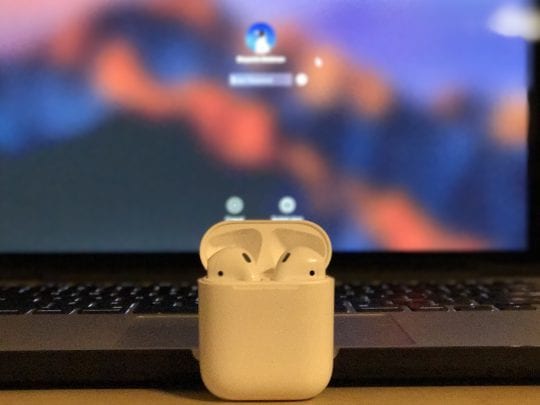 There are three components to AirPods. A left AirPod, a right AirPod, and the AirPods case.

Each AirPod gets about five hours of battery life on a single charge. The case itself holds enough battery to charge them another 24 hours. Not only that, but the case will give an AirPod three hours of charge after about fifteen minutes of charging.

The AirPods and their case feel very well built. While all ears are different, I have never once even almost had an AirPod fall out of my ear, and I often forget they are there.

The overall build quality of AirPods is about what you would expect from Apple.

Using AirPods is a magical experience.

When you want to use them, pull one or both out of the case and put it in your ear.

You’ll hear a charming ‘ding’ to indicate AirPods has successfully connected, and you’ll immediately be able to listen.

The audio from AirPods sounds marginally better than that of EarPods, though not by much.

Everything sounds clear and natural, but don’t expect anything spectacular.

One major problem Apple had to solve with AirPods was replacing the traditional Pause/Volume buttons on EarPods and other headphones. Because AirPods don’t have any buttons, the solution is rather interesting.

For Play/Pause, arguably the most important function to have, Apple came up with a simple but smart solution.

Listening to music on your AirPods and want to pause? Just pull one out of your ear.

Put it back, and it will instantly continue where you left off. This is one of those magical Apple features that you try and get blown away. 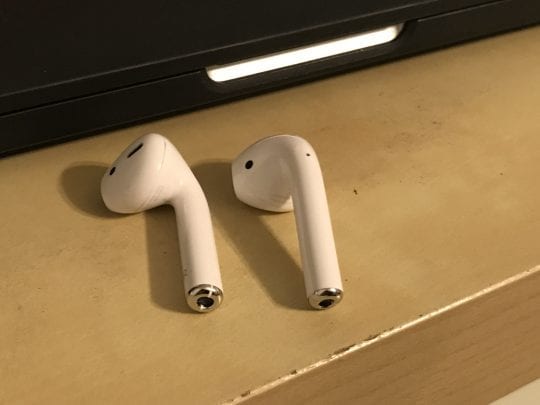 To do anything else, such as changing the volume or tracks, you must either pull out your device or use Siri.

Siri can be activated at any time by double-tapping on one of the AirPods. While in concept this may be a decent solution, the execution is not great.

Siri takes a few seconds to get ready, and you don’t want to be listening to a great song and need to interrupt and say something to make it louder, especially in public.

AirPods include two beam-forming microphones, one on each side, for Siri to work, as well as any other task that may require a microphone, including phone calls.

I’ve found the microphones to be excellent, and far superior to the one found on EarPods.

Speaking of phone calls, fun fact. If you ever get one and are using AirPods, tap on one to answer.

While the H1/W1 chip makes set-up a breeze, it has one other major trick up its sleeve.

It connects to all iOS, macOS, and watchOS devices attached to your Apple ID. 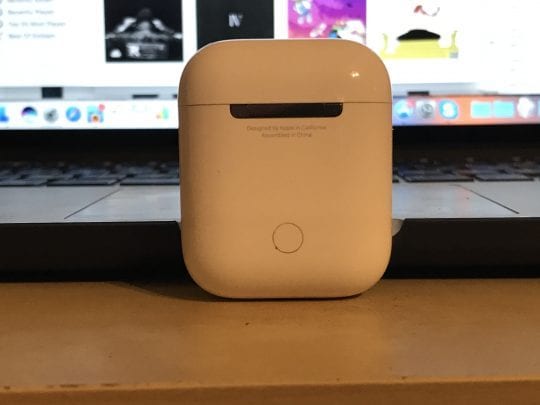 This means you could be listening to something on your iPhone, and when you get to your desk, click the AirPods button in the Bluetooth area on your Mac and instantly switch over.

I’ve found this especially significant when it comes to Apple Watch.

As the device does not allow you to play Music through its speaker and obviously does not permit you to connect wired headphones, AirPods could enable you to take your Apple Watch during a run without an iPhone attached.

Simply sync your Music with your Apple Watch, put on your AirPods, and your off.

Apple’s AirPods are just magic. They work exactly how you would want them too, but even better, and I would recommend them to anybody.

The only thing is, if you want a pair, you better get in line.