Apple is preparing to unveil and release a new ‘pro’ model of the company’s popular AirPods wireless headphones and release the already announced Mac Pro before the end of the year and likely in the next two weeks, a source tells AppleToolbox.

The company is reportedly planning to unveil these products using press releases and smaller journalist events, as they did earlier this year with the 2nd-generation AirPods in March. While we trust this source, there remains a chance the new AirPods will not be released until early 2020.

The company was originally planning on having an event to unveil new products this month, however had to avert this plan following the decision to launch Apple TV+ on November 1.

Prior to making this decision, Apple was unsure how early or late the service would release, and had been waiting to see what completion from Disney and other corporations would do first. As a result, the company had to focus on premiere events for the service throughout October.

In addition to the new AirPods and Mac Pro, the company is also working on a revised MacBook Pro, Apple Tags, and a series of new audio accessories, but we have not heard any news on any of these and expect them to launch in early 2020 at this time.

AppleToolbox has learned a significant amount of new information about AirPods Pro since our last report, which will be shared below.

Apple’s AirPods Pro were originally supposed to launch this past March, but were delayed for a variety of reasons. The release version has been significantly altered since the initial planned release, and includes a significantly changed design and other new features.

The new AirPods are ‘bullet’ shaped in order to enable some of the new functions and to be visibly different from the traditional AirPods.

The case features a new rectangular shape to house the new design and is not plastic, instead using a material with matte finish similar to the glass back of the iPhone 11 Pro.

They will be available in Black for the first time, and possibly other colors, however we do not expect these colors to match the iPhone 11 Pro lineup.

AirPods Pro primary selling point will be a series of listening modes, that allow you to actively switch between noise cancellation and hearing your environment, similar to the transparency feature in the new Beats Solo 3.

They will also feature water and dirt protection (though to a lesser extent than what you would find on a typical smartphone), significantly improved battery life, improved wireless distance, a new chip for better device management, and more.

We believe they will be priced at $259 in the United States. 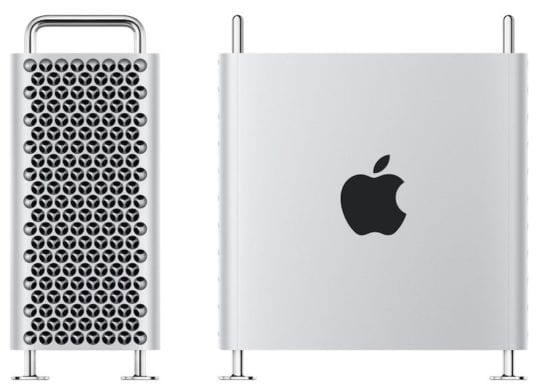 Mac Pro and other products

Apple’s already announced Mac Pro will be launched in the coming weeks, with production having already begun. Both the tower and the XDR display will be available at launch.

A new MacBook Pro redesign with updated keyboard was originally slated for this year but appears to have been moved to early 2020. New HomePods and a pair of Apple-branded studio headphones are also expected in 2020.

In addition to these new products, Apple is working on an Apple Tags accessory, which unlike the others, may also launch before the end of the year.