You are here: Home / News / AirPods Safety, Radiation, and Death of Headphone Jack

2016 is at its end, and for Apple fans, this is the year when the headphone jack died. The year started with angry speculation that Apple was about to kill the headphone jack once and for all in its latest iPhone, the 7. And this year ended with the first arrival of the AirPods, the final nail in headphone jack’s coffin. Many mourn; still many celebrate.  And others wonder about the AirPods safety for themselves and for us all. 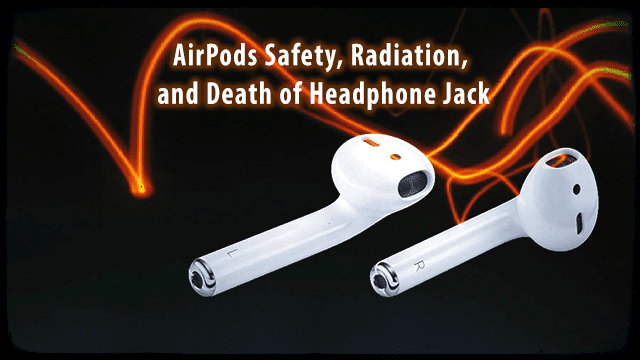 ‘Wireless is the future’

That was Tim Cook’s definitive statement at the Apple Event showcasing its newest product, your future wireless EarPods, the Apple AirPods.

During a later interview covered by ABC News, Cook explained

When we all feared that those tiny (and expensive) AirPods just might fall out of our ears, Tim Cook quickly took to the air to dispel these myths in this interview at Good Morning America. Nope, they won’t fall out…rest assured.

It’s All About the Apple Accessories!

By some estimates, Apple’s AirPods are poised to be a much, much bigger deal than its Apple Watch product line.

These beautifully designed little piece of EarPods are intelligent. For example, with Auto Ear Detection you simply pull them out of your ears and the music stops automatically. Yes, these earphones are small but they are also powerful enough to provide you with an amazing and convenient listening experience. 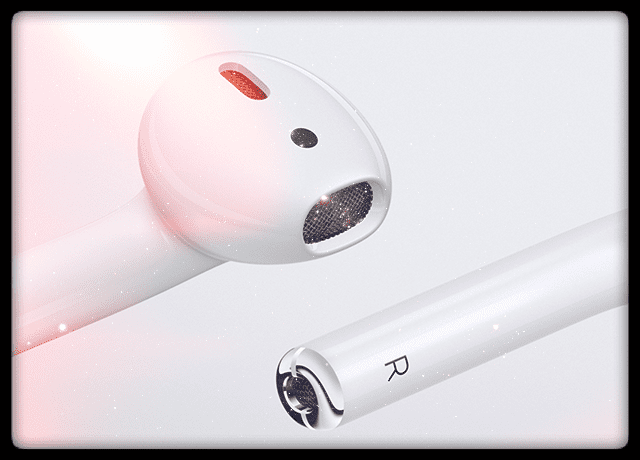 But…are we sacrificing our health in exchange for a bit more space inside the iPhone?

AirPods, Magnetic Radiation, and Microwaves…Just How Safe are these New AirPods?

Given that we actually wear AirPods and they snuggly fit inside our ears, we have to ask how safe these devices really are?

Do they somehow impact our brains, our bodies?

There isn’t much discussion around this issue in the general media.  Not yet.

The Scientist Weighs In on AirPods, Magnetic Radiation

Dr. Joel Moskowitz from University of California Berkeley believes that these devices possibly are harmful to brain health, mainly due to the levels of microwave radiation.

In an interview with Daily Mail Online in Sept 2015, Dr. Joel said

“We are playing with fire here,” Dr Joel Moskowitz, a professor at the UC Berkeley School of Public Health, told Daily Mail Online. “You are putting a microwave-emitting device next to your brain. This has been observed over several decades, he says. It’s like we keep rediscovering that Bluetooth is harmful and trying to forget it because we don’t know how to handle it from a policy standpoint.

Although we don’t know the long-term risks from using Bluetooth devices, why would anyone insert microwave-emitting devices in their ears near their brain when there are safer ways to use a cell phone? Essentially I recommend using corded headsets or hands-free use of cell phones, not wireless ear buds.”

Dr. Joel is not alone in this thinking. In March 2015, Nick Bilton of the NY Times featured an article discussing health concerns around wearable tech. 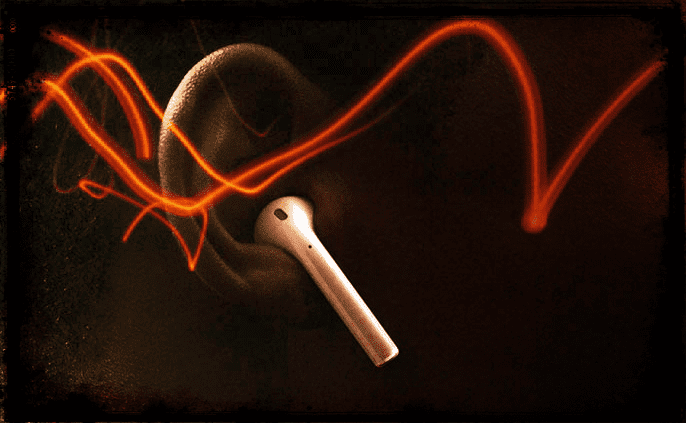 In the piece, Nick points out that there is no definitive research on the heath effects of wearables, but cites some studies including the one study from a World Health Organization (WHO) panel that provides some guidelines around safety levels.

The article also suggested that Apple Watch are safer than other Smart Watches.

“The Apple Watch uses Bluetooth and WiFi to receive data, and researchers say there is no proven harm from those frequencies on the human body. Wearables with 3G or 4G connections built in, including the Samsung Gear S, could be more harmful, though that has not been proved. Apple declined to comment for this article, and Samsung could not be reached for comment.”

How does this wireless stuff work?

Bluetooth uses radio waves in the 2.4–2.48 GHz frequency range to wirelessly transmit signals between devices. That range is also used by microwaves, WiFi, cell phones, and other devices.

The health activists argue that the base line definition of specific absorption rate or SAR is quite old and is outdated by at least 17 years. SAR measures how much radiation is absorbed by the body. Health advocates would like the baseline SAR levels to be more stringent than the current levels of 1.60 w/kg (set  by the Federal Communications Commission (FCC.) 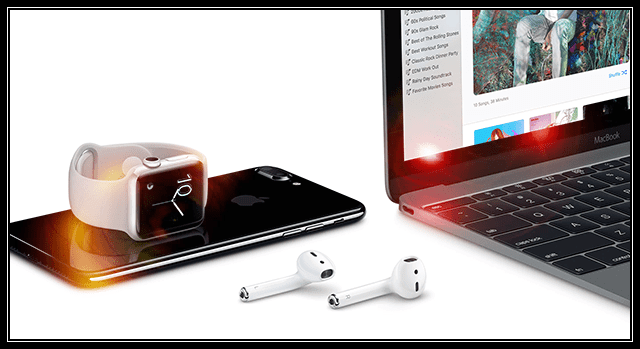 Apple’s Position on the AirPods

In response to Moskowitz’s concerns, Apple spokesperson Alex Kirschner said in an email: “Apple products are always designed and tested to meet or exceed all safety requirements.”

The AirPods safety profile lists a specific absorption rate (SAR) as 0.466 watts per kilogram, well below the current U.S. legal limit of 1.60 w/kg set by the Federal Communications Commission. Compare AirPods to iPhones, where you receive 1.58 w/kg just from holding the iPhone 7 itself against your head or body.  AirPod safety looks pretty good by these FCC standards.

And other researchers including John Moulder from The Medical College of Wisconsin have different perspectives from Dr. Moskowitz. Dr. Moulder believes that the AirPods safety profile is acceptable as they are unlikely to pose health risks since the AirPod’s Bluetooth transmitter hangs down and away from the ear.

Apple has a long standing history as a health conscious company. That includes a growing commitment to sustainability and environmental stewardship.  Apple also maintains a stringent procurement practice when it comes to their products and the manufacturing of those products.

As a Bluetooth headset user, you are better off owning Apple AirPods that fall within the current FCC SAR standards as opposed to buying a cheaper alternative with an unknown SAR score.

Back in the D

When the cellphones originally came out, there were pundits arguing that these devices cause cancer and other chronic conditions. We are now more than 20 years in and we have all moved to a  more wireless world, way beyond mobile phones.

But as a consumer, it is always important to know the benefits and risks of using any type of device, including wireless devices and accessories.

So the final score?  Wearing Apple’s smart AirPods for a few hours a day most likely does not cause any serious health problems.

So what do you think? Are you ready to order your first pair of AirPods? Or are you sticking with a conventional wired headset for the time being? Share your thoughts with all of us.  We love comments and love to learn from all of you.