One of the most requested features from Apple for several years has been sleep tracking. Sleep tracking has been possible with third-party apps for a long time now, but the reliability of these apps is known too well, and the lack of integration with the rest of the Apple ecosystem makes third-party apps a makeshift solution at best. Couple this with the plethora of health-related features already present on the Apple Watch, and it’s easy to see why Apple fans have been bugging the watchOS team to add sleep tracking.

Fortunately, prayers were answered at WWDC20 when Apple unveiled watchOS 7, the first edition of Apple Watch’s software to come with native sleep tracking.

How Sleep Tracking Works In watchOS 7

The tech that’s gone into watchOS 7’s Sleep Tracking feature doesn’t seem to be all that different from third-party solutions, at least on the surface. Using a combination of movement and breathing tracking, the Apple Watch differentiates sleep and wake states to create a timeline of your sleep each night. You can then view this data in the new Sleep app or the Health app on your iPhone.

So, all things considered, it’s a pretty straightforward app. Where it gets Apple-y is, of course, in the integration. 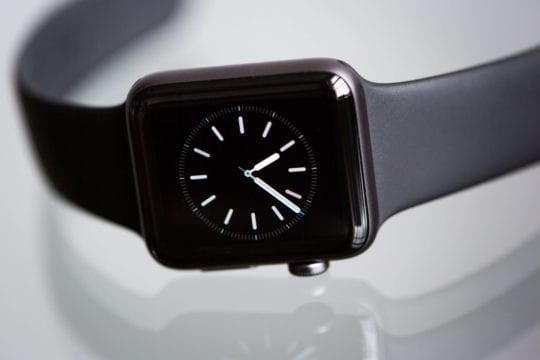 Wind Down in watchOS7

The first thing you’ll notice with Sleep Tracking (once the beta period is over and watchOS 7 is widely available) is Wind Down. Wind Down is Apple’s way of helping you create a bedtime routine, which is one of the most important aspects of a healthy sleep habit.

The way Wind Down does this is by simplifying your Lock Screen, reducing brightness and notifications, reminding you to brush your teeth, suggesting a relaxing podcast or playlist, asking you if you’d like to read or meditate, etc. You can, of course, customize all of these options to your preferences. Wind Down can start as early as three hours before bedtime or as late as fifteen minutes. The goal is just to give you a chance to settle in.

This is where the meat of the new Sleep app is. After you’ve set your sleep schedule in the Sleep app and have completed your Wind Down routine, your Apple Watch and iPhone will both turn off their displays and turn on Do Not Disturb automatically. Then, all night long, your Apple Watch will use your movements to track your sleep, creating a report that is added to the Health app automatically.

Waking up with Sleep Tracking

If you wake up before your alarm, you have the option to turn your alarm off. Otherwise, you have several new wake-up sounds to choose as your morning alarm.

Once you’ve risen and shined, your iPhone and Apple Watch will display a wake-up screen that just tells you a few simple bits of info, like what time it is, what the temperature is, and your battery level. This way, you don’t have to wake up to emails, missed calls, and unanswered texts. Once you clear your screen, it’s back to work as usual!

You can view stats on your sleep times in the Health and Sleep apps to help you better improve your routine. For now, that’s about all there is to Sleep Tracking in watchOS 7.

What Sleep Tracking On watchOS 7 DOESN’T Do

Now that we’ve covered everything you can do in the new Sleep app on watchOS 7, let’s get into the things you can’t do, because to be honest, there are some sorely desired features missing from the app.

Namely, watchOS 7 only tracks when you’re sleeping, not how well you’re sleeping. Other third-party apps do provide this feature, giving you an idea of your REM rhythm throughout the night. In other words, all it does is help you build a healthy sleep habit – there isn’t a lot of complex data tracking going on.

Well, Kevin Lynch, Apple’s VP of Technologies, actually had something to say on this:

In our testing, what we’ve found is that it’s very difficult to understand what’s going on in your brain from a device that’s not reading the electrical signals of your brain. In any of these adventures we go on when building things here we ask, what will make the most difference for people that, from a mainstream perspective, will be easy, helpful, and empowering.
– Kevin Lynch.

In other words, Apple realized in their testing that you can’t determine how deeply someone is sleeping by using the accelerometer in their Apple Watch. The data just isn’t there. Which likely means that third-party apps claiming to provide you with data on the depth of your sleep are probably inaccurate.

While disappointing, this does make a lot of sense, especially for Apple. Another well-known Apple exec, Craig Federighi, made a similar point in an interview with Marques Brownlee when asked about the lack of a calculator app on iPad. Essentially, Federighi’s point boiled down to the fact that the iPad has the screen space and potential to provide a groundbreaking calculator app – but the Apple team just hasn’t had the right idea yet, which is why the iPad still doesn’t have a native calculator.

The takeaway is that if Apple isn’t completely confident in its ability to knock a feature or service out of the park, then they’ll simply pass on it. And it’s for this reason that, as of now, the Apple Watch’s sleep tracking features are relatively simple. 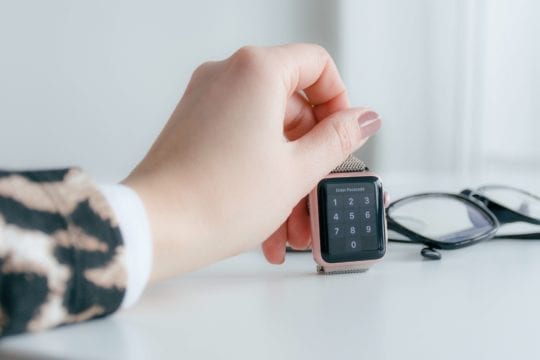 One of the main concerns Apple Watch users have about the new Sleep Tracking feature is how it’s going to impact their Watch’s battery. A reasonable concern, as having an app in use all night will certainly have some impact on your Watch’s battery when you wake up.

Fortunately, early testing is showing that the impact on the battery is fairly manageable, though not ideal. Many testers have reported losing between 10% and 20% each night that they use sleep tracking. To help with this, your Apple Watch will notify you if your battery is below 30% long before you go to bed so that you can charge it before you go to sleep. But if you’re someone who only charges your Watch while you’re sleeping, then you’ll either have to change your habits or pass on this new feature.

You can read more about watchOS 7’s new features here.

How to track my sleep on Apple Watch?

How does sleep tracking work?

Sleep Tracking in watchOS 7 works by using the accelerometer in your Apple Watch to track your movements, differentiating between sleep and awake states. Third-party apps use similar methods, sometimes combining microphone input as well.

What are the best sleep tracking apps on Apple Watch?

For those who don’t yet have watchOS 7 or want features that Apple’s new Sleep app doesn’t have, you can use these sleep tracking alternatives for Apple Watch:

watchOS 7 is available on the following devices: