You are here: Home / How-to / Apple allowing iOS Downgrades for Your Older iPhone and iPads 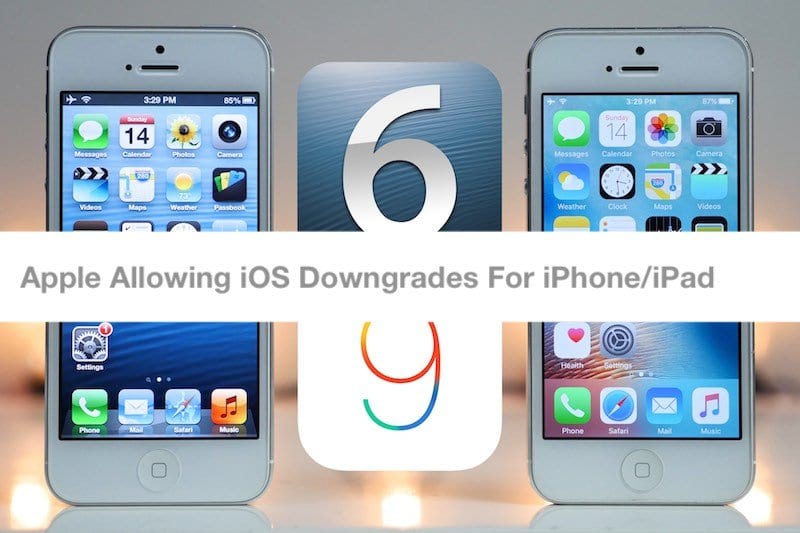 We were surprised to find out today that Apple is suddenly allowing users to downgrade their operating systems. If you have an older iPhone or an older iPad and were always a big fan of the older iOS and wished you had never upgraded your device, this may be your window of opportunity.

– It appears that this was a mistake at Apple. The window of opportunity only lasted a few hours. They have stopped signing older iOS versions now.

It appears that you can downgrade all the way back to iOS 6 if you choose to do so on your older iPhones.

Who would have thought that one day you will have the ability to go all the way to iOS 6, an operating system that was released way back in 2012 and was one of the popular iOS versions.

Typically when Apple releases a new iOS version, you have a limited time window to downgrade to the prior version and after that Apple stops “signing” devices for older iOS.

That has always been the case for many years now. The idea around that approach was that it will discourage jail breaking on Apple iPhones.

We are not sure why there is a change in direction from Apple. We haven’t seen any official policy change from Apple Support but we have seen a lot of people rushing to downgrade! 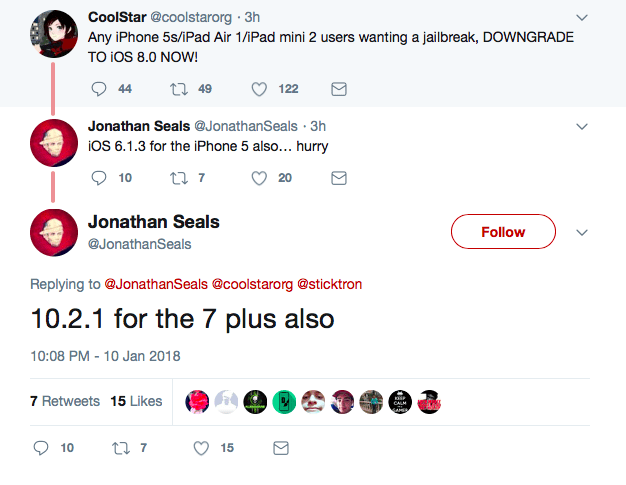 This could be a one-time thing or it could be a new policy moving forward. There is also a chance that this happened by mistake affording you the window of opportunity if you have always wanted to downgrade to one of your favorite iOS versions from yesteryears.

There is also a possibility that this change in policy is a result from the “throttling” issue. Given that more than 30 lawsuits have already been filed ever since Apple disclosed that they intentionally slow down older iPhones on newer iOS, this could be a way to allow users to move back to pre-throttle era on their devices. Throttling became an issue after iOS 10.2 and hence many users are trying to downgrade their older idevice to 10.2 and back.

The other reason that some readers are suggesting is that Apple may be doing this due to the Meltdown/Spectre issue but we highly doubt that Apple would have gone back and updated these older iOS to address the security vulnerabilities.

Or Somebody at Apple is getting fired tomorrow for sure for this “mistake”.

Users have reported downgrading their older iPhone 5s, iPhone 5and iPad mini 2 to iOS 7.1.1 successfully. Jailbreak enthusiasts have downgraded their iOS all the way back to iOS 10.3 on their iPhone 7. iFolks were also able to downgrade their iPad mini 1 to iOS 6!!

How to Downgrade your older iPhone to Prior iOS Versions

If you are looking to downgrade, start by heading to the ipsw site. Choose the device that you want to downgrade and you will find the different IOS versions that are supported in green font listed.

Download the version that you want to downgrade to using your computer and then use iTunes to update the device. Start up your iTunes and connect your device to the computer using a cable. 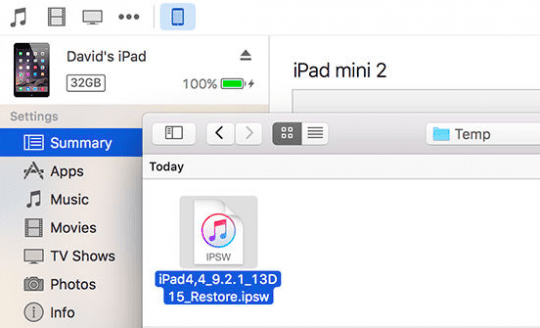 This will prompt you to choose the location of the downloaded iPSW file and it will use your downloaded file instead of the normal latest iOS file from Apple to restore your device.

This might be the window of opportunity to breath a new life for many older iPads that are gathering dust in so many living rooms all across the globe.

We will keep you posted as we learn more about this story. Please let us know if you have any questions and feel free to share the article with other wellwishers whose idevice might be suffering on a newer iOS.