You are here: Home / Reviews / Permission to Come Home via the New Home App

WWDC this month showcased some interesting new thinking on the part of Apple. We can reasonably deduce that most of the innovations have a singular objective, which is to make it easier for people to use technology in their day to day lives.

If it is easy, people will adopt. Apple has learnt that lesson very well. One aspect of the WWDC that stood out for me this year was the demo around Homekit and how it has been made into a separate app called the “Home” app in iOS 10. 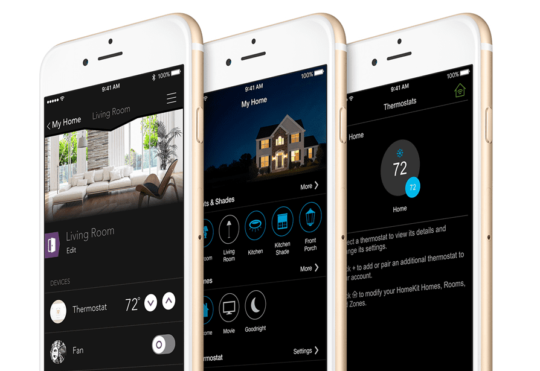 Controlling Home interfaces and integration of all the devices by just using Siri on your phone is simply mind blowing. Using Homekit, once can now create multiple “scenes” and invoke this using a simple Siri command such as “Leaving Home”. The app would then dim your lights, control your thermostat settings and set up your home security as you prepare to leave your home. Can’t get any simpler! Or is it?

Is it a new beginning for consumer friendly Internet-of-Things (iOT) Technology?

I live in the west coast where people are quick to adopt new technology. So I decided to check things out for myself. In my neighborhood in LA, I noticed that there are a lot of Apple fans.

These creatures of habit can be seen thinking over a cup of espresso at our local coffee shops with their Macbooks open and their minds free. When I showed them the WWDC homekit demo, the most common reaction that I was able to obtain was “Wow Fancy!”. Only about 10% of the people surveyed had dabbled with a homekit compliant product and majority of it was around light bulbs. Felt like we are light years away from practical adoption of this technology. 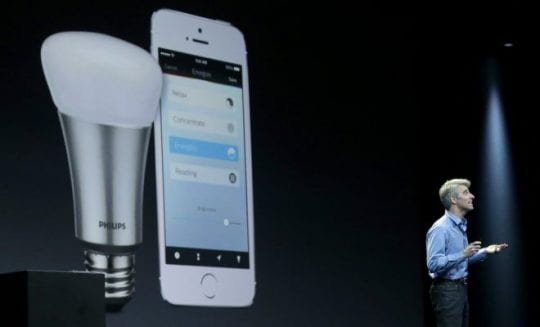 Fancy is not what makes a technology main stream. It takes more than that for a new technology to come out of the homes in Beverly Hills or Studio city and make it to a typical American neighborhood.

This would imply that a) the technology needs to be affordable and b) it is more than keeping up with the Jones’es. It needs to provide a deliberate reason for its existence in terms of the value that it brings to the table c) it needs to be safe and secure and d) lastly it has to be user friendly.

I think Apple is on the right path with its approach to consumer oriented internet of things technology.

Who is the New Consumer?

I will be the first to admit that I have held a very myopic view of the new consumer when it comes to brand new technology. For example, I always thought that the Apple watch would be a hit with the teenagers and young adults that sport fancy iPhone 6S models. Teenagers, because it is the next new thing and young adults because they like to exercise and stay fit.

The people that sport the Apple Watch are regular working class folks who are prohibited from checking their phones while at work. Costco employees on the shop floor as well as employees at Kaiser pharmacy were some of the folks that I found who are required to not be on their phones.

They have found the notification feature in the watch very useful. It allows them to check for text messages, keep tab on information from the kid’s daycare and coordinate logistics of picking up their kid from school and day care etc. That’s not fancy. That is actually a deliberate reason to use technology to make life easier.

With more than 76 million baby boomers poised to retire or already in retirement, there is bound to be a need for technology that can make their lives simple and comfortable. The numbers are more staggering when you look worldwide. Most of the developed countries will have older population than younger demographic.

Somebody who has arthritis will tell you how difficult it can be to get up from your chair and switch a light or turn on the fan. Furthermore, with electricity prices on the rise, most people are trying to look for energy efficiency technologies that can save them big dollars on their utility bills. Having an intelligent and affordable technology that can provide them this convenience will be a game changer and I think Apple is onto something pretty big here.

Confetti and emojis on your iMessage aside, Apple has been dabbling with Homekit, Healthkit and Researchkit for quite some time now. All the three technologies have exceptional value to offer to the aging consumer whose spending per day has more than doubled in the last 6 years from $55 a day to $105 a day.

Apple has been working with home builders such as KB homes and Lennar homes so that the new Homekit technology can be integrated into new construction. Just Google KB or Lennar homes in Florida, you will see the trend of new construction that is going on in this popular retirement state.

Apple is Not Alone

Apple is not the only company that understands the huge market potential of this new business to consumer offering. Last week Samsung announced that they are going to invest $1.2 billion dollars in US over the next four years, focused on Internet of things. “The IoT (technology) is already penetrating our daily lives, and collaborative works are highly necessary in order to find ways to enhance the potentials and value of IoT tech,” said Samsung’s vice chairman Kwon Oh-hyun.

Samsung is investing and positioning its Smart things platform as an alternative technology to Apple’s Homekit. The other big players are also trying to establish themselves.

Amazon’s Alexa via Echo may have sounded a little geeky to start with, but Amazon is trying to integrate its Alexa platform to other devices including Ford cars. As Amazon’s Alexa enters more and more third-party products it can become a formidable competitor in the smart home automation space.

Google has been in this space since its acquisition of Nest. It is trying to make the Nest the central platform for iOT connectivity in the home. It introduced the NEST API and the Nest Weaver platforms to developers last year. The team also acquired dropcam which was a very popular consumer product.

There are new upstarts in this space as well such as the one from SensorSphere :

It Appears that Apple has focused on developing a software strategy as opposed to a hardware oriented one. By making Siri SDK available to third party developers, it will begin to see more innovation around the integration aspects of this technology. With more homes already sporting iPads and iPhones, Apple already has a market that it can attract by offering a solid software product that can integrate with third party hardware. By controlling the software, Apple can and will make sure that the devices are compliant to strict security standards and other important factors.

I think that the Home App on the new iOS 10 is a winner and is the right step for Apple to gain respect for the values it stands for:

Simplicity in design and convenience of use.

The ache for Home lives in all of us, the safe place where we can go as we are and not be questioned. – Maya Angelou

Home is a safe and secure place. By allowing technology to become a part of our lives at home, we are opening ourselves to unchartered waters. The Fourth Amendment hasn’t always been on the cutting edge of the American conversation but it has instilled a deep sense of importance for privacy in our lives. Who can you trust and permit to come inside your safe and secure abode? That is going to be the key factor that determines the adoption of this technology.

If the founder of one of the most successful technology companies is taking steps to protect his privacy, it says a lot. I think even as smart home products become affordable, they will have to earn our trust before they can be permitted to come inside our homes. That is going to be one of the biggest challenges when it comes to the adoption of the iOT technology.

It isn’t about showcasing the fancy bells and whistles of your smart home gadgets to your friends and neighbors but it will boil down to how much can you trust the corporation that is about to become a permanent fixture in your home whether it’s your living room or bedroom.

Security expert Brian Krebs talked about this issue at length in a recent blog post: “Imagine buying an Internet-enabled surveillance camera, network attached storage device, or home automation gizmo, only to find that it secretly and constantly phones home to a vast … network run by the Chinese manufacturer of the hardware.”

If the recent showdown between FBI and Apple has shown us anything, it is that Apple will at least stand up to protect the privacy of its users and consumers. It is hard to get the same warm and comfy feeling from other players in this emerging space.

All said and done, Apple may have an advantage when it comes to obtaining permission to come Home.

What Say You? Just sticking to your Light Bulbs for now or are you willing to be more adventurous? We would love to hear your thoughts. With the new iOS 10 projected to be released by Sept, will you explore more avenues to make the Home App a part of your day to day life or will you wait it out some more before you turn your home into a smart home?