You are here: Home / News / Apple Announces Sept 7 as the Event Date 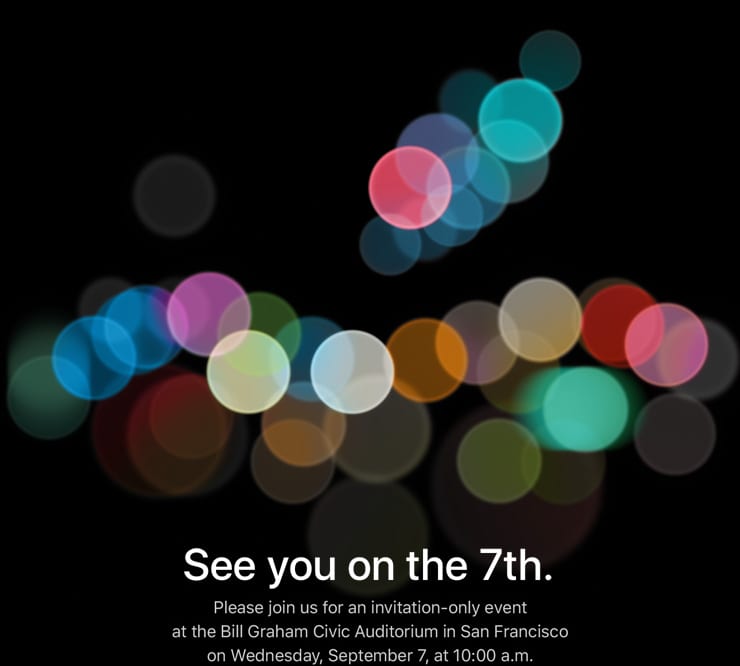 The official announcement is in: Apple will be holding a press event on Sept 7 in San Francisco where it will unveil both a new iPhone and a hopefully a new Apple Watch. 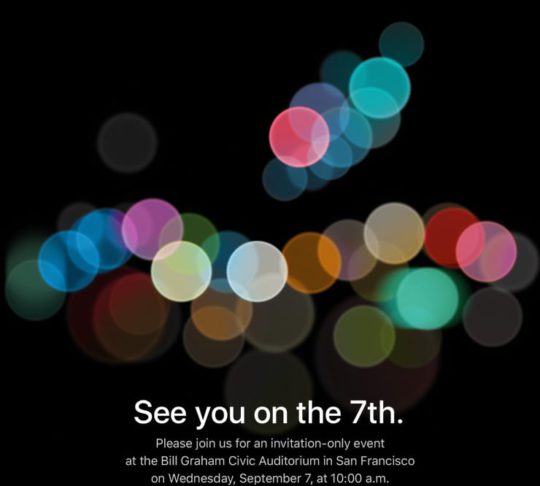 Rumors of Apple releasing a new MacBook Pro model have fizzled out lately so there might not be any new models for us to see at the Sept 7th event.

Similarly, Apple may be delaying much anticipated capabilities on the new Apple Watch including the built-in cellular capability. This was reported in Bloomberg a few weeks back.

There were no obvious clues to what Apple might introducing at the event other than the potential new iPhone 7 model.

The venue for the event, the Bill Graham Civic Auditorium is the same location where Apple has hosted its last few product launches.

Much of the speculation is that the new iPhone will sport relatively modest changes, aside from the removal of the headphone jack, considered controversial.

Bloomberg reports that “Monday’s invitation may refer to a larger version of the new iPhone that is expected to have a dual-camera system to improve photography. The upgraded handset will also include a re-engineered home button that responds to pressure with a vibrating sensation rather than a true physical click and the removal of the headphone jack.”

The bigger changes to the iPhone are expected in 2017. Marking the iPhone’s 10th anniversary, rumors point that Apple is considering a radical new all-glass design, a better screen technology called OLED, and a fingerprint sensor embedded in the display as a way to remove the home button.

Sept 7 will most likely also see the introduction of the numerous operating system updates including the iOS 10, macOS Sierra, tvOS10 and watchOS3.

Now that the official event invitation is out, Apple fans will be anxiously waiting to see which iPhone 7 rumors made it and which of the ones were marked for the next year’s model.

Remember iPhone 7 on Sept 7 and tune in to find out more!