You are here: Home / News / Apple Car. Is it Worth the Gamble? 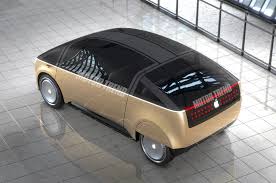 This week marked the announcement by Apple that it invested a billion US dollars into the Chinese technology company Didi. The company is a leader in the car sharing space in China and provides more than 11 million rides a day and claims to have 87% of the Chinese market share. In comparison Uber was doing roughly a million rides a day at the start of 2015. Uber has been struggling in China. In February Uber admitted it was losing more than $1bn a year in China, spending huge sums to subsidize discounted rides.

Interestingly Uber targeted the affluent market while Didi was focused on the regular city traffic. In order to gain market share, Didi has been offering a new premier car sharing service targeted at the affluent class in China.

Although Tim Cook remarked that this investment in Didi will help Apple understand the Chinese market and will also pave the path for long term collaboration for exciting opportunities, the media’s speculation was that Apple is seriously pushing for Project Titan or the new Apple Car.

Granted that Apple has more than $215bn in cash reserves, investing in setting up a business model to design, manufacture and ship cars is no easy feat. It is not the same as manufacturing smart phones or desktop computers. Although Apple may have some experience in dealing with regulatory agencies since it has been investing in healthcare recently, the regulatory challenges that the auto industry faces are very different.

Even if you assume that Apple is able to translate its brand premium into this brand new product category, it will be hard to believe that this is going to serve as that massive hit product that can dramatically change the bottom line for the company.

What if the product was really successful and Apple was able to scale its car products. Consider this. General Motors generated operating profit of  $1.5 billion in 2014, about a 1% profit margin on sales of $156 billion. Apple’s ttm profit margin stacks up at 28%.

The counter argument to this GM example is that it is not the right comparison. One should compare potential profits by comparing it with TESLA. TESLA’s gross operating margin clicks at 22%. That would mean that when you factor in additional costs such as marketing and administrative costs, the net operating margin is not that rosy. Furthermore, it has not been an easy ride for Elon Musk and crew. The Stock was beaten down this quarter.

As an Apple fan, I would love to see an Apple Car some day perhaps when oil is trading at $100 a barrel again, but I’m not sure if this is the right time for Apple to take this risky gamble. I’m sure there are a lot of new opportunities out there when it comes to mobile products and beefing up its software features will surely attract new users to its platform.

As much as I would like to believe some journalists that Apple is going to introduce a new electric car and thus the investment in Didi, I think that historically Apple has enjoyed warmer relations with the Chinese government than many other American tech companies.

Given that the Chinese regulators recently shut down its online book and film services, it created major concerns with its investor community. The true value of Apple’s investment in Didi might be in shoring up that relationship with the Chinese government.

If there is a soft landing for China from its financial troubles, Apple will be in a good position to win again in the ever-changing Chinese market.