You are here: Home / News / Apple Close to Setting up India Stores

Apple may be getting closer to opening up its retail stores in India. This morning the Indian government passed ruling that will be helpful to Apple’s cause.

Under the new guidance unveiled Monday, single-brand retailers such as Apple have a three-year grace period in which they can operate stores, before they have to comply with the local sourcing requirement. Companies that can show they are selling state of the art or cutting edge technology can benefit from a relaxed local sourcing regime for “another five years.” 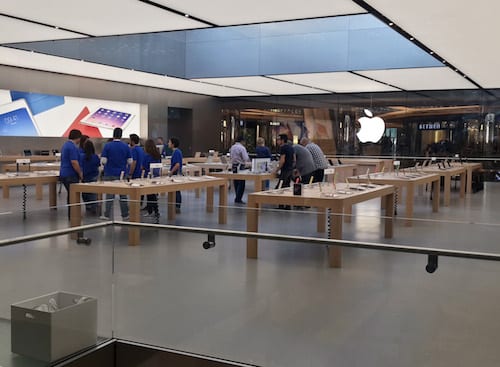 This new guidance from the ruling Indian party is definitely going to help Apple in its aspirations to open up retail stores in this country. This news follows rumors that one of Apple’s core suppliers Westar was setting up shop in India to manufacture iPhone components. We covered this last week based on rumors from a Chinese tech site.

The Times of India covered this breaking news in a detailed post. These regulations are also going to help other single Brand companies such as IKEA to help set up their business operations in India.

It is interesting that this development comes at a time when Apple has been experiencing severe business risk in its China operations. Last week in Beijing, a court ordered Apple to refrain from selling the iPhone 6 models in Beijing due to copyright/patent issues. This new move by the Indian government will definitely be seen by Beijing as another move by India to attract foreign direct investment into India.