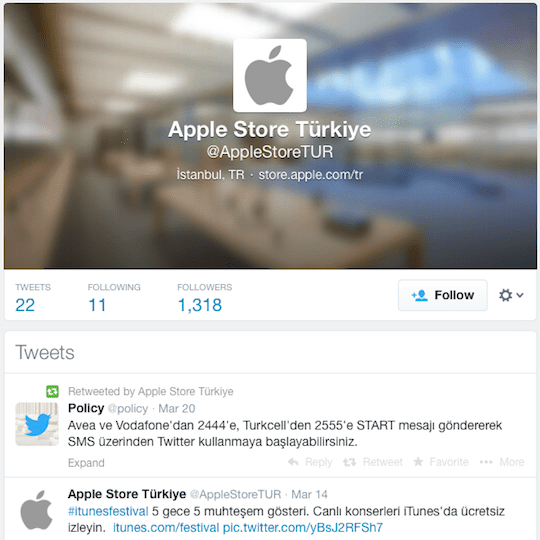 Turkey began blocking access to Twitter in March. To show its support for the Turkish public, one of Apple’s official Twitter accounts (@AppleStoreTUR) retweeted Twitter’s official tweet informing its Turkish users how they could get around the ban by sending tweets via SMS:

Last month the first Apple store opened in Turkey. Rumors had it that Tim Cook would attend the opening but he did not. In Turkey, access to Twitter and YouTube was blocked. The highest Turkish court has recently overturned the bans. The Turkish media argued before the store opening that Tim Cook changed his mind because of this internet censorship.