Samsung’s battery related issues have been in the headlines for almost the entire later part of 2016. New reports published last week suggest that two separate battery malfunctions caused some Note 7 phones to overheat and even catch fire.

In the first batch of the defective phones, the battery was too large for the device, which caused the batteries to overheat. Now Samsung has developed an eight point battery safety check that it will incorporate into the roll-out of future devices. 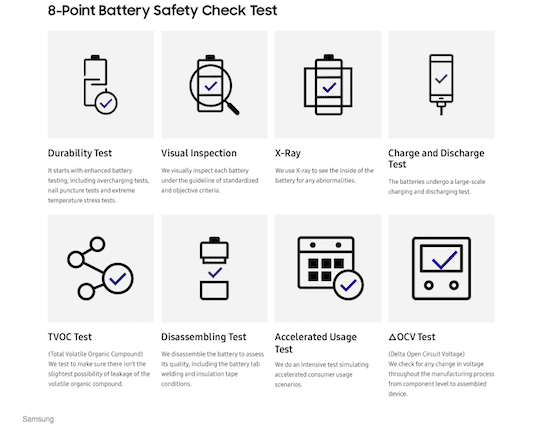 Around this same time when Samsung was experiencing battery issues, Apple filed a patent claim in Nov 2016 that focused on charging techniques for solid-state batteries in portable electronic devices. ArsTechnica provided a great introductory coverage of these new type of lithium batteries.

The patented technique applies to the solid-state batteries that take up less space and weigh less than the conventional lithium ion batteries. The patent was approved today.

According to this new patent, 9553468, during operation, the system monitors the temperature of the solid-state battery during use with the portable electronic device. 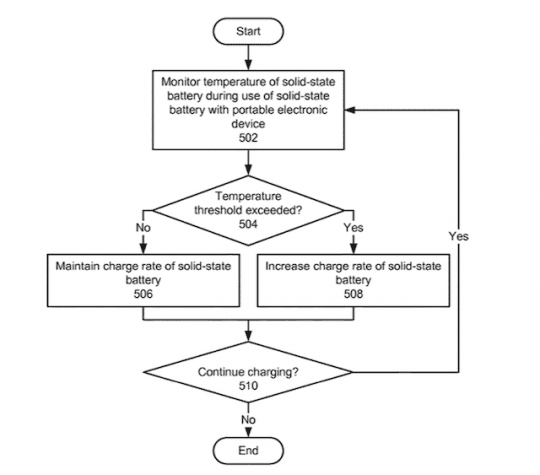 To modify the charging technique based on the monitored temperature, the system may increase a charge rate of the solid-state battery if the temperature exceeds a first temperature threshold.

On the other hand, the system may maintain the charge rate of the solid-state battery if the temperature does not exceed the first temperature threshold.

By moving into solid-state batteries with improved battery optimization features, Apple could mitigate safety risks that plagued Samsung last year as it rolled out the new Note 7. This may also allow Apple to step up to any new regulations that are put forth to protect consumer safety in the future.