You are here: Home / Apple Services / Apple Maps Brings AR Navigation to Your iPhone With iOS 15

Ever since the partnership between Google and Apple came to an end years ago, Apple has been doing everything it can to improve its Apple Maps app. In iOS 15, Apple Maps is getting a slew of new features that not only improve the way that Apple Maps looks, but also bring new features to the navigation app. 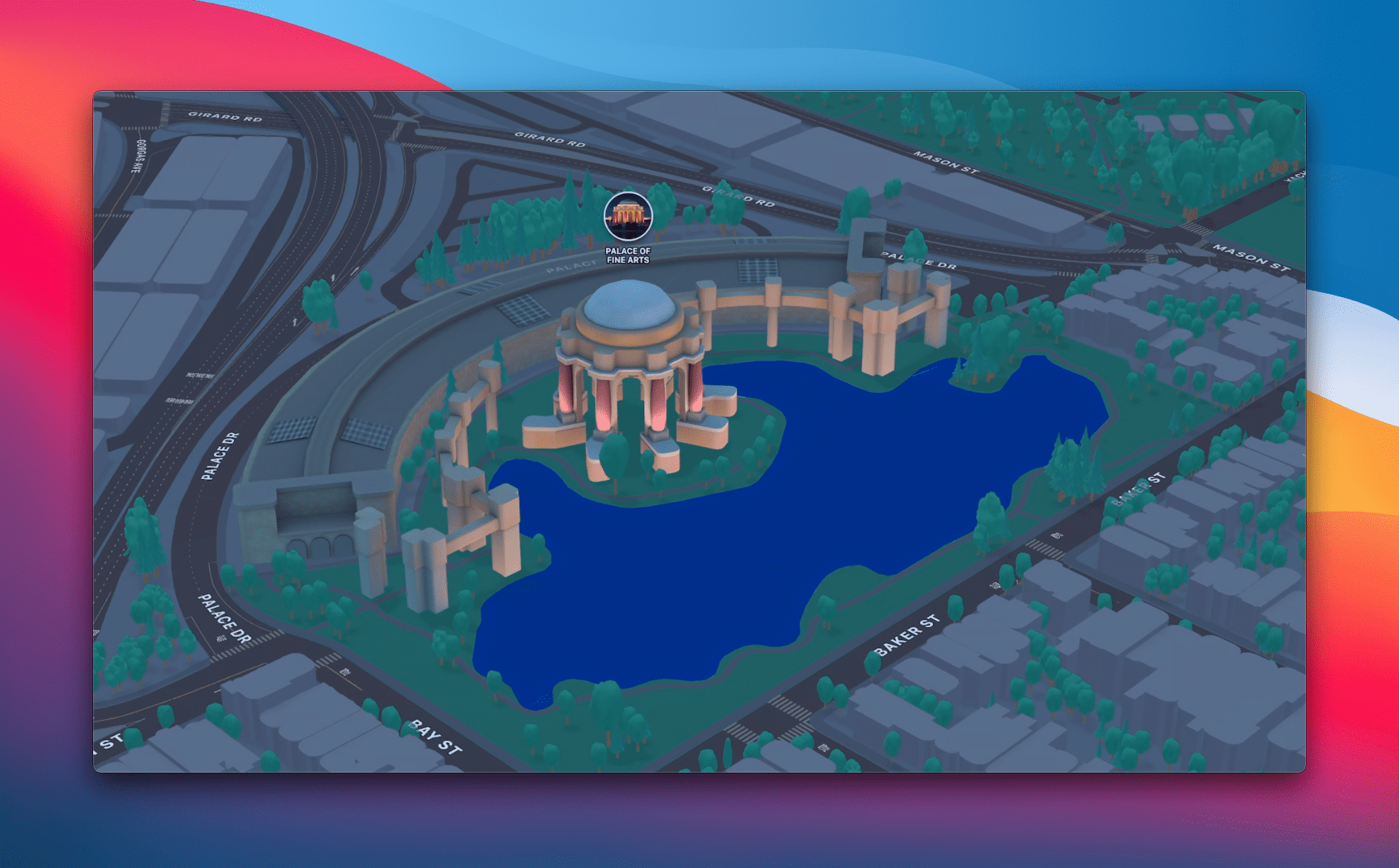 If you watched the WWDC 2021 Keynote, it seemed that Apple took even more time on Apple Maps than it did with tvOS 15. And despite Maps also being available on iPadOS and macOS, the new features were introduced during the iOS 15 announcement. This doesn’t come as much of a surprise considering that you likely use the Maps app on the iPhone. 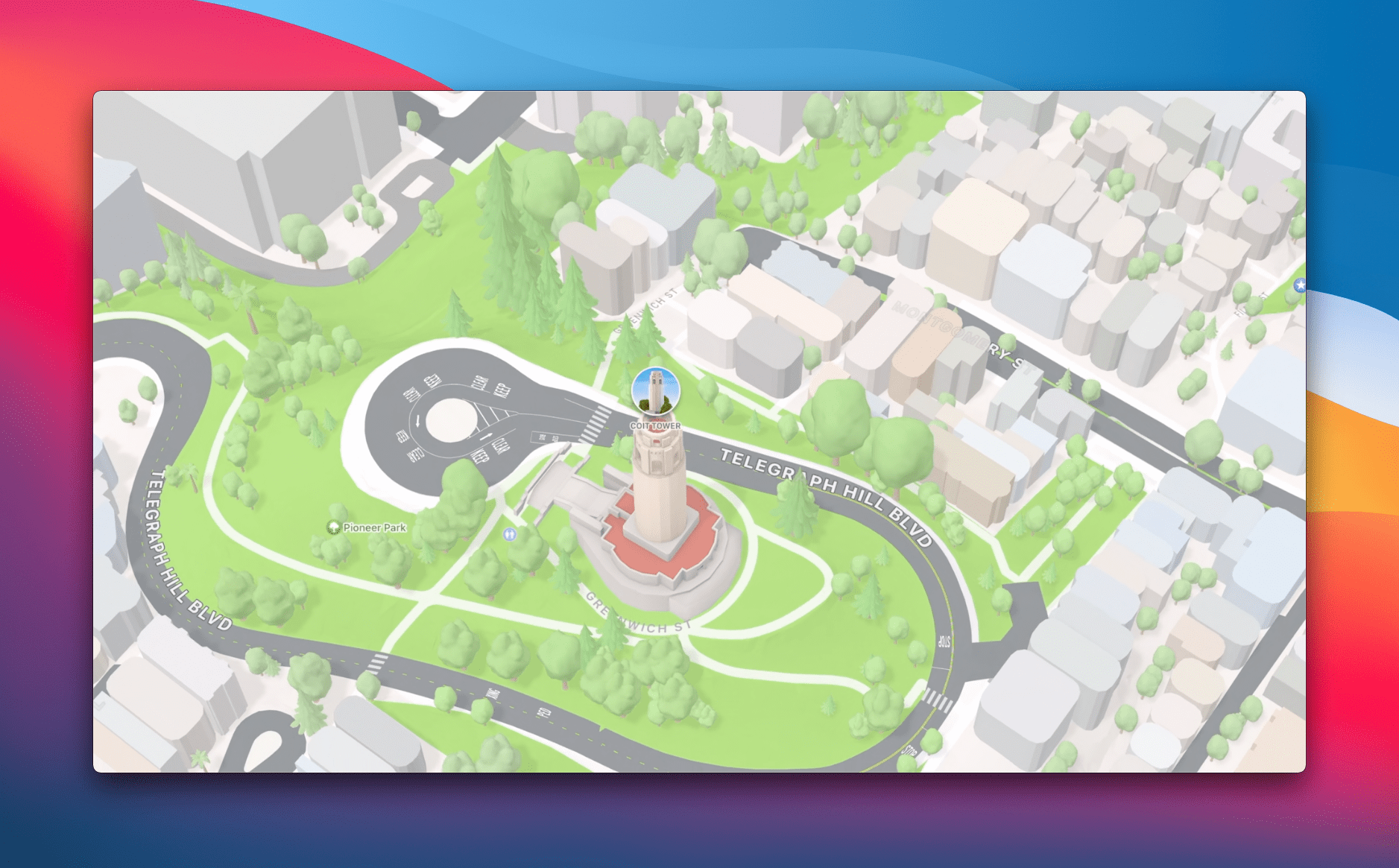 The biggest change to Apple Maps is how the app actually looks. Apple is changing up how the maps around you look, whether you’re just searching or if you’re actually using it for navigation. Landmarks have been improved, as you can actually see that a landmark is larger than the buildings around it. Zooming in shows where the trees and paths around the city are, which is really interesting and useful.

Unfortunately, it’s not something that will make its way to all cities across the country, let alone across the globe. As you would expect given Apple headquarters is in Cupertino, many of these improved map details are more available on the West Coast than elsewhere. There’s even a new nighttime view that’s a bit different than your standard “night mode”. With this new view at night, the glow from the moon changes based on your positioning along with where the Moon is in the night sky.

Apple did state that better information is coming to the following cities at launch: 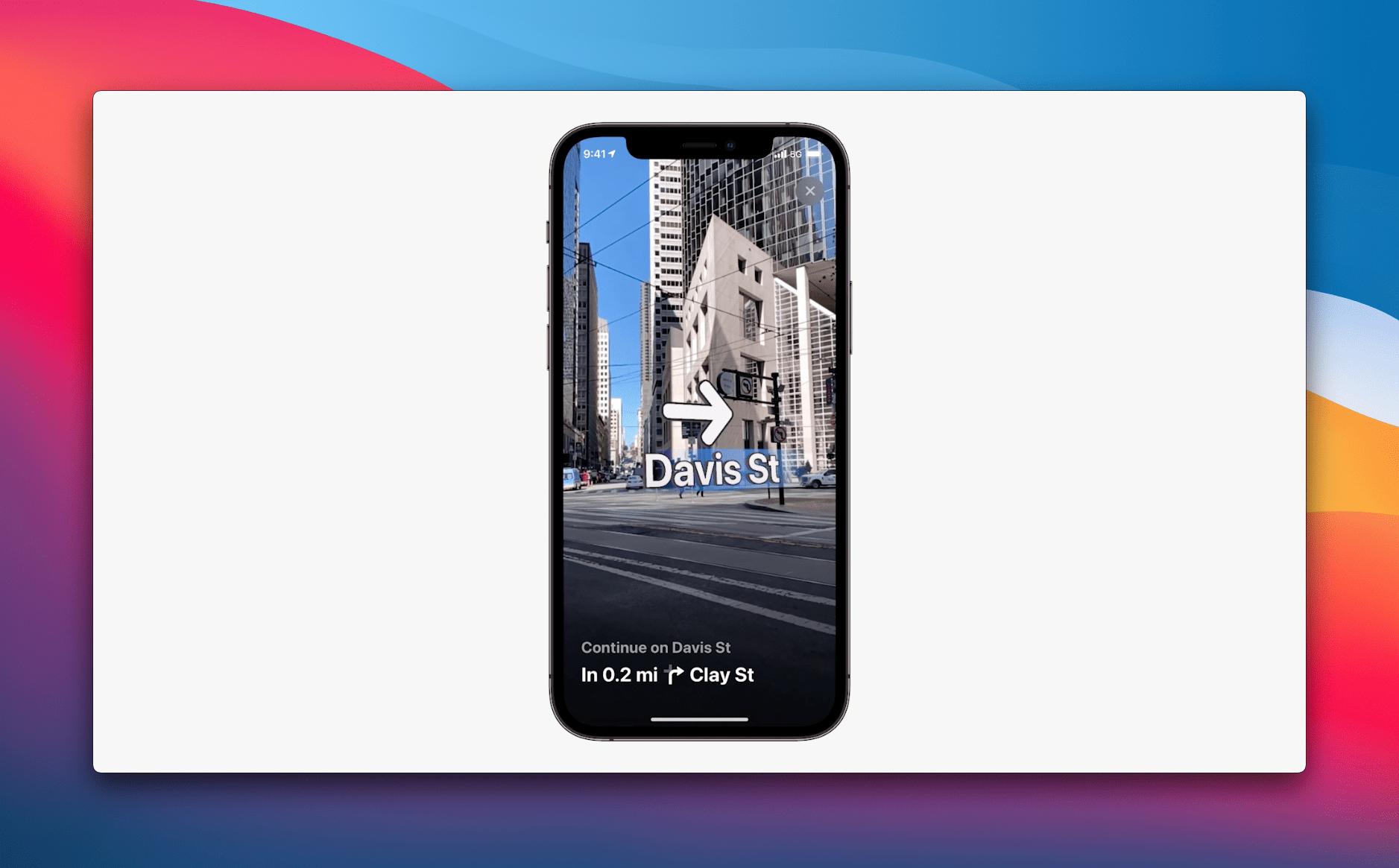 There were some that were hoping to see some information regarding the much-rumored Apple AR glasses. But instead of seeing any meaningful Augmented Reality changes, Apple has introduced Live View AR Directions. In the Maps app, you will be able to scan the area around you, and then Maps will show you on-screen directions. This is similar to the AR tracking provided when trying to locate your Apple Tags. But if you’re in a new city or new place, this feature will be quite handy. 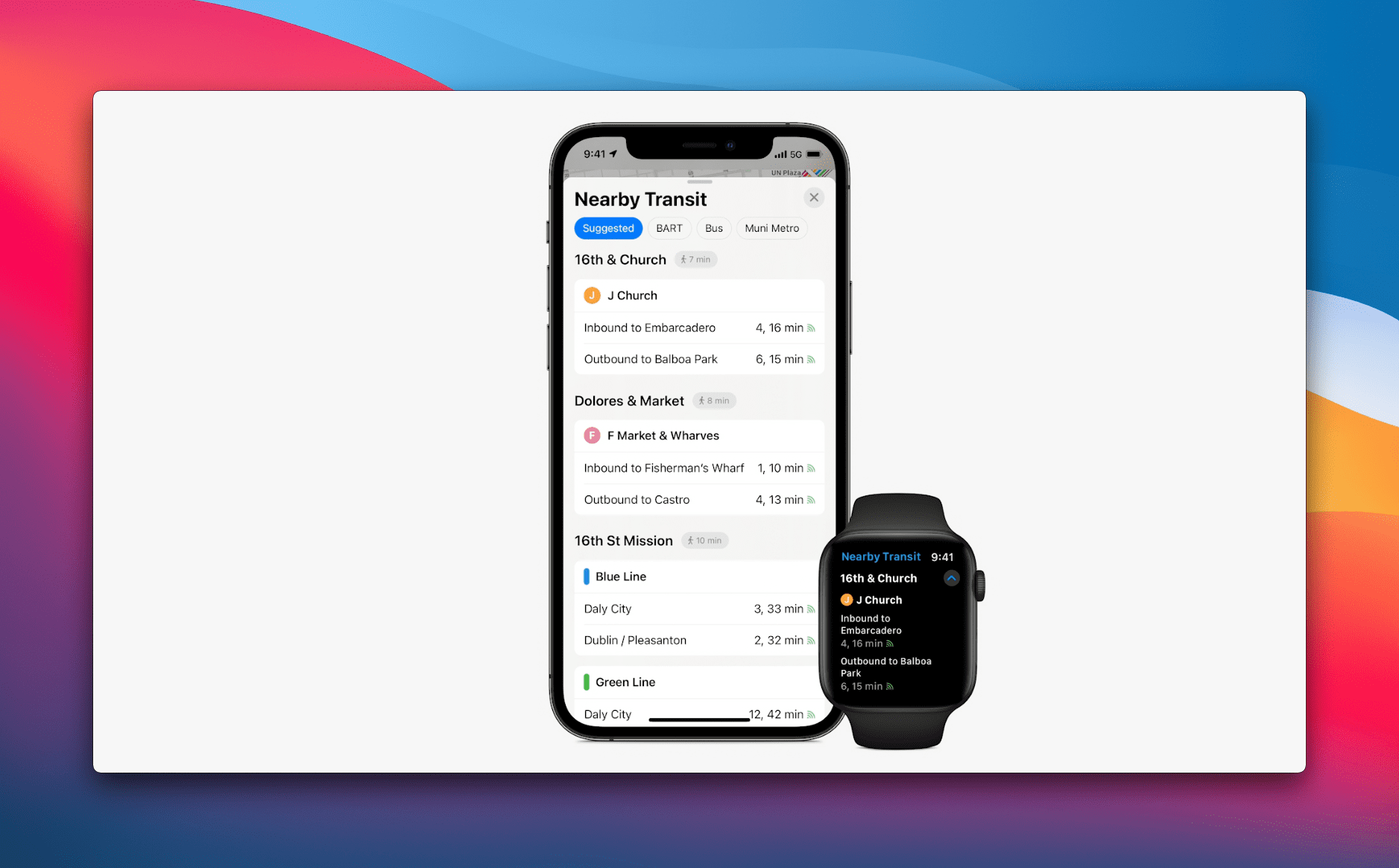 Trying to pull up specific transit information on your smartphone is a frustrating experience. The transit company’s websites are usually a jumbled mess to deal with and navigate. Even specific apps for those transit services don’t always provide the information that you need. Apple Maps in iOS 15 is trying to cut out the middle man.

Through the new Apple Maps app, you can look up a specific bus stop and train information, while pinning the ones that you need to the top. This makes it extremely easy to view the information you need without having to scroll through and navigate the Maps app in a pinch. Plus, if you’re already on the bus, Maps will let you know when you’re nearing your stop with a nice little notification at the top of the app and on your wrist.

One of the great features of using Google Maps is the ability to schedule your travel plans ahead of time. This feature wasn’t announced during the WWDC 2021 Keynote, but it has been discovered now that the first Developer Beta is available to developers (and others).

When entering a destination in Apple Maps, you can tap the Leaving Now highlighted text, and then enter a date and time. Or you can just tap Leave Now if you just want to get going. At the top of this time picker screen, you have the option to choose either Leave at or Arrive by. By doing this, Apple Maps will ensure that you will get to your location on time, no matter what. 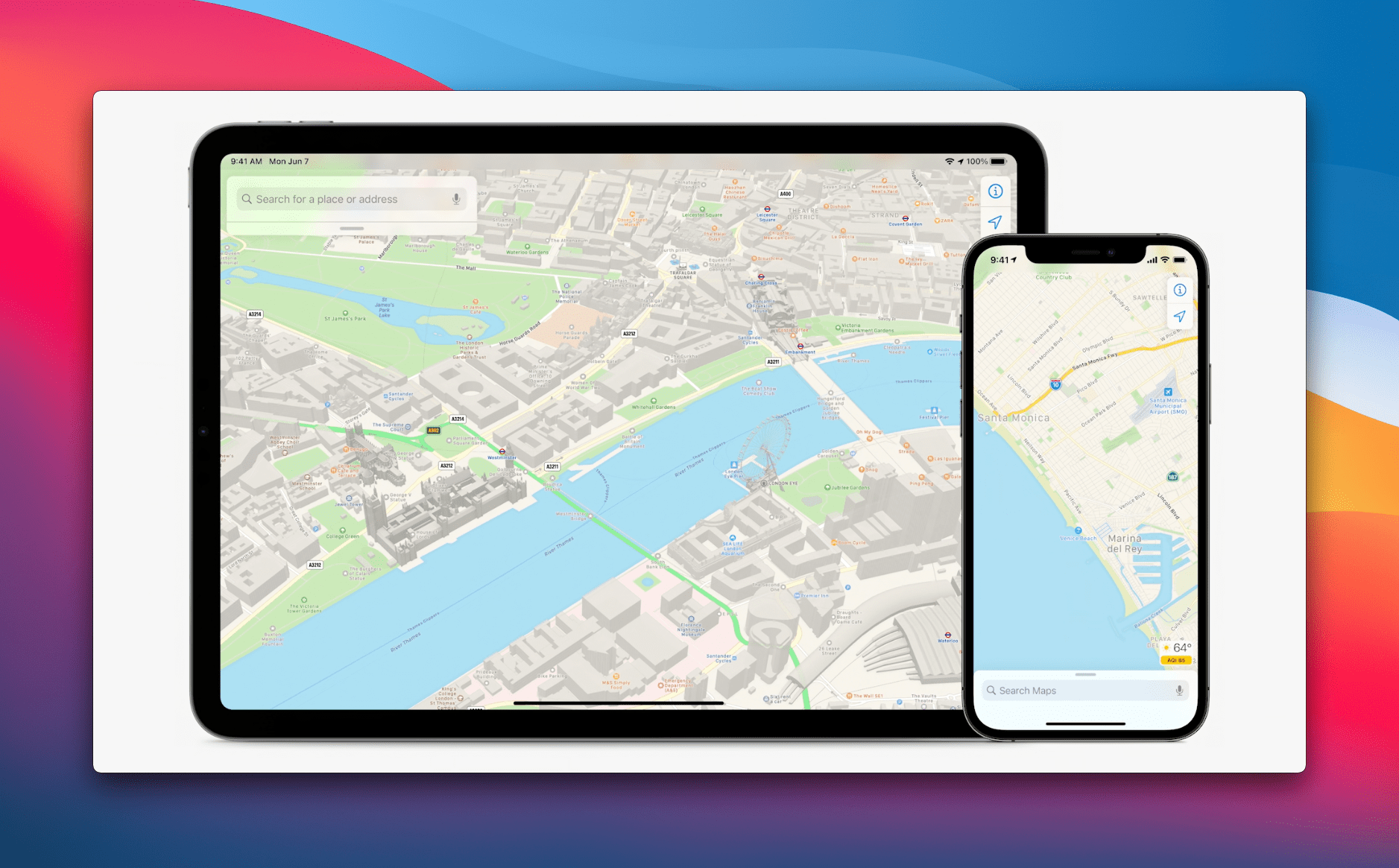 As we stated, Apple is still chasing Google Maps in terms of what the app offers for features. While Apple is showing that it’s paying attention to the details, there are still some key features missing. Maybe we can see some of these with iOS 16, but these are two features we wish would have arrived by now.

Even though 5G and LTE connectivity is great and works in most locations, there are still some places where you find yourself without an internet connection. It’s these instances where you might want to take advantage of offline maps, which still are not available with iOS 15. This does work to a certain extent if you’re already traveling. But being able to look up directions when you’re not connected to the internet is a real pain.

With Summer arriving, that means more opportunities to take a family vacation or just a vacation in general. But chances are that you’ll want to plan out the specifics from the time you leave until you arrive. This includes making pit-stops to re-fill the gas tank, or to make a stop at the grocery store before arriving at the Airbnb. Being able to add multiple stops on your route would be extremely handy, and is something else that is already available with Google Maps. It’s not a major omission, but when you see Apple taking the time to add granular details for certain cities, you might wish that the time and development would be spent elsewhere.