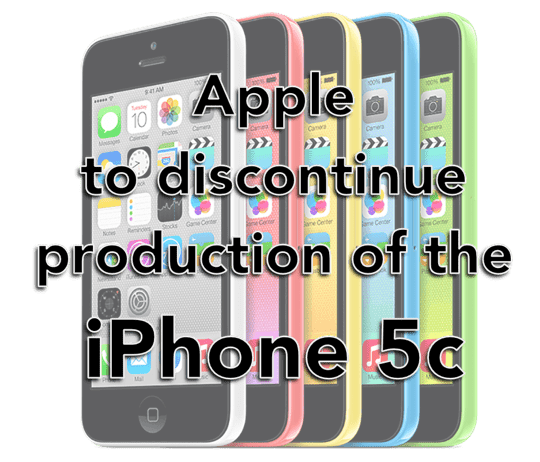 In news out of the far east today, Taiwanese tech news website EMS One reports that Apple will discontinue the production of the so-called “low-cost” iPhone 5c in 2015.

The polycarbonate-backed and colourful iPhone 5c was introduced by Apple in September 2014 (read our launch story) , amidst speculation that Apple would introduce a low cost model to compete with cheap Android devices, especially in emerging markets where the cost of smartphones isn’t normally subsidised. Industry observers were somewhat surprised when the iPhone 5c was sold as more of a mid-tier handset, and stated that Apple’s strategy would end in failure.

Originally revealed in Taiwan’s economic paper Industrial and Commercial times on Wednesday, the article states that Wistron Corporation (which is believed to be one of the manufacturers of the iPhone 5c) will be hurt by the decision to end its production.

Wistron is a spin-off from Acer and currently employs around 30,000 people. The company began manufacturing iPhones for Apple in 2013, in order to meet demand that couldn’t be fulfilled by Foxconn and Pegatron. In fact, despite the expected halt in production of the iPhone 5c, the company’s revenues are up 70% year on year, and it has a bullish outlook for 2015.

iPhone 5c was a best seller

The iPhone 5c was basically a repackaged iPhone 5 with slightly updated internals, which has since gone on to become one of company’s best selling handsets. Unfortunately, Apple doesn’t break down its sales figures for each model of the iPhone, but they have consistently said that the 5c has exceeded expectations.

If proof of the 5c’s popularity were needed, in many markets such as the UK, the iPhone 5c became the number one smartphone over the summer this year, shortly before the launch of the iPhone 6 and iPhone 6 Plus. And in the U.S., the iPhone 5c was one of the top three selling handsets on the four major carriers between September and November 2013.

It’s not yet known whether Apple will end production of the iPhone 5c entirely, or just ramp down as the iPhone 5s becomes the new mid-tier device in 2015.

The original EMS One article in Chinese can be found here.

You can also read more about the differences between the iPhone 5c and iPhone 5s here.