You are here: Home / News / Apple patent application for 3D Camera and UI for CarPlay and Apple Watch 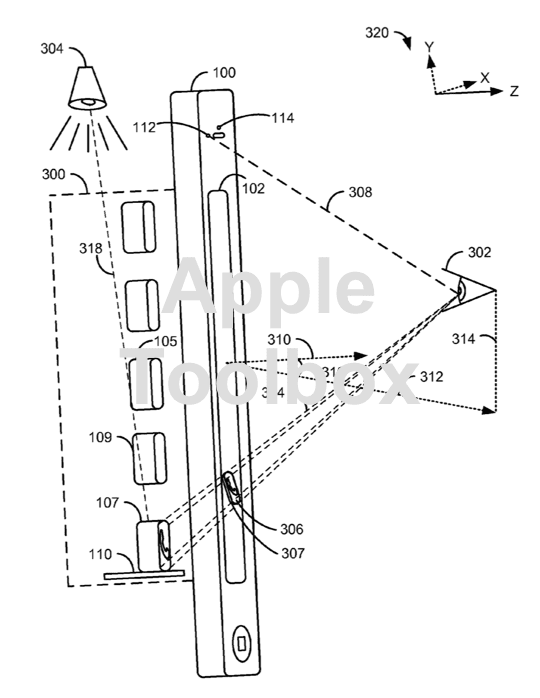 The patent describes a 3D user interface that can be use by a personal computing device (i.e. and iPhone, Mac computer or even an in-car system) that uses a 2D display. 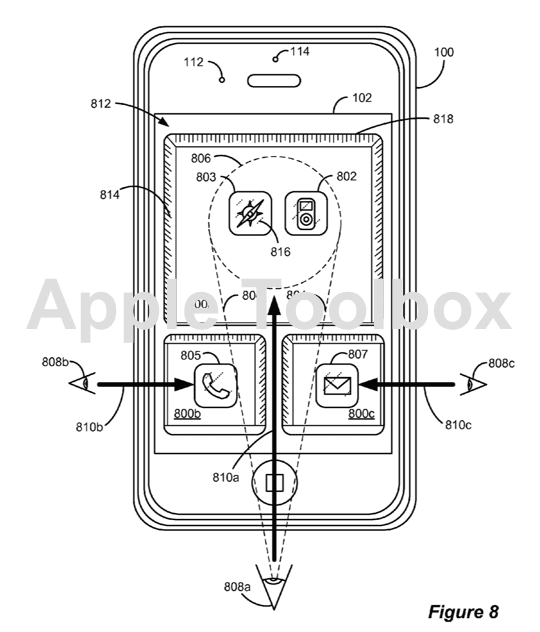 The patent describes how movements of the device affect the ‘virtual’ 3D of graphical user interface elements. Much of the patent text is similar to Apple’s existing patents for its 3D motion parallax effect you can already use no the iPhone. The existing patent however did not protect all the claims, which is where the new patent adds more details with refinements such as infrared sensors for the front camera. 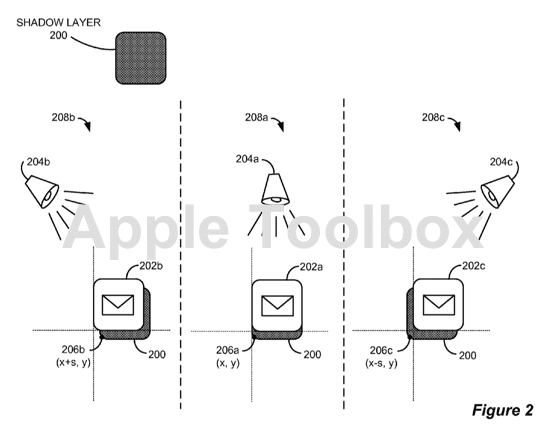 A 3D display for a variety of purposes

One important new feature is that: “The graphical user interface method of claim 1, wherein the device comprises at least one of: a computer monitor, a watch, a music player, a television screen, or a dashboard display in a car or other vehicle”, highlighting the fact that Apple wants to protect their technology for use in future products such as the iMac or even a future version of the Apple TV.

One more new claim is “The non-transitory program storage device of claim 15, wherein at least one of the one or more optical sensors comprises: a front-facing camera, an image sensor, a two-dimensional camera, a stereoscopic camera, an infrared camera, proximity sensor, video camera, or a laser”.

A 3D camera is a huge addition to the patent considering that Apple acquired PrimeSense, which was originally intended to used for Google’s Project Tango which was a smartphone with a rear 3D camera. This seems to indicate that Apple intends to include a 3D camera in future. Now other companies have also released phones and tablets (such as the Amazon Fire Phone), it’s only a matter of time before Apple implements one.

Apple recently was awarded a patent for a 3D display, which can be read here.