You are here: Home / News / Apple patent application – a ceramic cover for devices 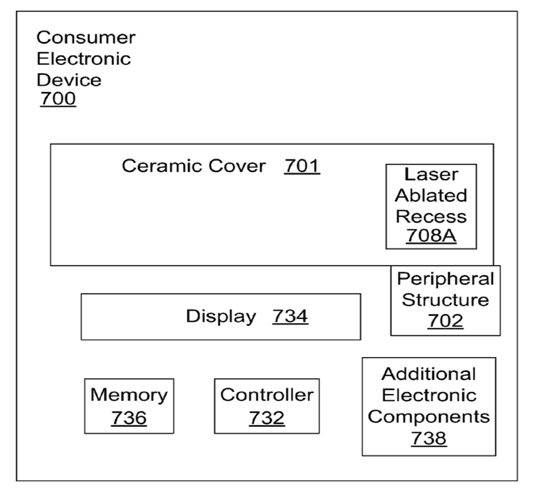 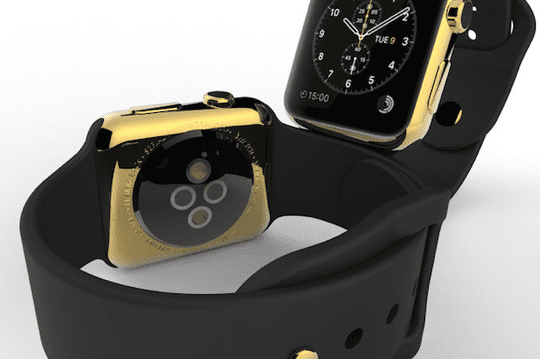 The U.S. Patent and Trademark Office (USPTO) on Thursday published a patent application by Apple for a unique ceramic based electronic device housing, which suggests that Apple intends to refine its use of the material in future products such as the Apple Watch.

Apple patent may relate to the Apple Watch

The patent application discovered by Apple Toolbox today, entitled “CERAMIC COVER FOR ELECTRONIC DEVICE HOUSING”, describes the use of advanced ceramic materials with unique “laser ablated” recesses (laser ablation is the process of removing material from a solid surface by irradiating it with a laser beam) and where the thickness of the ceramic cover is about 0.3-1.0 millimetres.

Ceramic is currently popular in watchmaking to make high quality watch cases, due to its light weight and scratch resistance, such as used in luxury watches such as the IWC Top Gun. Expensive watch cases ore often made of black zirconium oxide, which is one of the most hard wearing materials used in watch design.

Notably, ceramic materials are already used on the back of the  Watch and  Watch Edition (not the  Watch Sport which has a composite back), and Apple states “the ceramic cover may comprise a relatively hard ceramic such as sapphire or zirconia. Indeed, the ceramic cover may be substantially harder than commercial glasses used in mobile telephones”.

Apple also describes an electronic device where the ceramic cover is substantially transparent, perhaps indicating that the ceramic material might even be used as a screen cover – however sapphire is already used on two of the three  Watch collections.

The diagrams in the patent text are sufficiently abstract that it’s not explicitly clear how they intend to use the ceramic process described, however, all evidence suggests that the  Watch is the most likely explanation even though it is noted explicitly mentioned.

You can read more Apple Toolbox posts about the  Watch below: