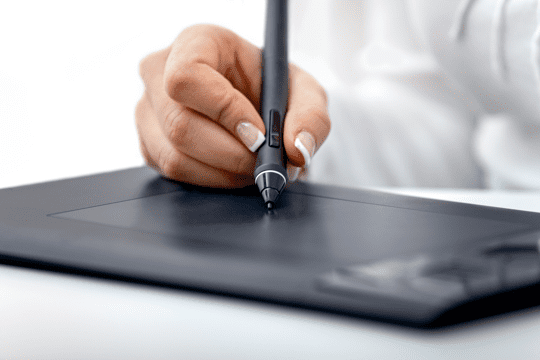 The US Patent and Trademark Office (USPTO) today published a patent application by Apple that describes the use of a stylus with portable electronic devices such as an iPad, iPhone and Mac.

The invention called “DISPLAY, TOUCH, AND STYLUS SYNCHRONIZATION” which was discovered today by Apple Toolbox, indicates that even though Apple has repeatedly stated they have no interest in developing so-called smart pens and styli, they are actively researching the concepts with an eye on future products. This year, the company has already filed nearly a dozen similar patents..

As the authors note:

“As touch sensing technology continues to improve, touch sensitive devices are increasingly being used to compose and mark-up electronic documents. In particular, styli have become popular input devices as they emulate the feel of traditional writing instruments. Most conventional styli simply include a bulky tip made of a material capable of interacting with the touch sensitive device in a manner resembling a user’s finger. As a result, conventional styli lack the precision and control of traditional writing instruments.”

The invention describes the stylus being able to receive stimulation and force signals, and transmitting signals back to the touchscreen device to improve its precision and control. The unique twist here is that to ensure the stylus operation is smooth, the stylus is synchronised with the display and touch controllers on the device.

The image below, taken from the patent application, illustrates an example of the stylus.

One possibility in terms of the practical use of a stylus with future Apple products, could be the much-rumoured 12-inch iPad Pro, which may see a release in 2015 in a bid to compete with the likes of Microsoft’s Surface device. Apple has already positioned the iPad as a tool for business and pleasure, but a possible iPad Pro would help persuade more businesses to adopt the tablet, and a stylus would be a compelling accessory for many users.