The U.S. Patent and Trademark Office (USPTO) published a patent application today from Apple that describes enhanced techniques to show emergency contact information and medical records on a locked device.

The patent appears to extend the existing medical ID emergency feature, which can be shown on an iPhone’s lock screen in iOS 8. However, there are additional features and the ability to make a call to predetermined contacts, rather than simply making an emergency services call or viewing medical records.

Portable electronic devices, including mobile phones, PDAs (Personal Digital Assistants), and portable media players have become a near-ubiquitous part of daily life. As these devices evolve, more and more people are turning towards portable electronic devices that combine two or more of these functions into a single device i.e. smartphones. The utility of these devices has made it increasingly likely that people who own them will rarely leave their homes without them. 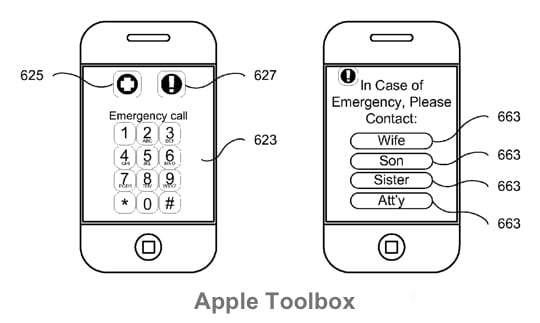 Currently, most smartphones display a welcome screen that allows their owners to display information determined by the user when a device powers up, while maintaining the privacy of the other data on the device by requiring a password for access other information beyond that contained in the welcome screen. However, the owner of the device may not care to include identifying information or any other personal information on that screen for many reasons including, for example, privacy concerns. Thus, there is a need for improved methods for allowing the owner of a portable electronic device to specify and customize information that can be accessed on a password-locked portable electronic device without entering the password.

Additionally, the portability and increasingly smaller sizes of portable electronic devices have the drawback of making them susceptible to loss. The design of most portable electronic devices is such that it is difficult or impossible to identify the owner of the device without extensive detective work, which is undesirable for a variety of reasons, including owner privacy concerns.

Thus, there is also a need for improved methods to provide information to aid in the return of a lost portable electronic device to its rightful owner. 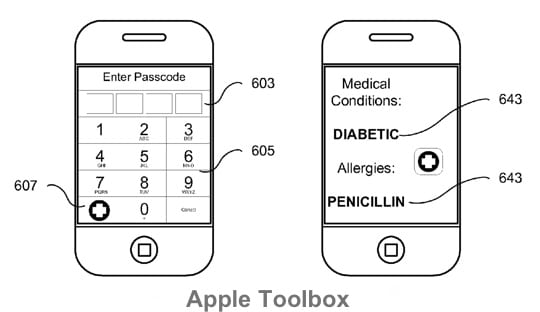