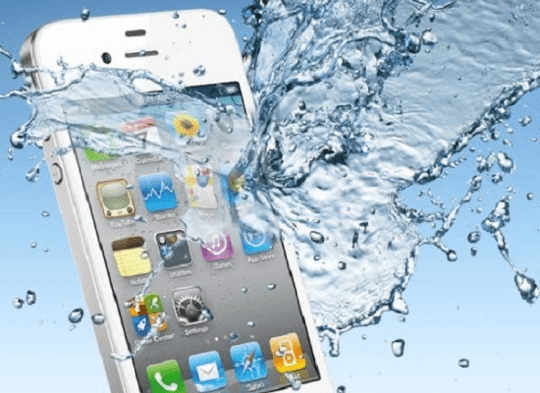 Apple has filed a patent with the United States Patent and Trademark Office (USPTO) for a unique method of channeling moisture with electronic devices through hydrophobic and hydrophilic structures, to limit the damage that can be done to sensitive electronics.

The patent application, entitled “Electronic Devices with Moisture Guiding Structures” describes the problems associated with moist environments and how that may be detrimental to electronics, before detailing how special structures within a device (such as an iPhone) may actually attract and repel moisture to guide that away from critical components.

While some smartphone manufacturers have made waterproof devices that use special coatings and seals to repel liquid and moisture, the invention Apple describes appears to act as a channeling mechanism to draw moisture away from specific electronic components, or as a guide to improve the application of other waterproofing layers.

As the authors state:

“Electronic devices are often exposed to moist environments. As an example, a user may operate a cellular telephone or media player outdoors when there is precipitation. Devices may also be exposed to moisture in the form of perspiration. Waterproof devices are able to withstand exposure to moisture. Waterproof housings are, however, often impractical for normal use. Conventional electronic devices are therefore vulnerable to moisture-induced damage, particularly when sensitive device components such as buttons are subjected to prolonged contact with moisture. It would therefore be desirable to be able to provide electronic devices with improved configurations for protecting vulnerable device components from exposure to moisture.”

It is also stated that traditional waterproofing coatings are not always suitable, because it can be difficult to control the application of such coatings and they are therefore not always efficient in blocking moisture.

Furthermore, the moisture repelling and attracting layers may also be used to limit the spread of a conformal coating layer (i.e. a more traditional waterproof coating) during the process of applying the waterproofing layer over sensitive components.

The special hydrophobic (water repelling) and hydrophilic (water attracting) coatings may also be patterned to form regions of a device that repel moisture and regions that attract moisture. Such coatings may include Polyamide as the attracting layer, but no specific repellant layer has been mentioned in the patent aside from “oleophobic coatings” (oil resisting), probably similar to those already used on smartphone screens which are typically organic carbon-based compounds.

An example of this would be a moisture repelling coating which could be used to cover some or all of flex circuit to direct moisture away to other areas. Furthermore, components such as external connectors may not only be relatively insensitive to moisture, but may also serve as exit ports that allow the moisture to escape from the interior of the device.

It is unknown whether Apple plans to incorporate the invention in future products (or whether it has already in its current lineup), but it certainly could help to protect our fragile devices from moisture, perspiration and humidity.

You can read more about a patent that Apple was awarded this week for a method of generating a synthetic fingerprint during the Touch ID setup process.