You are here: Home / iPhone / 6 Things Apple could learn from the Pixel 3 announcement

Earlier today, Google unveiled its latest flagship smartphones with the Pixel 3 and Pixel 3 XL. These devices are what Google thinks Android should look like, but there were a few announcements that have us iPhone owners turning heads. 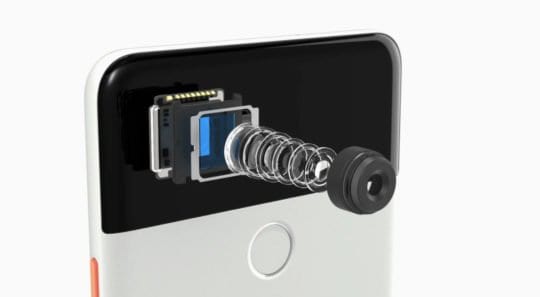 The camera introduced alongside the iPhone XS and XS Max is quite impressive in its own right. But, Apple has included two different sensors, while the Pixel 3 and 3 XL only use one.

When the Pixel 2 lineup was unveiled a year ago, Google integrated a separate processor. The Pixel Visual Core chip allows your smartphone to do various bits of algorithmic work behind the scenes.

This has been updated and improved for the Pixel 3, as expected, and brings some new features along with it. Some of these we will touch on further below, but the star of the show is this chip.

Having a secondary processor just to process images is a big game changer. If Apple can end up adopting something like this and use it in conjunction with its standard chipset, it would be huge for iPhone users.

The first major addition to the cameras on the Pixel 3 is called Top Shot. When using this mode, your Pixel takes a series of photos before and after the moment you press the shutter button.

Then, the software picks out the best image for you to then keep or share with friends/family. The iPhone already has something similar, but Top Shot also allows you to create GIFs with these “videos”.

If you don’t end up liking the picture that your handset chose for you, you can scroll through the alternates. Then, you can select which one you would like to save and go from there.

If you’re like me and can’t stand dealing with the flash on your phone, then you’ll like this feature. Night Sight makes it possible to take pictures without the flash and then use Machine learning to choose the right colors.

Google shared an image taken with both the Pixel 3 and iPhone XS. The differences are so drastic that you would have thought that they have been faked.

But that’s simply not the case and is Google’s software doing all the work under the hood. 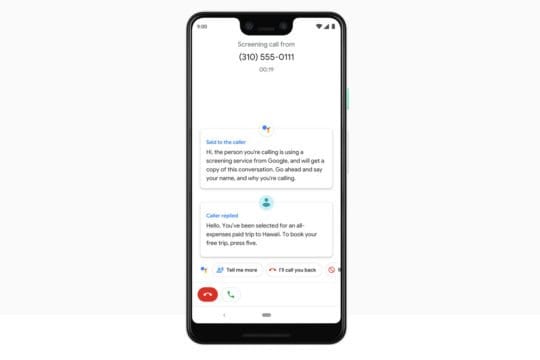 We’ve all been there before. An unknown number calls you but it’s from a local area code so you answer it. Only to realize that it’s a spam call and then you end up annoyed after it continues to call back.

With the Pixel 3, this will no longer be as big of an issue thanks to “Call Screen”. This makes it possible for your device to screen spam calls and provide real-time transcriptions.

But what is making this even more awesome is that Google Assistant uses its voice to answer the call. The voice explains that you are using a screening service from Google, while asking for a name and reason for the call.

Apple has opted to rely on third-party applications to provide this service for you. If the iPhone had this built-in, it would get rid of a lot of headaches.

Google Lens was initially launched at Google I/O 2018 and provides real-time results. This is done with the help of machine learning and Cloud TPUs that work to identify what you’re looking at.

The Pixel 3 has this feature now built-in and all you have to do is open the camera app and point your device at an object. iPhone owners kind-of have this functionality, but only if you use the Google Photos application.

We would LOVE to see Apple integrate something similar into its system. Not everyone wants to rely on Google to do everything, especially after its recently-announced data breach. 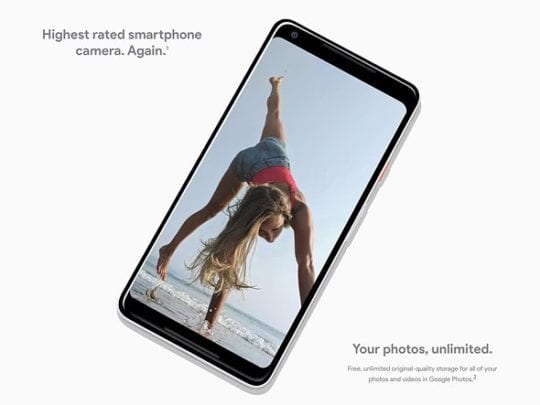 It’s all fine and dandy that you can easily backup your files and images with the help of iCloud. However, when it comes to pictures specifically, your storage limits can get reached pretty quickly.

This forces you to pay Apple more per month just to make sure that your pictures are backed up and safe. Google has a different approach to the situation with Google Photos and the Pixel 3.

For anyone who purchases one of Google’s latest devices, you are given unlimited Google Photos storage. Previously, we’ve seen promotions like this in the past, but the images were not stored in their original resolution. With the Pixel 3, this is changing, as you can back up your photos in their intended resolution for free, until January 2022.

If Apple could figure out how to combat Google in this regard, then iPhone users wouldn’t opt for Google’s Photo storage options. Hopefully, this is something that we can see alongside the upcoming iPad Pros or early next year.

Overall, the iPhone XS and XS Max are going to be some of the most popular handsets going into the 2018 Holiday season. However, seeing what Google has done with its own flagship, Apple could learn a thing or two.

Since Apple’s latest devices are on the “in-between” cycle, we are sure to see some major additions in 2019. Hopefully, the company can stick with the design of the XS and XS Max, but focus on software and “under-the-hood” improvements.

Obviously, the iPhone XS and iPhone XR are still the best in the business. This is in no small part thanks to the improved security features offered by the Apple A12 Bionic chip.

The new “Secure Enclave” is a separate processor which offers “deep-level” data protection. It also locks the passcode if the device has entered either DFU or recovery mode. This is to help make sure that your device, and its information, don’t fall into the hands of the wrong people.

Plus, with Apple going all-in with FaceID, we can only expect to see the security features improved in the coming years. But it’s already top-of-the-line when you compare FaceID to any other recognition systems on other handsets.