Apple plans to unveil its long-awaited AirPower wireless charger and second generation AirPods headphones at a fall event, according to sources. AirPower, which was originally announced last September, was originally delayed due to production issues.

After finishing development in late Spring, the company decided to hold the device until the launch of updated iPhones and AirPods this fall, as first reported by Apple Toolbox.

Alongside production delays, employees became concerned over the marketability of the device prior to launching AirPods 2.

Since Apple’s current AirPods do not support wireless charging, customers would be required to make an additional $69 purchase for a wireless charging case in order to gain AirPower compatibility.

By holding the product until the release of the second-gen AirPods, users will be able to use AirPower without additional purchase when owning the latest devices.

AirPower was far from completion when announced at an event last September. Despite this fact, executives had hoped to complete the device prior to the holiday season.

As Bloomberg reported last month, AirPower originally faced issues with integration of a custom chip and OS to manage power between connected devices. These issues, however, were just a part of the problem.

Apple faced issues integrating Apple Watch support into the AirPower charger as well. Apple had fixed the chip and OS issues as early as January.

Another issue that may have delayed release was cost.

As of last September, Apple planned on selling the device for $169, far more expensive than other wireless Qi charging accessories. While it is unclear if the company achieved its goal, sources say Apple had hoped to get the price down to the $99-$129 range before release.

Apple truly believes AirPower could be the future of charging, and hopes for it to be a hot selling item in the 2018 holiday season.

In order to accomplish this, it must offer a compelling enough feature set for users who may only own one or two of the supported devices. This concern was another reason for the delay, as Apple began experimenting with additional features such as quick charge via Qi, an ability previously unavailable.

Apple plans to launch AirPower at the companies annual iPhone event this September. 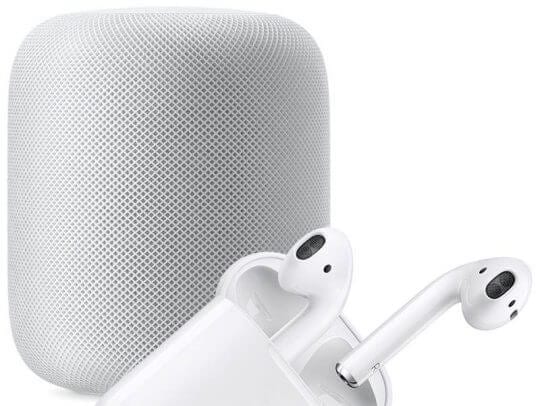 Apple plans to release a successor to its surprise blockbuster AirPods at an event this fall, according to sources familiar with the matter.

The headphones, which first launched in December 2016, have become a favorite within the tech community and customers alike and faced prolonged backorders due to popularity for almost a year.

AirPods 2 will feature improved Siri capabilities, an updated chipset, and water resistance. Additionally, they will feature a redesigned case that is compatible with AirPower and features a front-facing charging indicator.

The model will cost the same as the current AirPods at $159 and launch this fall.

The company is also working on a higher-end model of AirPods, that will launch alongside a new lineup of high-end Apple audio accessories in early 2019.

This model will include a number of health-related capabilities, as well as improved water resistance, noise cancellation, and may even be able to play content without the necessity of a nearby device. We currently expect this model to sell at $229.

In addition to high-end AirPods, Apple is also planning a pair of studio over-ear headphones for release in 2019 that will be a part of a new audio accessory lineup, as well as two new HomePod models.