You are here: Home / News / Apple is Quietly Building Up its Artificial Intelligence Capabilities

Apple ranks only second to Google when it comes to the number of artificial intelligence acquisitions made by various tech giants between 2012 and 2017. Despite the non-stop barrage of headlines that claim how Apple has squandered away its innovation edge after Steve Jobs, I strongly believe otherwise. Apple just acquired a German Eye Tracking Solutions company called Sensomotoric Instruments this week. This is just one among many acquisitions that the company has spent money since 2015 to bolster up its advanced technology solutions.

A Need for New AI Hardware?

It is true that the company has not been able to come up with a category killer product like iPhone for the last ten years. But it sure is positioning itself with the capabilities it needs when it comes to next frontier techs such as Artificial Intelligence and Machine Learning.

Apple’s stock continues to trade much like a hardware company stock with P/E multiples around 12. Compare that with some of the companies that you see making a play for Artificial Intelligence via acquisitions in the image above.

At the beginning of 2016, Apple traded at 11.36 times its earnings while Amazon traded at 900 times, Facebook at 100 times and Google at 31 times. Even Microsoft traded at more than 30 times its earnings. Although Apple trades at 17.x times earnings based on 2017 earnings, it is still well below some of these other companies. There’s bound to be more value in Apple when the company is investing so much in machine learning and artificial intelligence.

Interestingly, at this same time, Free Cash generated by Apple was exponentially higher than any of these companies. If I were an Apple investor today and were to access the risk surrounding any of the FANG stocks, I would be very comfortable owning Apple. 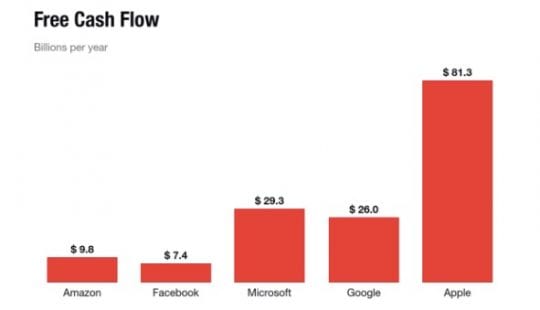 With these growing acquisitions to bolster its own R&D efforts in Artificial Intelligence and Machine Learning, Apple is bound to become a force to be reckoned with.

Apple Innovation is Behind the Scenes

The innovation via Artificial Intelligence and other new technologies will definitely show up in Digital Healthcare initiatives, Siri 2.0 and autonomous driving as Apple prepares itself to promote new product and service offerings. 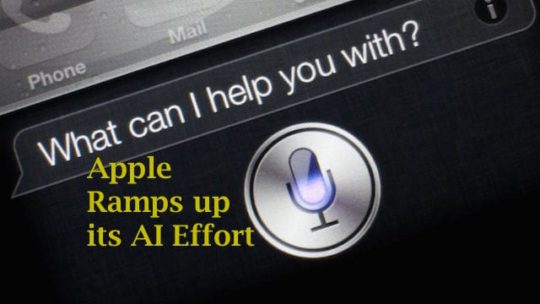 There has also been a change in strategic direction at Apple as the company looks to innovate via chip design. Instead of just focusing on cost side economics by streamlining suppliers, Apple is trying to innovate within the company via advances in chip design.

Mark Gurman, a notable analyst at Bloomberg reported that the company may be working on a new AI chip.

“Apple is working on a processor devoted specifically to AI-related tasks, according to a person familiar with the matter. The chip, known internally as the Apple Neural Engine, would improve the way the company’s devices handle tasks that would otherwise require human intelligence — such as facial recognition and speech recognition, said the person, who requested anonymity discussing a product that hasn’t been made public.  Apple also plans to offer developer access to the chip so third-party apps can also offload artificial intelligence-related tasks, the person said.” 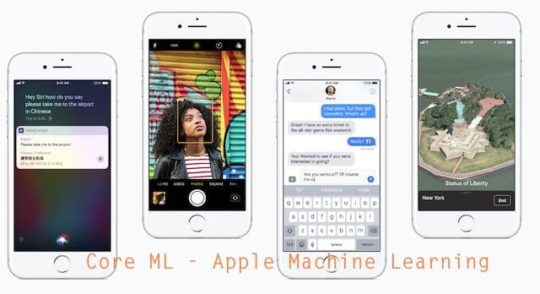 The Core ML Tools is a Python package which makes it easier for third party developers since Python has been around for a while and is quite popular with the development community.

By continuing to innovate at the chip level and by making sure that the new technological capabilities are available to third party developers, Apple will perform very well when it comes to growth and innovation.