Before Apple dove into unveiling the new iPhone lineup, along with the Apple Watch Series 5, the company took time to focus on some new services. Earlier this year, Apple Arcade and Apple TV+ were announced, but we didn’t have all the information regarding what these services entail.

Now that Apple’s September event has concluded, we were provided with a few more tidbits. The company took to the stage to share more details about both Arcade and TV+.

Apple Arcade is a new game subscription service that provides more than 100 games to play on your iOS and Apple TV devices. This subscription removes any concerns regarding possible in-app purchases, which have been a source of frustration for mobile gamers.

Apple Arcade will launch on September 19th, alongside the final release of iOS 13. The library of games will be accessible from the App Store, with a new tab found at the bottom. 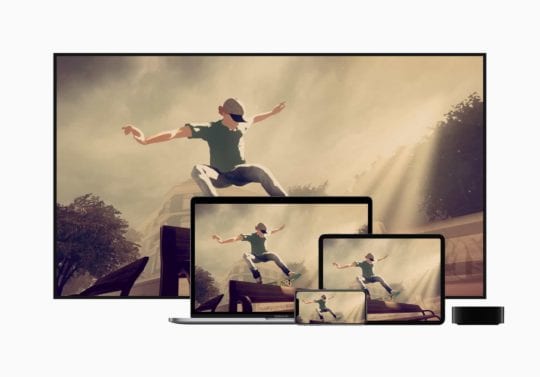 As for pricing, Arcade will cost $4.99 per month, with access to the entire library which we are expecting to grow. This subscription can also be shared with up to 5 family members, which is awesome in its own right. Perhaps the best part of this is that Apple is offering a free one-month trial, helping you to decide whether the $4.99 monthly cost is worth it to you.

Finally, these games will be downloaded directly to your device, so you can play them online with others, or offline. Apple is also making it easy to jump between devices to continue your games. This means you can start playing a game on your iPhone, only to switch to your Apple TV, iPad, Mac, or vice-versa.

The streaming video market is heating up, especially with Netflix and Hulu raising its prices. This is further compounded by the entrance of Disney+, which will be launching soon for just $7.99 per month with access to some of 2019’s biggest hits.

Apple TV+ may seem a little late to the game, and Apple seems to recognize that. The company opened up a bit more about the upcoming service, primarily with a trailer for the upcoming show, “See”. 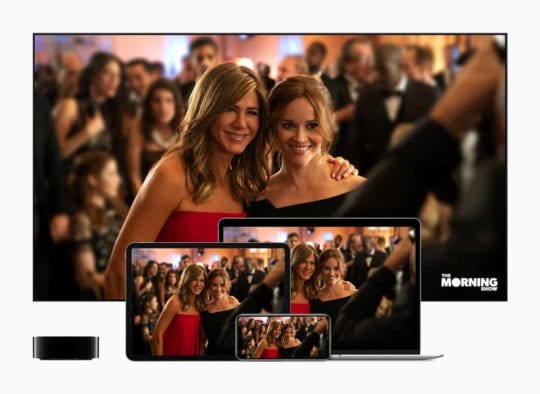 Additionally, we learned that Apple TV+ will launch in more than 100 countries and regions on November 1st. Perhaps what’s even more exciting is that those interested users will only have to cough up $4.99 per month for this exclusive content.

At launch, TV+ will have 9-originals available to stream, with plans to add more each month.

Apple is also throwing in a 7-day free trial for those interested in seeing what TV+ has to offer. Oh, and those who purchase a new iPhone, iPad, Apple TV, iPod Touch or Mac, will get ONE YEAR of TV+ included for free.

While seeing the new iPhone lineup and Apple Watch Series 5 announced was awesome, it’s interesting to see Apple move further into services. TV+ and Arcade are just two points of attack, and we are getting close to seeing them in action.

Let us know in the comments whether you’ll be looking to jump on board with either of these subscriptions. If you are, let us know which and why you’ll be doing so.