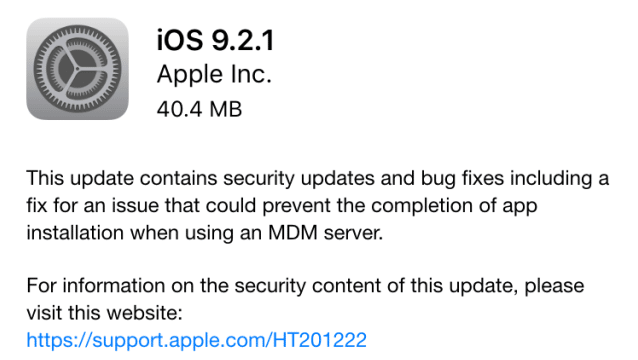 Apple released the iOS 9.2.1 today. Majority of the updates have focussed on security updates and some bug fixes that apply to enterprise users. The Battery drainage issue has not yet been fixed in this update as Apple continues to explore this issue as it acknowledged last week publicly. 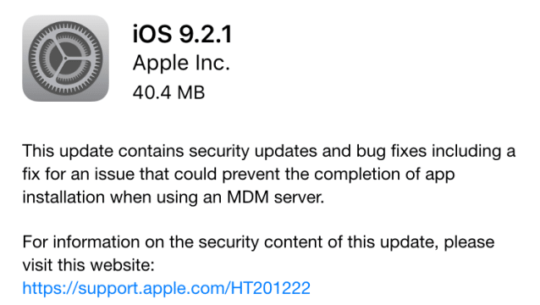 iOS 9.2.1 can now be accessed through the “Software Update” option in the official iOS Settings application. In its’ release notes, Apple revealed that iOS 9.2.1 fixes an issue that could prevent the completion of app installation when using a Mobile Device Management server.

What is known as this time is that Apple continues to work on major updates and upgrades to iOS 9.3. This is currently in beta release and should be available sometime soon for public release once the issues are resolved after the developer testing.

Apple today also released OS X 10.11.3 to the public. This is an update to the El Capitan operating system that was first released on September 30. The update includes

The OS X 10.11.3 update can be downloaded in Mac App Store. It is available to all OS X El Capitan users.