You are here: Home / iPad / Should you buy Apple’s newly released iPad mini and iPad Air? 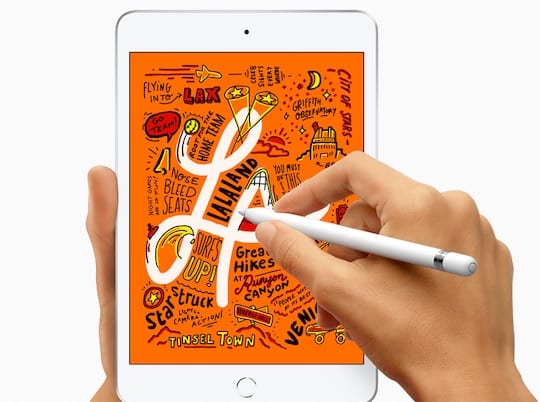 Apple on Monday gave everyone a bit of a surprise by debuting two new iPad models: the iPad mini and iPad Air. The new devices sport a variety of improvements including Apple Pencil support and processors that are three times faster than previous renditions.

The iPad Air now has a 10.5-inch display while the iPad mini retains its screen size of 7.9 inches. Both models sit somewhere between the entry-level iPad and Apple’s iPad Pro devices. But, who are these new tablets for? And, more importantly, should you buy one? We break it all down for you below.

Who are these new iPads for?

Both new models make the iPad lineup a bit more confusing, but also bring quite a bit to the table if you’re in the market for an Apple tablet. There’s always been a clear separation between the iPad Pro and the entry-level iPad. The iPad Pro is a powerhouse computer-replacement, while the iPad is aimed at students and teenagers for its entertainment capabilities.

The iPad mini and iPad Air have made that boundary a bit less clear. And that’s probably a good thing.

While all iPad models are excellent tools for creativity, productivity and entertainment, the entry-level iPad is well-suited for students, casual users or those on a budget.

That’s still true, but Apple’s newly released 2019 tablets represent another option for discerning consumers. The iPad mini and iPad Air may not be as cheap as the 9.7-inch iPad, but they pack the same beast of a chip that powers the 2018 iPhone lineup.

Get more bang for your buck.

This is particularly noteworthy because the iPad mini, priced at $399, is now the cheapest way to get an A12 Bionic. The iPad Air, which starts at $499 and packs a 10.5-inch display, is also an attractive alternative to Apple’s premium tablets.

The Apple Pencil support for both devices also increases their usefulness for a variety of tasks. These new iPads also pack enough power to enjoy multitasking.

All of this is to say that the iPad mini and the iPad Air are good options for the average consumer. From simple note-taking in class to binging the latest Netflix series, they’ll be able to provide a great experience for all but the most demanding of tasks.

There are undoubtedly still users who need the additional professional features of the iPad Pro. For everyone else, Apple’s new tablets are more than enough.

Which iPad model should you buy?

It’s recommended that you opt for the new iPad mini or the iPad Air, unless you’re on a strict budget or you’re buying tablets en masse.

The iPad mini is going to represent a massive upgrade over the previous model, which was released in 2015. It has a better display, a better camera, a much faster processor, and Apple Pencil support.

While its 7.9-inch display isn’t going to be for everyone, the smaller form factor makes it perfect for frequent travelers or users who want a lighter setup.

The iPad Air, on the other hand, is both larger and more powerful than the 9.7-inch iPad. Because of that, it can provide more of a full tablet-like experience than the iPad mini (which isn’t that much larger than the iPhone XS Max).

But the iPad Air is also a few hundred bucks cheaper than the iPad Pro. More than that, it doesn’t sacrifice many features beyond Face ID, USB-C and a better screen refresh rate.

It’s worth noting that both devices have a decent base storage tier — 64GB — and cap out at 256GB. They’re available in both Wi-Fi and Wi-Fi + Cellular variations.

We break it down for you.

To break it down even more simply, you can make a decision based on a couple of criteria.

What about an iPad mini Pro?

Before today’s update, there were multiple rumors suggesting an iPad mini Pro was in the works.

A 7.9-inch screen is all that well-suited for professional art or design tasks. The idea of an iPad mini Pro seemed tantalizing. But it probably makes more sense for a professional to opt for a larger display.

But it’s great for reading ebooks or watching a show on the train. It’s a form factor that echoes something like the Amazon Kindle Paperwhite, but is capable of so much more.

An iPad mini Pro is still a possibility, of course. But other than Face ID, a bezel-less display and USB-C, there aren’t many more upgrades that Apple could make that would bump the iPad mini into pro territory.

What do you think of Apple’s two new releases? Will you buy the new iPad Air or iPad mini? Sound off in the comments section.