You are here: Home / News / Apple Rumored to Be Buying India’s Eros Media for $1bn. Why?

It’s all about digital content these days. Amazon, Hulu, Netflix and now Apple has started a strategic overhaul of the digital content they provide to their customers. This week Rueters reported that Apple may be in talks with the Indian content house Eros to acquire a portfolio of Bollywood movies and music.

India’s Economic Times reported the talks on Aug 7th. The newspaper, which cited multiple sources familiar with the matter, said the deal could be worth around $1 billion. 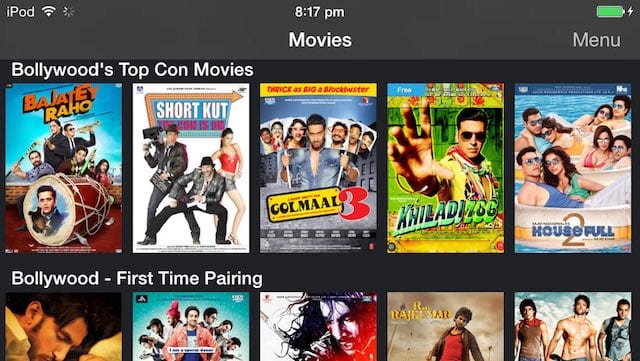 On the latest earnings call, Tim Cook mentioned that Apple is looking to expand its operation in India by making significant investments. The company has already started producing the iPhone SE in the country and is reportedly in talks with the Indian government in order to procure tax breaks for its key suppliers that facilitate the manufacturing operations in India.

Although the momentum seems headed in the right direction for Apple’s India initiative, the rumored deal with Eros may still be pretty far-fetched and risky.

There is no doubt that bollywood content in terms of movies and music have a huge fan following in the sub-continent. Eros is also one of the largest motion picture production and distribution company in India and has a long history in the industry since 1977.

One of the big risks underlying the assets of Eros is that most of their content is available online from various sources. It is by no means exclusive. Digital piracy is a big problem when it comes to bollywood content today. You can probably find any of the movies or music starting with Youtube to a slew on other Indian websites and torrent streaming sites for free. This is despite the industry and the government efforts to crackdown on piracy in the recent years.

It is the same problem that Chinese content houses have faced over the years. Most content including new blockbuster movies are widely available for free from online sources or as pirated DVDs on the street corners.

The second challenge that one is bound to face when offering the content online is the format. While Hollywood movies in general have a running time of an hour and some minutes, the bollywood movies are overwhelmingly longer in duration (more than two hours and sometimes close to three hours).

In the world of Facebook and WhatsApp communities not many people can afford to spend three hours watching bollywood movies on a regular basis. Most of the Eros movie content is probably 2.5hrs and more and one wonders what sort of engagement will this content provide to Apple’s customers.

For years, both Netflix and Amazon signed deals to acquire content from media houses. Over the last few years, these companies have realized that their strategic advantage lies in providing original content. To that end, these companies have been investing huge amounts in order to transform themselves into actual production houses.

Will the deal with Eros provide such advantage to Apple? May be not. Eros is not in the process of delivering short format digital hits. Small and independent production and media houses probably produce most of the exclusive digital content found online in this sub continent. The industry is still very fragmented and will require time and money to develop it appropriately.

There aren’t any Carpool karoke hits being produced by the likes of Eros today.

That being said, Eros has ventured into the area of digital subscription platform by offering an over the top platform (OTT) to provide bollywood movies and television shows. There is some momentum in this new Eros Now platform but the results are not flattering.

In a country that has 450 million online users, Eros Now had 55 million users at the end of 2016 with only 1.32 million paid subscribers.

Amazon is also pushing forward with its initiatives in India. It has as many as 18 original shows in the pipeline, and its free bundling with an Amazon Prime subscription should give it a leg up over its competitors.

Similarly the local startup Hotstar is doing pretty well. Hotstar currently stands at a subscription base, which is 10 times more than Netflix India and provides both entertainment content as well as Cricket online. It started a premium service recently that charges $3 a month to offer premium international content to its digital subscribers.

Unlike in international markets, where ErosNow has a single premium subscription plan priced at $7.99 per month with annual subscription at $79.99, the premium two-tier pricing for the Indian market was offered at Rs 50 and Rs 100 per month in 2015.

A Hotstar premium subscription costs just Rs199 per month, compared to Netflix’s starting rate of Rs500. And Amazon Prime video charges an annual fee of Rs499 for unlimited video access, as well as prime delivery for orders on its e-commerce platform.

Despite the low pricing offering of Eros now, the company was only able to attract 1.3 million paid subscribers. That speaks volumes.

If these rumors are true, one wonders what Apple would actually be buying by paying a billion dollar for Eros! A billion dollars! Why Apple Why?

That sum would be well spent in probably offering a dual SIM feature to the iPhone which is something the subcontinent consumers have been wishing for a long time now or even taking steps to develop exclusive online entertainment shows that are targeted at Apple customer demographic.