You are here: Home / News / Opinion: Apple and Virtual Reality

When it comes to Virtual Reality, Apple has been kind of stuttering between ‘P’s and ‘M’s this last couple of years. Lets see..

Perceptio, PrimeSense, Polarose, …for Pete’s sake…. We have a Faceshift at Apple now with the last acquisition. For a moment it did feel that the crew at 1 Infinite loop in Cupertino were in a messed up do-loop with their ‘P’s, but last year marked the acquisition of FaceShift. This was followed by some big industry hires in the space of virtual reality and it was reported by Macrumours that Apple has a secret team working on Virtual Reality. 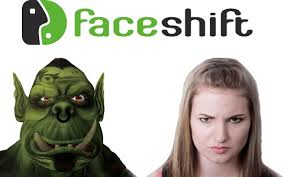 Faceshift, as you all know by now, is a Swiss software firm that is in the business of face animation software. This is also the joint whose crew apparently worked on Star Wars Episode 7. Although the company’s news section leads with an article focused on “Why Neuroscientists are focused on Virtual Reality”, I’m guessing the company’s software has something to do with the facial animation and expression.

Many FaceShift clients want an inexpensive way to capture facial animation on a moving actor. FaceShift has a solution using off-the-shelf parts for a wearable chest-cam system. This solution is great when using FaceShift during Voice Over shoots, combined with a body mocap system, and other times when the actor wants a larger range of movement. This is straight from their website.

More interestingly, the folks from FaceShift were in our neighborhood in 2014, Thanks to OCVR and they had a very unique perspective to share about their software, Unity and Virtual Reality applications. Please take a look at the video below to understand from the FaceShift guys think of using it with VR. Thanks to Doug Griffin and OCVR.

Interestingly, 2015 has been a very 3D’ish year at Apple. Almost all through the year they have been filing patents related to 3D, Facial Recognition and other cool stuff in this area. 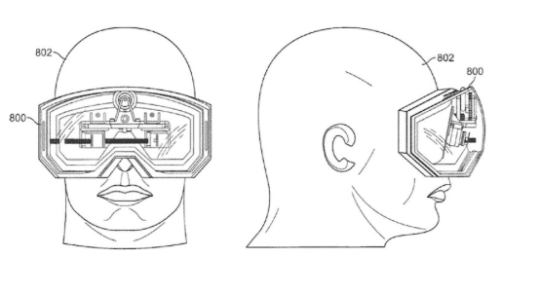 In Jan 2015, Apple polished up a patent filing from 2012 that appeared to be a future 3D camera and extension of their 3D Parallax UI to their Carplay and watch. The addition of a stereoscopic or 3D camera is a very important considering Apple’s acquisition of Israel’s PrimeSense.

In Feb, Apple was granted a second radical axis based multidimensional filing system. On April 9, 2015, the U.S. Patent & Trademark Office published a patent application from Apple relating to an OS X desktop filtering system that could allow a user to transform their desktop to a 3D GUI.

This was then followed in May with Patents around a Projector System Designed for Controlling Games on iDevices via Gestures. There was also the patent for Headset similar looking to the VR headsets and  in Oct, Apple filed an application for Miniature Optical Projector and Biometrics for Online Commerce. There was also the Metaio acquisition that suggested entry of Apple into the Augmented reality space.

We could speculate a lot regarding Apple entering VR via Faceshift et al or discuss strategies around how your beautiful Selfie will enable to lock and unlock the new iphones or emojis & avatars based on your facial expressions , given the rumors that the iPhone 7/8 will sport an iris scanner and some facial recognition features.

It is clear that Apple may not be planning on sitting on the side lines for long when it comes to Mobile VR. With packaged Gear VR deals with Samsung Edge devices, Samsung is definitely positioning itself in the Mobile VR market.

The package deal from Samsung ( Get a free Gear VR when you purchase a Galaxy phone) provides a compelling argument for folks that are trying to decide between an Apple handset and a Samsung device. Samsung is also able to attract enterprise customers such as Six Flags by offering their mobile V/R headsets. These headsets use the Samsung phone and thus its a win win for Samsung. We strongly believe that Apple is thinking through this competitive disadvantage and will probably have a pretty decent mixed reality offering very soon.

Given the popularity of the A/R game Pokemon Go, it was only fitting for an analyst to ask Tim Cook about what he thought about augmented reality during the third quarter earnings call. It appears from Tim Cook’s remarks that Apple has been looking into augmented reality and is thinking through it from a long-term perspective.

With Apple’s push into enterprise services, it will not be surprising if the next generation of the iPad Pro’s sport some well crafted augmented reality applications that make business sense for enterprises. After all Metaio, the company that Apple bought last year in this space had already a few German Industrial customers in its roster.

For Now, lets all enjoy some Apple pie, Swiss Cheese and a cup of Coffee and tolerate what Oculus Founder has to say about Virtual Reality on Macs.

Please feel free to watch the video from Faceshift. This is the facial recognition and mixed reality company that Apple bought last year. We were lucky to see the technology first hand when it was demonstrated here in LA.

What do you folks think? Will the iPhones and iPads that will get released in 2017/2018 sport some of the mixed reality features?