Apple Watch Series 2 renewed the excitement around the product category just when everybody was ready to write off the Apple Watch once and for all. With new features such as Wi-Fi and Swim ready, it is no surprise that the new Apple Watch was a success this past Holiday season. Reuters reported that Apple Watch sales to consumers set a record in the holiday week.

There has been numerous speculations around the future of Apple Watch. It is likely that Apple may release a new model this year with more battery power and perhaps with cellular connection. A new Apple patent approved this morning provides some clues around modular functional bands that might add more bells and whistles to this wearable category and potentially allow users to customize their wearables. 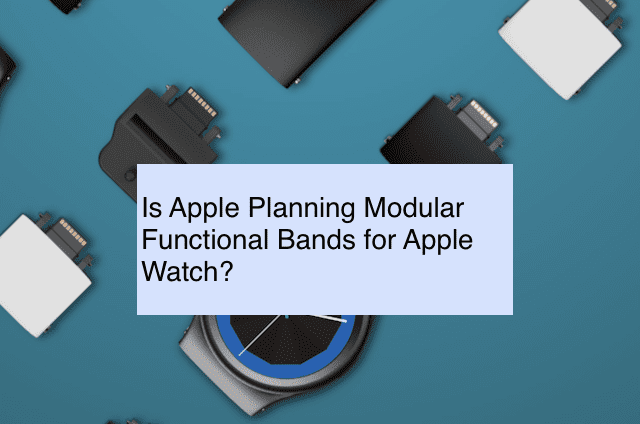 The Patent, 9,553625, approved today was filed in Feb 2015. It explores the use of a band that has multiple modular functional band links that are each electrically and mechanically connected to one another and to a wearable device, most likely an Apple Watch. 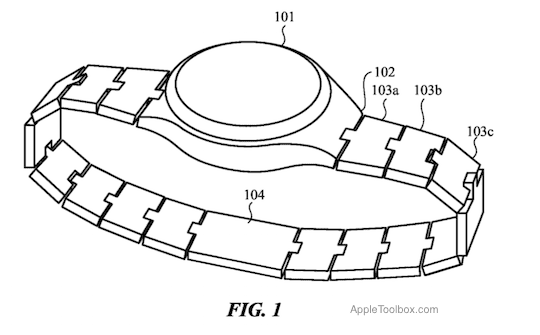 This novel concept could open up user related customization options for the wearables category. For example as a future Apple Watch owner, you could buy the links that are useful to you based on the functionality (different sensors) and link them together in the band. This would allow for modular design and let users build a smartwatch of their dreams.

There are already companies working on similar modular design concept for watches. One such company is Blocks whose modular watch designs start at $400 and are available for pre-order.

As with other Apple patents, it is difficult to say if this novel concept would show up in a real product anytime soon but it certainly has the bells and whistles to make the Apple Watch a truly personal device.