Excitement has been building around the new Watch Series 3. The current rumor mill suggests that Apple may be releasing the new Watch by the end of 2017 and will showcase it during the September event. 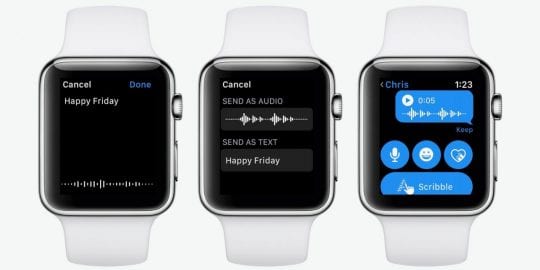 There have been a lot of conversations for months around potential LTE capabilities on the new Watch with users hoping for more independence from the iPhone.

Although the Apple Watch will bring more independence to the unit as in you will be able to do a lot more without having your iPhone nearby, traditional phone calling may not be available on the new Watch unit.

The famed Apple analyst Ming-Chi Kuo at KGI Securities has suggested that the new Watch is unlikely to support phone calls is his recent note to investors. Traditional Phone calls may not be coming on the new Watch however VOIP based voice calling could be a feature that users will be able to take advantage of.

Apple’s internal thinking around this can be evident from a patent that was approved early this week. The patent “Cloud Messaging Between Accessory and a companion device” sheds some light on this issue.

According to this, most communications today between the Watch and other Apple devices happens via Bluetooth or when they share a common Wi-Fi connection. 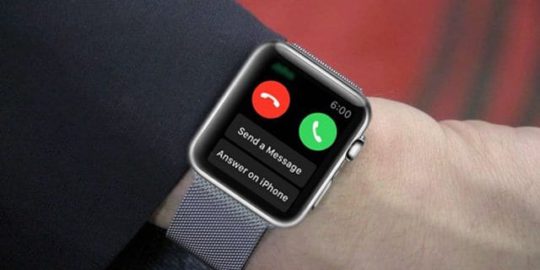 Although the current Watch has some Wi-Fi capabilities, these are very limited and are dependent upon the paired iPhone

Today Your Apple Watch can connect to a Wi-Fi network:

For example, your Apple Watch won’t connect to 5GHz Wi-Fi or public networks that require logins, subscriptions, or profiles.

According to the patent, when such near-field communication infrastructure is not available, the devices will communicate using the cloud based message communication. This will enable the companion device (iPhone) and the accessory device (Watch) to share messages even when they are physically distant from each other.

The best part of this patent is that at least it confirms that Apple will likely have some new capabilities on the Series 3 that will facilitate communications on the unit even when the iPhone is not around.

This means that the Wi-Fi capabilities on the next Apple Watch, Series 3 will be more independent from the Paired iPhone. Network Infrastructure on the new Watch will be able to connect directly to more Wi-Fi points without having to carry the iPhone.

This degree of freedom can only make sense if these devices can some how sync with each other.

If you fired a message on the Watch, it will somehow need to sync up with your iPhone. Similarly, if you last communicated with someone on your iPhone using message, when you open your Watch, you should be able to see the last message even when your iPhone is not around in order to continue the conversation.

This is where the iCloud infrastructure comes into play. The iCloud will serve as the backbone to keep your communication in sync when the devices are not near each other.

There is however a major challenge if everything on your iPhone and your Watch is synced via iCloud in real time.

Transmissions via the cloud server, including setting up and breaking down the cloud pipe, may involve a large amount of power consumption, and thus may reduce the battery life of the smart watch, which has a reduced battery capacity relative to the smart phone.

Apple’s thinking is to provide Watch users with more control so that they can choose what they want to sync between their Apple Watch and other devices and also enjoy good battery life on the Watch. 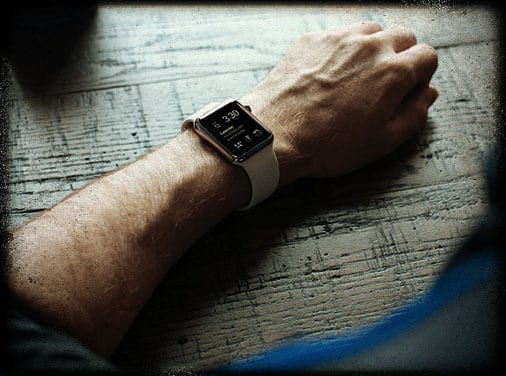 First and foremost, Users could have control over type-level permissions

As a user, you will be able to decide which communications “type” you want to sync between your iPhone and remote Apple Watch.

As a user, you will be able to decide which communications “type” you want to sync between your iPhone and remote Apple Watch.

You can choose to only have your Calendar notifications or email send to your Watch. You will have greater control in setting up more preferences. For example, you can set up predesignated senders (VIP). This would mean that communications only from these designated senders would be sent over to your Watch when you don’t have your iPhone with you.

There are other techniques illustrated in this patent that show how a remote Watch could be used for communications independent of the iPhone via the existing icloud infrastructure.

When Will We have true Apple Watch Independence?

We can hope and wish that the next Watch, Series 3, comes with built in LTE chip that enables independence. It is, however, going to be a challenge for Apple to integrate device independence and optimized battery life.

Unless and until Apple develops more efficient battery designs that can withstand power hungry communication protocols on an Apple Watch, we may, in fact, be looking at a Series 3, which has limited communication capabilities.

In reading the patent, it is clear that Apple is thinking hard and fast through all the technical and usability design challenges. They wouldn’t want a product out there with terrible battery life even if it has some LTE capabilities. To that end, the filtering capabilities of the new Siri Face on watchOS 4 will help users to only focus on the content they are interested in seeing in a quick glance as opposed to everything thereby preserving more battery.

Its only a matter of few weeks or months, before we find out the exciting capabilities of the new Apple Series 3 watch. I’m encouraged by the fact that Apple is thinking through technology that will help optimize communication capabilities and battery life.

Would You rather have an Apple Watch with which you can have traditional phone conversations and it’s battery only lasts for a few hours or would you rather prefer a Watch that has limited VOIP calling, controlled communications, and a better battery life?

Either way, it might be a good time to pick up an iCloud Storage plan that meets your needs and fits your pocket!