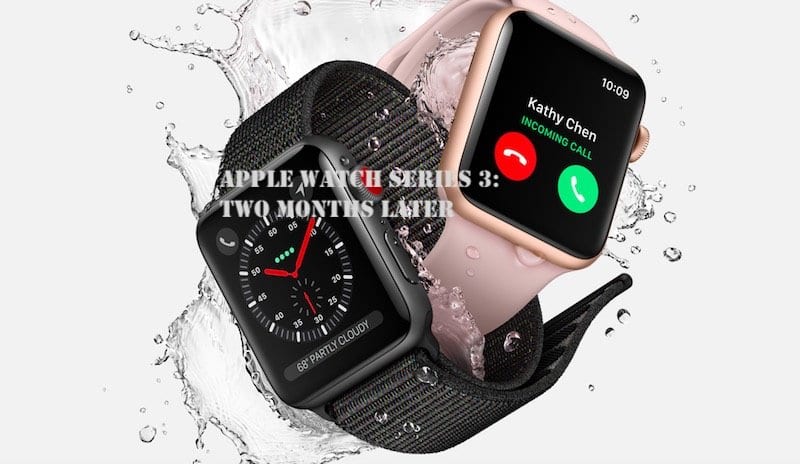 During Apple’s September keynote, the company said the Apple Watch had surpassed Rolex to become the world’s number one watch in terms of revenue. It’s been about two months since the Apple Watch Series 3 with cellular was released. The question is whether it holds up as the flagship in the world’s most popular line of watches. After having it strapped to my wrist for two months, here’s my take.

The moment Apple confirmed on stage there would be an Apple Watch with LTE, I was immediately hooked on the idea. The thought of going practically anywhere without a phone and still receiving calls and messages was enticing. So, I pre-ordered a Gold 42mm Series 3 with cellular. 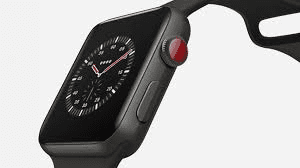 Like many, I all too often scroll through Twitter, peak at emails and check headlines throughout the day even when my attention should be elsewhere. One of my first thoughts about a cellular Apple Watch was leaving my iPhone at home when going out with family.

Now I’m not lost on the irony of buying new technology to help curb addiction to current technology. This idea received nothing but an eye roll from my wife. My son, wife and I go out to dinner, the movies and shopping quite often. Being able to unchain from my iPhone for a while and focus on family sounded great.

When the Watch arrived, I was still using an iPhone 7 which I was no longer all that attached to. It turns out, at least for me, being able to leave my phone behind for family outings was great. After a decade of carrying an iPhone everywhere, it was weird but only took a few times to adjust. And my wife still had her phone with her just in case. But since the launch of the iPhone X, I haven’t left my phone behind once. Although, I’m sure once the newness wears off I’ll go back to leaving my iPhone at home more.

Exercise is probably the reason most people would buy a cellular Apple Watch. I’ve gone on a few walks with just the Apple Watch, and it’s been fine. Streaming Apple Music from your wrist is cool, but I listen to podcasts more than anything, and there are no streaming podcast options yet. This is the one big item on my wishlist for the cellular Series 3 Apple Watch.

Of all the impressive features, I still find myself using the Apple Watch more for receiving notifications and controlling what’s playing on my iPhone than anything else. That’s not to say I don’t find it useful because these two things are massively convenient. 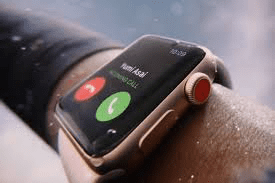 Knowing who is calling or sending me a message without having to pull my phone out of my pocket is wonderful. And I probably change the volume, pause and play and skip forwards and back when listing to something on my iPhone 50 times a day. For these reasons, I won’t stop using an Apple Watch anytime soon. However, these things can be done just fine on any Apple Watch.