Apple will debut a new Apple Watch this year. That’s probably a given. Unfortunately, we’re not sure what the device — presumably the Series 4 — will actually look like or what features it will include.

Despite that, the Apple rumor mill never rests. Here are the features, design upgrades and technology that have been reported as possibilities for this year’s Apple Watch Series 4.

There are a ton of rumors, supply chain reports, patent filings and analyst predictions relating to the Apple Watch Series 4. Here are some upgrades that are probably the most likely.

One of Apple’s main goal with the next Apple Watch is better battery life, according to an Economic Daily News report from January 2017. A longer battery life is one of the most commonly requested features for today’s plethora of devices.

Of course, Apple would either need to enlarge the case size slightly or otherwise make room by tweaking other internal components.

Still, it’s one of the more anticipated and likely features for the next generation of Watch.

Kuo, who has an extremely solid track record in predicting Apple’s next moves, has another forecast for the Series 4.

Namely, the analyst thinks that the device will sport a display that’s about 15 percent larger than previous generations.

Like with the larger battery, Apple could make way for the display bump by slightly increasing the size of the Series 4.

But the Cupertino, California firm could also give the Apple Watch the “iPhone X treatment” and slim down the already svelte bezels on the wearable.

It goes without saying that we expect the next generation of Apple Watch to feature a faster chip and other routine upgrades.

Beyond that, leaks suggest that the device could sport upgraded liquid crystal polymer circuit board technology for its cellular antenna.

That could result in better and more stable LTE signals for the device, as KGI Securities’ Kuo points out. But it could also mean enhanced heat and moisture resistance, thanks to the inherent properties of LCP technology. 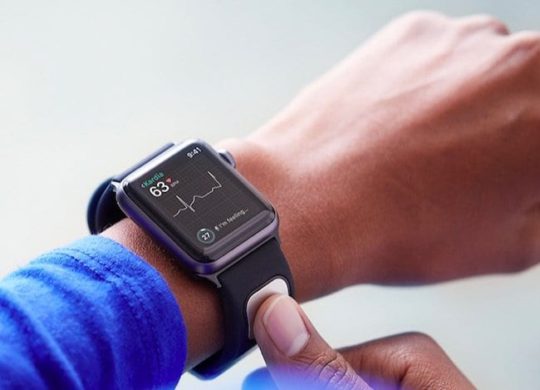 watchOS 5 will likely feature some major upgrades. But there hasn’t been much word as to what those upgrades could entail.

There are rumors, however, of the introduction of a new developer framework called StreamKit.

It would allow Apple Watches with LTE capabilities to receive push notifications. It could also allow for third-party music apps like Spotify, among other features.

Additionally, there are blog reports that Apple may be gearing up to finally allow third-party Watch faces in an upcoming watchOS update. Of course, whether that would debut in watchOS 5 remains to be seen.

The above features are pretty probable. But there are a ton of other Apple Watch-related rumors that could hint at some other upgrades.

Many of these will probably end up in a future Apple Watch. The unclear part is whether they’ll be included on the Apple Watch Series 4.

Apple is said to be developing its own first-party microLED displays for future products.

MicroLED is a nascent display technology that offers several advantages over traditional OLED screens. It also would allow Apple to lessen its reliance on third-party manufacturers like Samsung Display.

But since the technology is still in its infancy, it’s unlikely to be used on smartphones for at least a couple years. In other words, we’ll probably see it on the Apple Watch before any other device — possibly even on the Apple Watch Series 4.

One of the advantages of microLED is that it doesn’t require a backlight, which could allow Apple to slim down an Apple Watch (and make room for other internal upgrades).

Still, it’s worth noting that the cost to produce microLED displays at scale might not be feasible for a 2018 device. So take this upgrade rumor with a grain of salt.

While nothing is set in stone, there are some rumblings in the Apple rumor mill that the company could add Face ID to its flagship wearable.

Some of those rumors came from Patently Apple, who discovered several references to “user identification” and “camera” in relation to Future Apple Watch sensors.

The convenience of a TrueDepth Camera and Face ID on an Apple Watch is pretty clear. You could simply raise the Watch and look at it to unlock it.

Presumably, the addition of a TrueDepth camera also hints at some sort of Animoji recording support for the Watch.

Of course, Apple’s wearable typically only needs to be unlocked about once per day. So the actual usefulness of such a feature is up for debate. 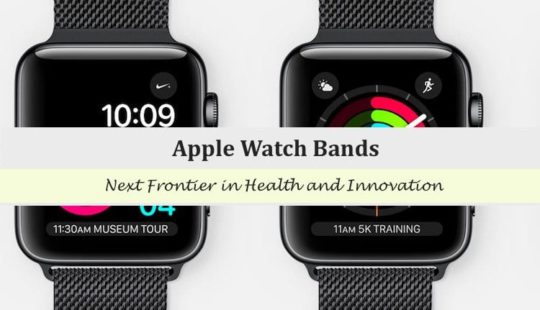 Last December, Bloomberg reported that Apple was working on sophisticated electrocardiogram technology for a future wearable.

That tech would include an embedded EKG sensor that would make an Apple Watch much more accurate and useful in detecting heart-related issues.

Of course, such a sensor suite would likely require FDA approval — which could completely throw off the usual product cycle. Apple CEO Tim Cook has specifically said in the past that he does not want to put the Apple Watch “through” the FDA approval process.

There are other health sensors rumored for a future Apple Watch, too. But they would run into the same issues.

For example, Apple is rumored to be developing a noninvasive glucose monitoring sensor, but the New York Times reports that it’s likely still a few years away.

In other words, these might be doubtful additions for the Series 4 unless Apple has an ace up its sleeve — which it often does.

KGI Securities’ Ming-Chi Kuo made another rather vague prediction for the Apple Watch Series 4.

In a research note, he forecasted that the device might feature a form factor that’s “more trendy,” but did not elaborate on what he meant.

It’s not clear whether those changes would be minor cosmetic improvements or a design overhaul. Still, Apple hasn’t changed the overall design of the Apple Watch since its debut in 2015. So it’s probably overdue for a style upgrade.

At this point, it’s important to note that the Apple Watch Series 4 isn’t likely to have a circular display face. While Apple patents for such technology have surfaced recently, it’s not likely to adopt that design so soon.

There are also patents depicting an Apple Watch with a continuous display that runs into the watch strap. While that’s an exciting possibility, it’s probably not on the docket for this year.

This may be one of the pervasive rumors for a future Apple Watch: modular “smart” bands. The idea being that Apple could move some of its sensor technology to the Apple Watch’s straps.

Alternatively, Apple could add new features and tech (like a camera or the aforementioned health sensors) to an accessory. As far as health sensors, Apple could get around having to submit the Apple Watch itself for FDA approval.

Instead, it could simply submit a band with a health sensor for approval. (It’s worth noting that there is already an EKG-equipped Apple Watch band on the market with the FDA’s okay).

Apple has a variety of patents relating to modular bands or smart band technology. Some of those were filed as early as 2015.

Moving some components to the band could also result in a slimmer Watch and more internal space for a battery.

Of course, take all of this with a heap of salt. We haven’t heard anything conclusive about smart bands for a release this year — but Apple could surprise us.

The Apple Watch Series 4 is likely to debut at the Cupertino company’s annual fall keynote event. It usually takes place around September each year.

As far as pricing, it’s harder to say. If the Series 4 is more of an incremental upgrade, then we expect the price points to remain largely the same.

Of course, if the Apple watch gets the “iPhone X” overhaul, it might just go up in price.

(Though, in this scenario, we expect a “legacy” version to forego these features and be offered at a lower price.)