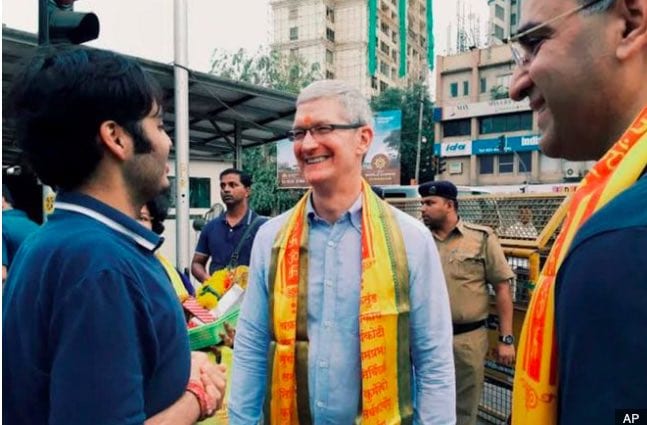 Apple is working with several Bollywood filmmakers in an attempt to secure new content as it tries to reposition itself and expand on subscription offerings in India.

Last week, Apple launched a new pricing model for Apple Music subscription in India to compete against the likes of Youtube music,  Spotify, Amazon music and other established regional players.

India’s online video market, valued at over $700 million, is expected to grow to $2.4 billion in value by 2023, according to research firm Media Partners Asia.  It is no surprise that both Amazon and Netflix are trying hard to get a piece of this profitable market segment by developing original content.

A market that size fits perfectly into Apple’s aspirations as it tries to position itself as a key player in the content subscription offerings platform.

We are reporting that Apple is actively working with the very famous Bollywood film-maker Sudhir Mishra.

Sudhir is a leading filmmaker, director and screenwriter based out of Mumbai and has made such popular movies such as ‘Dharavi‘, ‘Chameli’ and ‘Hazaaron Khwaishein aisi’. He was also the script writer for the cult comedy classic ‘Jaane bhi do yaaron’.

Sudhir has the honor of receiving three National Awards from the government of India as well as Chevalier of the Ordre des Arts et des Lettres by the French government (equivalent to knighthood).

Sudhir’s work is known to focus on various social issues. His film ‘Mein Zinda Hoon’ won the National award for best film on social issues while his film Dharavi was set amidst the backdrop of India’s largest slum, Dharavi.

Given Apple’s unique positioning of Apple TV+, we are not surprised that the company has chosen someone like Sudhir Mishra to collaborate with.  This will probably lead to a series that is focused more on social / environmental issues and may not quite fit into the typical Bollywood based narrative.

We are also happy to report that Mr. Sudhir Mishra is an Apple aficionado. You can see him sporting his Space Gray Apple Watch in the video.

We spotted this Apple collaboration narrative during one of his recent interviews with a popular Indian journalist, Neelesh Mishra. The interview took place in Sudhir’s office sometime in the last month.

Although the interview doesn’t touch upon any of the new work Sudhir has been doing, you clearly get to see Sudhir’s notes on the writing board in his office in this video. (10:14)

Based on the notes, it is clear that Apple has been working with Sudhir for sometime now. It is possible that an earlier pitch submitted by Sudhir to Apple’s decision makers didn’t make the cut and he was requested to provide something that’s “Bigger in Scale”. It remains to be seen if this collaboration results in a large mini series of sorts or a different format. The entire interview between Sudhir and Neelesh can be seen on Youtube. The video was uploaded three weeks ago.

Last year, there were some reports that Apple could be in the process of acquiring a large content house in India for an astronomical sum of money which turned out to be false.  Based on our sources, it appears that Apple is working to develop unique original content by working selectively with a few film-makers and music producers.

Apple TV+ service debuts this fall. Although Apple showcased many of the US based shows, it will be interesting to see who they partnered up with in India, China and other foreign markets as well as their pricing strategy for these new markets.