You are here: Home / News / Apple WWDC21 Predictions: What Can You Expect?

It’s that time of year again, when Apple’s biggest event is just around the corner, and everyone is making their WWDC21 predictions.

For those that aren’t aware, WWDC is Apple’s annual software event, where it announces all of its upcoming software releases. While this is big news for developers, it’s big news for the rest of us, too, because it gives us an idea of where Apple is heading over the next several months. Plus, it’s fun to get new iPhone updates!

In this post, I’m going to be making my WWDC21 predictions. WWDC is a pretty predictable event, so you can probably anticipate many of these changes without my input. What I’ll be injecting, however, is my thoughts about specific changes we might see based on WWDC20 and Apple’s current product lineup.

It’s the most straightforward of WWDC21 predictions: When is it??

This is a few weeks earlier than WWDC20, which took place during the last week of June 2020. The event is free to attend, and from what I can tell, will be virtual this year, too.

The video conference where Apple makes all of its big announcements is usually on the first day of WWDC. So this year, that will be June 7th.

If you’re not sure what WWDC is, it stands for World Wide Developers’ Conference. It’s an event where Apple announces all of its upcoming software and chips. This gives developers a few months to prepare for the coming updates, to embrace new features like widgets and App Clips, and for the rest of us to get hyped about the upcoming iOS and macOS features.

In other words, Apple announces new products during the rest of the year. But at WWDC, they announce new pieces of software.

With the basics out of the way, we’re ready to get into the WWDC21 predictions. Let’s start with a fun one!

Every year, and for nearly every event, Apple likes to have easter eggs in its promotional materials that hint at what’s going to be announced. For instance, the “Time Flies” events brought us two new Apple Watches.

For WWDC21, Apple’s promotional material reflects the theme of “Glow and behold”. The imagery for the event is of a Memoji looking at a MacBook opening while wearing a pair of glasses that reflect a few apps. 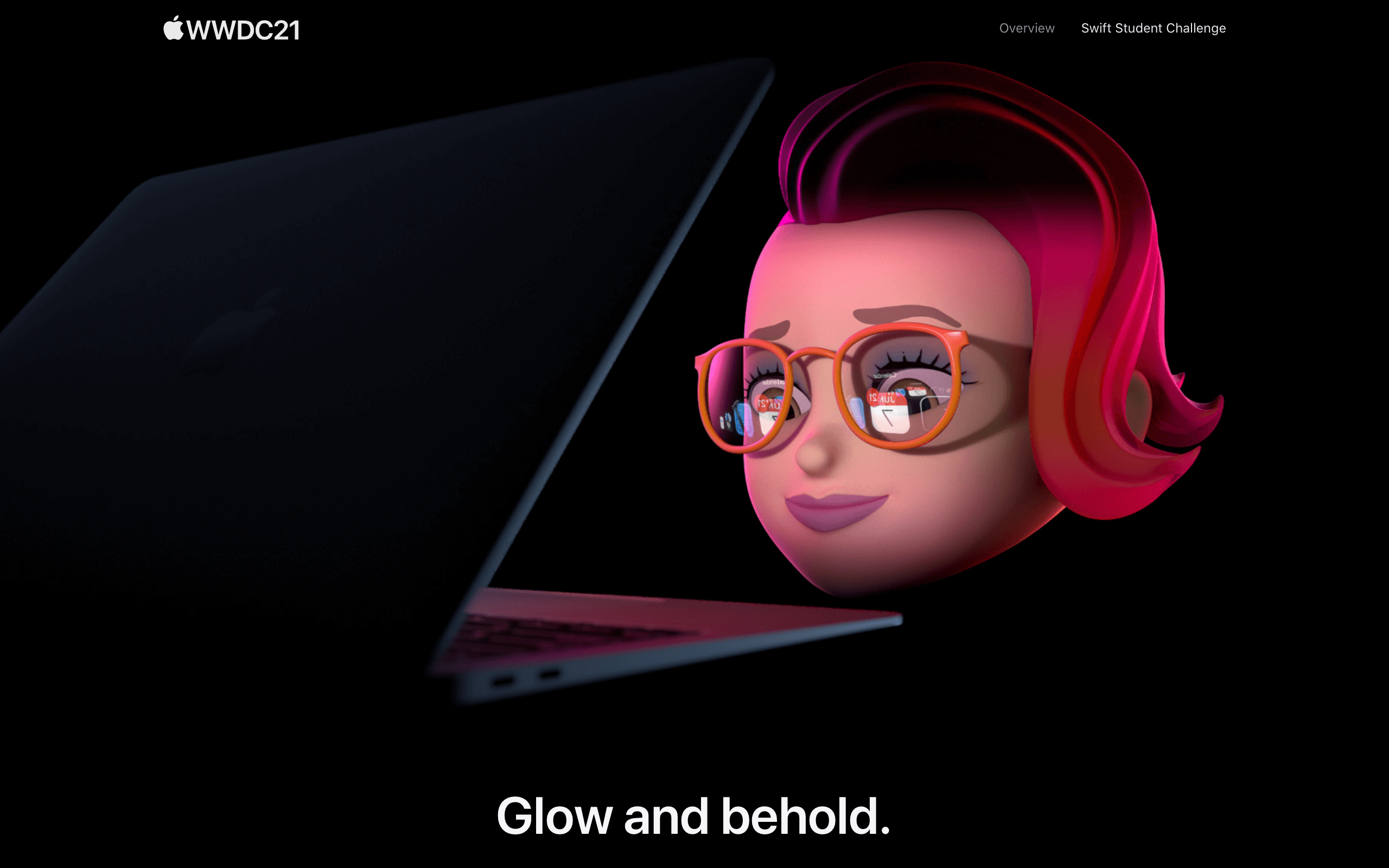 There are a few things to unpack here. First, the image is a reference to the Craig Federighi meme of him lifting a MacBook lid and looking at its glow. At the time, this was a cute way of showing that the M1 MacBooks wake instantly. 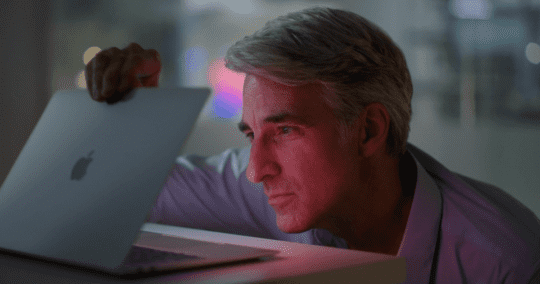 While this is a cute nod to a meme, I (and many others) are not convinced that there is nothing else going on here. “Glow and behold” is kind of an odd slogan, which lends credence to the idea that it has a double meaning.

It’s a bit tough, though, to speculate at what that double meaning might be. All I can think of is that it’s a reference to a display, but Apple doesn’t generally announce new displays at WWDC21. So for now, my WWDC21 predictions for the slogan are a bit of a dud.

On the other hand, I do think the image is a big clue at something that Apple has been expected to announce for some time now: AR glasses. Putting glasses on the Memoji and taking lengths to ensure that apps are reflected in the lenses – when the original meme had no glasses in sight – seems to hint at an AR glasses announcement.

AR glasses are glasses that superimpose digital elements over your field of view. For instance, you pull up directions to the movies, and you can see the walking directions through your glasses lenses. Google Glass attempted to do this but never caught the traction it needed.

It has been rumored for a few years now (and with a lot of evidence) that Apple is working on AR glasses as its next wearables venture. I am totally in on these rumors and think there’s a good chance (though not an absolute chance) that WWDC21 is where these glasses will be announced.

Of course, it could be innocuous. I would think Apple would hold a separate event for Apple Glasses, so maybe the imagery is just a harmless coincidence. We’ll see!

iOS 15: The next generation of iPhone software

Moving away from conspiracy theories and towards more reliable WWDC21 predictions, let’s talk about iOS 15. Apple has announced an iOS generational update at every WWDC since the iPhone’s launch, and I don’t expect this year to be any different.

What we want to talk about is what iOS 15 is going to look like. 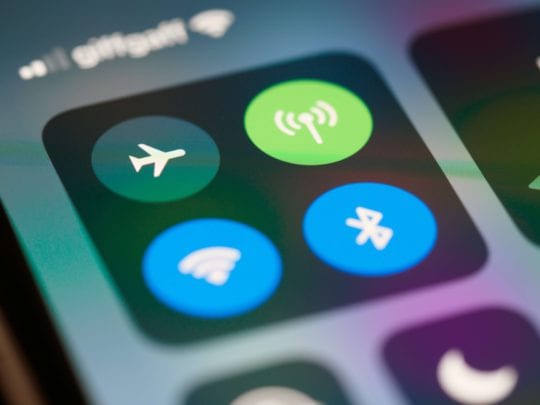 In my opinion, iOS 15 is not going to present a major change to the iOS design language. I don’t think the current version of iOS feels dated in the slightest, I don’t see any hints in any other Apple products that Apple is looking to refresh its software’s look. If anything, macOS Big Sur proved that the current iOS aesthetics are here to stay.

Instead, I think we’re going to see a lot of “boring” but welcome changes.

If it were 2020 or earlier, I would just lump my iPadOS 15 predictions in with iOS 15. But honestly, iPadOS has taken some pretty big departures from iOS over the last year. I don’t think they feel like the same operating system anymore. iPadOS is somewhere between macOS and iOS without being either. So, it gets its own section now! 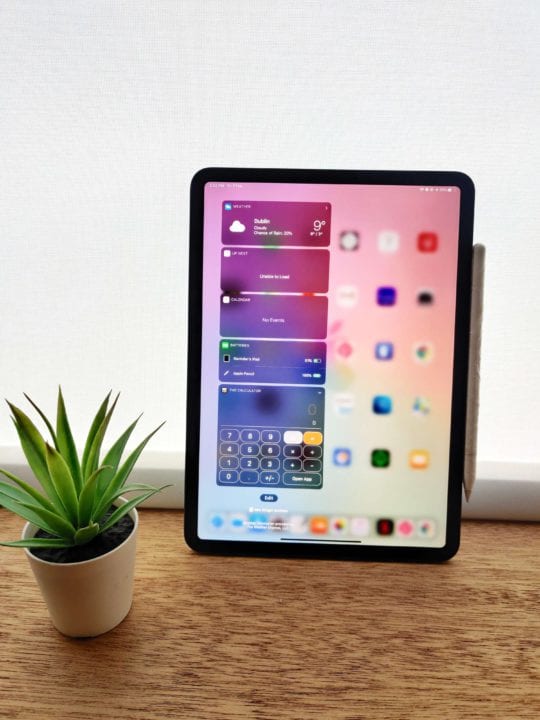 Unlike iOS 15, I do think iPadOS is going to represent some design language chances for the iPad. I think this will revolve around navigating the iPad, making peripherals like trackpads and mouses more useful, and adding a few cool features for the Apple Pencil.

Most exciting of all, I think that Apple is going to take advantage of the M1 chip it just stuck in the iPad Pro. To me, that means adding more Mac-like features for file management (archiving, a more Mac-like Files app, etc.), bringing Final Cut Pro to the iPad, and making widgets a lot more powerful on iPad. Because right now, iPadOS widgets are “meh” compared to their iOS counterparts.

macOS 12: How is Apple going to evolve from Big Sur?

Out of the big three (iOS, iPadOS, and macOS), I think we’re going to see the least amount of changes to macOS. That’s because the macOS Big Sur update was massive in every way. I think we’re just going to see that update refined in a few key ways, and maybe some performance enhancements. 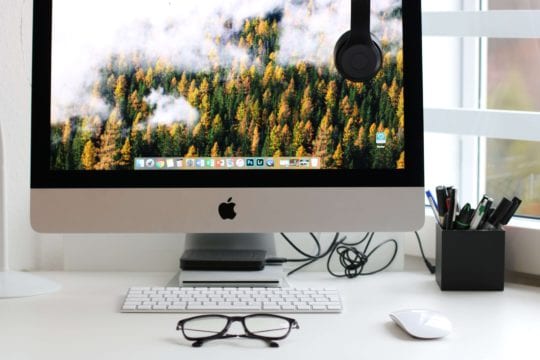 Specifically, my WWDC21 predictions for macOS 12 are that it’s going to see improved widgets and performance and expanded features for iOS apps on M1 Macs.

If you didn’t know, M1 Macs can run iPad and iPhone apps since they all use the ARM architecture. This is such a powerful and unique idea in the tech industry. No other company is in a position to do this like Apple is, and I am sure that Apple knows this. So I think there’s going to be some big news in this department.

Routine updates to watchOS and tvOS

My WWDC21 predictions for watchOS and tvOS are by far the least exciting. Even when Apple does something drastically different with these products, it’s still not too exciting.

I think we can expect some new watch faces for the Apple Watch and some general quality of life improvements for both products. Other than that, I wouldn’t get your hopes up for anything major. These products rely on hardware to shine, and we aren’t going to see hardware updates for these until later in the year.

I’ll be honest, I did not initially think we would see the M2 chip for at least another year. But that was before Apple’s aggressive push of the M1, going so far as to put it in the iPad Pro, and after loads of rumors around the M2. Now, I think there’s a good chance that we’ll see the M2 before the end of 2021.

It’s just a matter of whether or not we’ll see it during or after WWDC21.

Based on my WWDC21 predictions, I think it’s about 50/50. It makes sense that Apple would unveil the M2 during WWDC since that’s where they unveiled the M1 chip. It’s an appropriate event for it.

However, I can also see Apple going for hype. After all, the M1 has blown everyone away. So they may want to do something special for the M2 chip and release it later this year inside of a new device. In other words, Apple might keep the M2 a secret for a bit longer so that they can unveil it in an iMac Pro refresh – or something to that effect.

I think it’s a coin toss.

Possibly the next M1 Mac release?

That brings me to the last of my WWDC21 predictions, which is whether or not there will be a new M1 Mac release at this event. Or any hardware announcements at all, for that matter.

Apple rarely announces new products at WWDC. Even when it does announce hardware at WWDC, it’s generally under the hood stuff, not a new product.

That said, it could happen. Apple might reveal a refresh of the Mac Pro, iMac Pro, a crazy new MacBook Pro with the M2, or another impressive reveal.

I would say that this is pretty unlikely. While I do think that Apple is going to release more Macs before the year is up, I don’t think we’re going to see them until this Fall. I hope I’m wrong, because I’m ready for a new MacBook, but I think this is unlikely.

Do you have any WWDC21 predictions?

And that’s it! Those are my WWDC21 predictions. I’d love to hear if you have any of your own in the comments below.

It’s always hard to know what to expect from WWDC since Apple is a lot better at keeping its software under wraps than its hardware. So while I’d like to see some of these predictions come true, it’s mostly a matter of waiting.

In the meantime, check out the rest of the AppleToolBox blog for all things Apple.