Here’s a perfect example of how Apple is thinking of using Augmented Reality to provide value to its users.

Many of us who have used Lyft, Uber or other ride sharing features can attest to the fact that it is sometimes inconvenient to locate the arriving vehicle, especially on a crowded street.

Have you ever entered or attempted to enter a wrong car by mistake?

The description of the driver and the arriving car does make it much easier but how can you take it up a notch.

According to a patent approved today, ‘AUGMENTED REALITY INTERFACE FOR FACILITATING IDENTIFICATION OF ARRIVING VEHICLE’, Apple’s idea is to layer in AR features to help users to easily visualize the arriving vehicle in any given scene by using their mobile device. 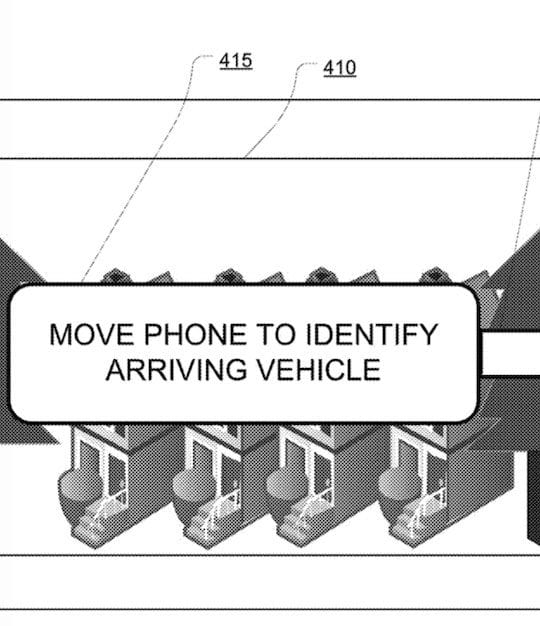 Apple’s plan to use A/R to facilitate this has some clear advantages.

Oftentimes, a large number of users may request transportation at the same time and at the same place, such as at an office during rush hour or at a venue when an event concludes.

Thus, multiple users awaiting transportation may be at approximately the same address or location.

Although potentially more accurate than an address, GPS coordinates may have some degree of error that fails to account for or detect small variances between the locations of different users (e.g., 40 feet north of a building entrance versus 10 feet west of the building entrance). Thus, the requesting passenger may not be at the exact location identified by the GPS.

By providing a Augmented Reality based platform to pinpoint the exact location of the vehicle or the passenger will make it much easier.

As part of the AR process, the request app (Lyft, Uber etc.) can send a notification to your iPhone that the car has arrived. In response to the notification, an augmented reality (AR) mode of the iPhone is enabled. 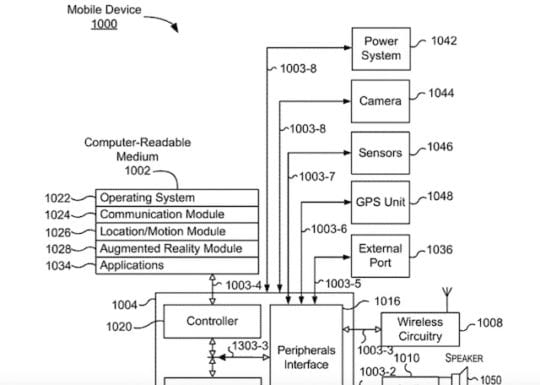 Once the AR mode is enabled on the iPhone, it can analyze images taken by the camera, e.g., via a textual analysis of characters recognized in the image and/or object recognition. The object recognition can analyze the images to identify objects that are sufficiently large to correspond to a vehicle, and then perform further analysis of the objects identified vehicles to determine if one matches the vehicle data.

As per the patent, Machine learning models can be used for the object recognition, as well as the analysis of textual data or classification of a car based on color or make/model (e.g., a shape corresponding to the make/model).

The AR Mode can also work within the Map View to make it easier for users to access exact directions to the vehicle and understand the direction from where the vehicle is coming.

This is just one of many examples of how Apple is planning to use Augmented Reality to enhance the customer experience of its users.

As with any approved patent, its hard to tell if and when this feature will actually arrive on your iPhone. However given Apple’s focus on Augmented Reality and its close relationship with ride sharing platforms such as Lyft, we would guess that this feature may be rolled out sooner than later.