Apple is planning on revealing new iPhones and a series of other products and services at an event on September 10, multiple sources tell AppleToolbox. The announcements include the iPhone 11, revised Apple Watches, and services like Apple Arcade.

The company held an event in March in which it unveiled a slew of services, including the since released Apple Card, Apple Arcade, and Apple TV+. Apple hopes these services will make up and increase revenues amongst stagnant iPhone sales. Apple is aggressively targeting the sector, hoping to hit $14 billion of services revenue in 2020. This year’s hardware updates are modest compared to previous offerings, with the company planning on emphasizing these new services.

While Apple News+ and Apple Card have already launched, and Apple Arcade will launch soon after the event, Apple TV+ is currently scheduled to launch in November. Some of this information was first reported by Mark Gurman at Bloomberg. 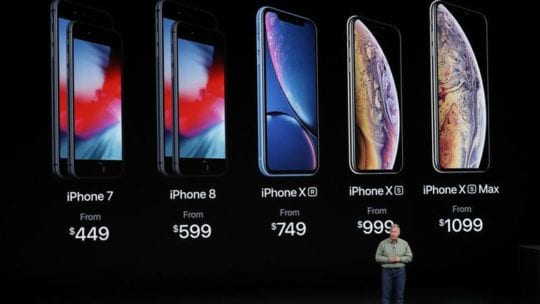 Apple will unveil three new iPhones for its 2019 lineup, as previously reported by AppleToolbox. These devices will be direct revisions to the current iPhone XR, XS, and XS Max, and will be called the iPhone 11, 11 Pro, and 11 Pro Max respectively, according to a source.

Early prototypes and mockups of the devices have been floating around for the considerable part of the year, however, they do not reliably demonstrate the design of this year’s phones, according to multiple sources. While the essential shape and size of the new iPhone remain the same as their predecessors, the backs have been replaced with a new, matte ‘frosty’ glass, that is said to have a sleeker design and lend to new drop-protection features.

The new phones will all feature an updated A13 processor alongside other new chips and internal improvements. As previously reported, these new phones will support bilateral wireless charging, allowing them to charge other Qi-enabled devices. This will be marketed in particular towards the newer AirPods, which can charge on the Qi technology.

The iPhone 11 will inherit the dual-lens camera system currently found on the XS and XS Max, while the Pro models will receive the heavily rumored three-camera setup.

These new photo features will be the main selling point of iPhone 11.

Other features include a next-generation Face ID system, improved front-facing camera capabilities, a new haptic system to replace the 3D Touch system first introduced with the iPhone 6s, and more. All models are expected to be priced similarly to the outgoing models. 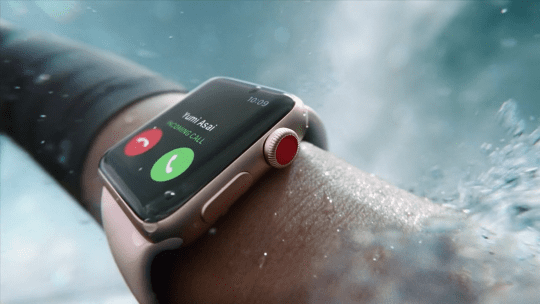 Last September, Apple introduced the Apple Watch Series 4, the first major redesign to the Watch since its introduction in 2014. Initial reviews of the updated model were excellent, and it appears Apple feels confident enough in the device to give it an elongated life cycle.

Apple is not planning a major Watch revision for 2019, and will instead update the Series 4 lineup with improved case and band options and revising the Series 3 to sit at the lower end of the lineup, according to two sources.

While it is unclear if there may be slight technical improvements to the Series 4, the sources say the line will not be updated to Series 5 this year.

These new case options include new titanium and ceramic models, as was first found in watchOS betas by 9to5mac. The new watches will launch later this month alongside watchOS 6.

Apple is planning on launching iOS 13 in September leading up to the iPhone 11 launch, as they have in previous years. This year is unique, however, as many have speculated based on the current iOS betas that iOS 13 is not ready for prime time.

Many of the new features on this year’s phones are reliant on iOS 13, and Apple can not afford to delay a major iOS release at this time.

As a result, the company is planning on pushing some of the original iOS 13 features to iOS 13.1, which went into an unusually early public beta earlier this week. 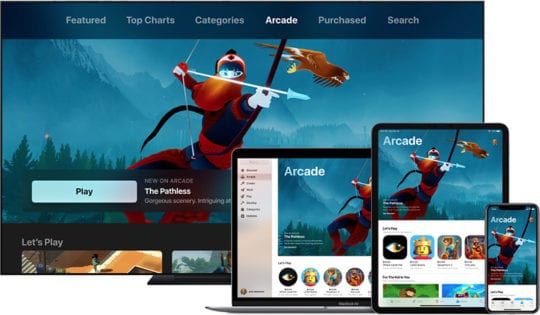 Apple will launch it’s previously announced Apple Arcade service soon after its September event, according to multiple sources. The service will include around a hundred ad-free and in-app purchase free, high-quality games for a fixed monthly fee of $4.99. This fee will include any family members on your family sharing, and games on the service will work and sync across iOS, macOS, iPadOS, and tvOS.

The company had also been considering a revamp of the iPhone Upgrade Program to align with the recently launched Apple Card. One source said the program would include access to some of the Apple subscriptions services at a lower rate. It is unclear if this revamped program will launch this year or be delayed until later.

Apple is planning to launch Apple TV+ in November, with a series of high-profile previewing opportunities and generous trial incentives. While it is unclear if the company has landed on a final monthly fee, the number has been thought to be $9.99 a month after these trials, according to multiple sources. The launch of Disney+ in November and the announced price of $6.99 has put Apple in a difficult position, with the company thinking it must launch this year but unable to have it ready much earlier, according to a source.

The company is planning to launch the service at an event later this year.

Apple has been working on a cheaper, ‘dongle’ like version of the Apple TV, according to a source. The device could launch as soon as next year.

The iPad will see a series of refreshes later this year. These include updated versions of last years iPad Pro 11 and 12.9, and a new entry-level iPad with a 10.2-inch display. The company launched an updated version of the iPad mini earlier this year.

These new updates will launch before the end of the year, and while they may show up at the September event, are more likely to be unveiled later this year, according to a source. 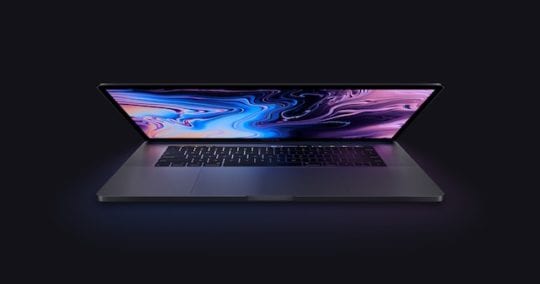 Apple is working on a major refresh to the MacBook Pro, with a new design, updated keyboard, and 16-inch display. The device, as well as the previously announced Mac Pro, Apple Pro Display XDR, and macOS Catalina, are expected to be launched at an event later this year.

Apple is planning a series of new audio accessories. These devices were originally planned to launch simultaneously this fall, however, some of them may have been delayed. These include a higher-end ‘Pro’ version of the immensely popular AirPods, a ‘HomePod mini’ with a smaller design and price point, and an Apple-branded pair of Studio headphones.