You are here: Home / iPhone / Apple’s Portless Future: Removing The Charger in iPhone 12

As we approach the annual iPhone season (mid-September), rumors surrounding this year’s iPhone have exploded across the internet, the same as they have every year for the last decade. These rumors tend to consist of good and bad omens, sometimes simultaneously depending on where your iPhone wishes fall.

This Fall, one rumor has been circulating and causing the usual divide of excited and critical fans: The removal of an in-box charger with iPhone 12. In this article, we’ll cover the apparent merit to this rumor and explore why in the world Apple would be considering such a move.

Let’s get into it.

Is Apple removing the charger in iPhone 12?

On the record, we won’t know for sure until iPhone 12 is announced at Apple’s annual September keynote (which may or may not be pre-recorded). But off the record, yes, it certainly seems like Apple is axing the in-box charger with iPhone 12.

All of this brings us to one question: Why?

Why would Apple remove the iPhone 12 charger?

On the surface, this seems like a purely financial move, and here at AppleToolBox, we’re certainly not so naive as to write this motive off. I don’t think anyone doubts that Apple makes any decision without thinking about financial gain. They are a multi-billion dollar company, after all.

However, beyond this, there are a few reasons that could be pushing Apple towards this change, and we’re likely to see at least a few of these points be brought up in September. So here are a few of our (and the internet’s) guesses as to why Apple has chosen to remove the charger in the iPhone 12. Assuming, of course, that they have made this decision.

In 2016, Apple made one of the most controversial decisions it’s made in a while, and that’s saying something. With the unveiling of iPhone 7, Apple revealed that the iPhone was now missing a headphone port, a decision that they have not reversed since (unless you own an iPad or Mac, which still support headphones).

This decision was the subject of profuse criticism and equally profuse memes for the next year or two, but in hindsight, the decision seems to have been the right one. It allowed AirPods to explode in popularity, which in turn caused immense growth for the Bluetooth headset market. And while manufacturers like Samsung poked fun at Apple, most major smartphone companies followed Apple’s decision.

That decision also allowed for the iPhone X, whose screen wouldn’t have been possible without removing the headphone jack. And as it’s turned out, wireless headphones have many advantages over wired, even if they are a bit more expensive.

This is a part of Apple’s wireless vision, something the company has been fairly vocal about for the last few years. They’ve gradually been implementing and patenting more wireless tech, and it’s likely that removing the in-box charger, charging cable, and/or headphones with iPhone 12 are just another controversial step towards that vision.

Lowering the cost of iPhone

Another rumor surrounding the upcoming iPhone 12 is that Apple is cutting the cost of iPhone by $50, a move they also made with the iPhone 11. That would bring the cost of a base iPhone 12 to $650, down from $750 just two years prior.

Though that may now like wishful thinking, it’s not all that unlikely. Similar rumors have been said about the upcoming Apple Silicon Macs, and it was clear that jacking iPhone prices up to $750 and $1,000+ wasn’t super popular with the average consumer.

It appears, at least from the outside, that Apple found the price ceiling for iPhone when it released the iPhone 8 and X and are now working towards making the iPhone more competitively priced. The rumored $50 discount has to lead to a sacrifice somewhere, and the in-box charger seems like a logical accessory to remove.

A more altruistic approach to the removal of the iPhone 12 charger is an environmental one. Whether you buy into this idea or not, the point still stands that removing any accessory from the iPhone 12 box will be a huge win for the environment, so Apple’s money-bags aside, this is a great point to consider. 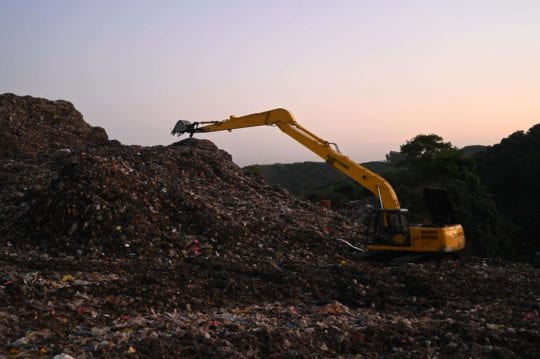 Even though bundling a few accessories with the iPhone gives users a bit of value and provides new iPhone users with everything they need to enjoy their new phone, the truth is that most of us don’t need the in-box iPhone accessories. We either already have a set from previous years and/or have several third-party accessories that we use instead.

In other words, the accessories included in the iPhone 12 box won’t be necessary for most of us, adding to our growing collections of cables and wall chargers. By removing this excess, Apple can also reduce electronic waste.

If you’re an Apple fan, the sting of AirPower’s demise may still be weighing heavy on your heart. For those not in the know, Apple announced an upcoming product in 2017 alongside the iPhone 8 and X known as AirPower, a wireless charging mat that allowed you to charge multiple devices by placing them anywhere on the mat.

If you don’t know much about wireless charging, this may not sound like such a big deal. However, without getting too science-y, this product would have been pretty revolutionary for the wireless charging market. Wireless chargers normally have a single coil that your phone has to align with to start charging. For AirPower to work, it would need several overlapping coils that would not only operate independently but do so without overheating your device.

Like many things in life, it was too good to be true, and AirPower was eventually canceled after a long period of silence from Apple – or so we thought. Recently there have been a handful of rumors suggesting that Apple is still working on AirPower despite having publicly canceled. If true, it could be that the decision to remove an in-box charger with iPhone 12 is to encourage upcoming AirPower sales. Honestly, this is more of a pipe dream than anything else, but hey, a geek can dream. 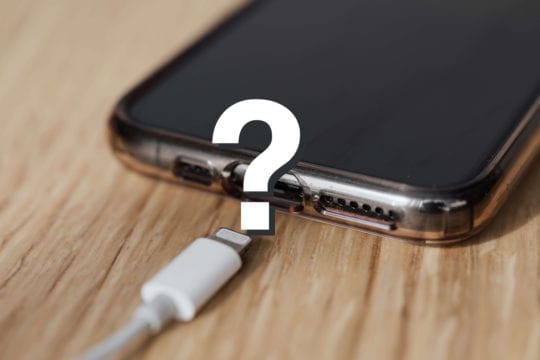 So, if Apple is planning on launching a portless iPhone in the future (which they almost surely are) then removing the in-box accessories could be a way of preparing consumers for the upcoming change.

Is a completely wireless future possible?

If you’re just now hearing about a portless iPhone, you probably have a few questions, like is this actually possible, and if so, how?

First, yes, it is completely possible to make a portless iPhone. You could do this today by simply switching to wireless-only charging and grabbing a pair of Bluetooth headphones. Though this isn’t entirely ideal yet. Bluetooth headphones are still fairly costly and wireless charging is a tad slow.

That’s why engineers and scientists are working on over-the-air charging, which in theory would allow you to charge a device just by having it within a few feet of a charger. Think of it like your home WiFi; imagine that your router not only connected you to the internet but provided you with a charge as well.

Additionally, battery technology has the potential for major breakthroughs. Though these breakthroughs are likely farther away than over-the-air charging, which could be available within the next two years, changes in battery technology could launch a second tech revolution that rivals the release of the first iPhone. Imagine only having to charge your phone or laptop once a week – what features, possibilities, and use cases would open up?

Of course, there are downsides to an all-wireless smartphone future. Having an iPhone that isn’t compatible with any charging cables doesn’t exempt the rest of your devices from needing cables. The iPhone would simply resemble the Apple Watch, a device that can only be connected to and operated on with an internet connection.

And like the Apple Watch, it might become more difficult to charge your portless iPhone in certain situations, at least until we collectively make the switch to wireless charging, which certainly hasn’t happened yet. At the time of writing, wireless charging is still largely viewed as a convenient feature that is rarely used by most users. Not to mention that wireless technology carries potential health risks that are certainly not to be overlooked.

When will Apple release a portless iPhone?

It’s unclear how close we are to a portless iPhone, though many guesses suggest we could see one in the iPhone 13 or 14. It was already rumored that the iPhone 12 would be portless, and once OTA charging finds its footing, Apple will likely release a portless iPhone shortly after.

For now, you can at least expect Apple to change what accessories ship with the iPhone this Fall.

When does iPhone 12 come out?

The iPhone 12 will almost definitely be announced in September of 2020 and will probably be available for purchase in October or November, depending on COVID-related delays. The iPhone 12 is predicted to cost around $650.

Why is Apple removing the charger in iPhone 12?

Though we won’t know for sure what Apple’s reasons are for removing the charger in iPhone 12, we can assume that it will be related to environmental and future-proofing reasons, as well as financial motivations that Apple probably won’t mention at its September keynote.