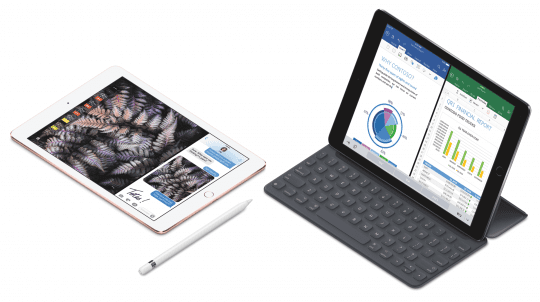 Apple is planning on refreshing its iPad lineup, according to sources familiar with the matter. The new lineup includes a new size, tweaked price points and designs, and new software and hardware features. The update is currently planned for the spring; however, Apple might push back to the Fall. 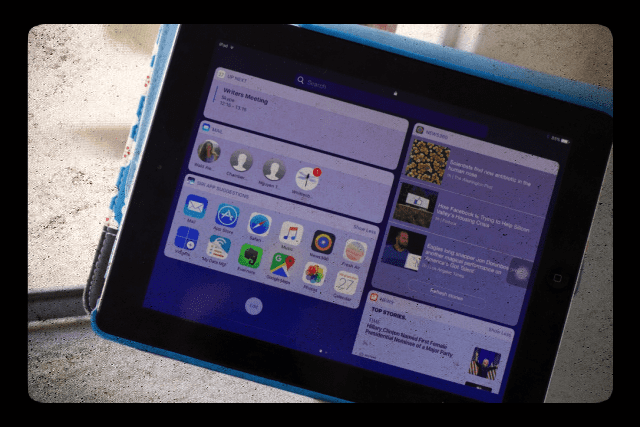 Apple’s updated iPad lineup includes three devices: a 9.7-inch model, a new 10.5-inch pro model, and a 12.9-inch pro model.  This is according to sources briefed on the matter.

The 9.7-inch iPad, despite marketing as a new affordable option, is virtually identical to Apple’s current iPad Pro with 9.7-inch display. This is in line with previous iPad updates, in which Apple takes the previous generation model and lowers the starting price.

The lineup will also include two new ‘Pro’ machines: a 10.5-inch model, supplanting the current 9.7-inch iPad Pro, and an updated 12.9-inch model. These devices will include virtually identical specs -the same processors, resolutions, and hardware – with the main difference being screen size.

Apple’s 9.7-inch model is likely to retain the same design as the current Pro model, while the updated Pro machines will feature noticeable design changes.

Both the 10.5-inch and 12.9-inch models feature ‘almost bezel-less designs.’ The new 10.5-inch iPad Pro appears to have an almost identical footprint to the outgoing 9.7-inch model.

While Apple did make the controversial decision to remove the 3.5mm headphone jack from its iPhone 7 this past fall, the company has opted to leave the port of the updated iPads for the time being.

While the 9.7-inch model will retain the same display as the current Pro model, both of the new Pro models will feature major display improvements.

When Apple introduced the 9.7-inch iPad Pro early last year, it included a number of major display improvements to the device, which have remained exclusive the smaller Pro model. While the new 9.7-inch model will retain these improvements, Apple will also include them in the new 10.5-inch model and in the updated 12.9-inch model.

These features include a wider color gamut and the already introduced True Tone display, which allows the iPad to change the color profile based on the lighting conditions around the user. 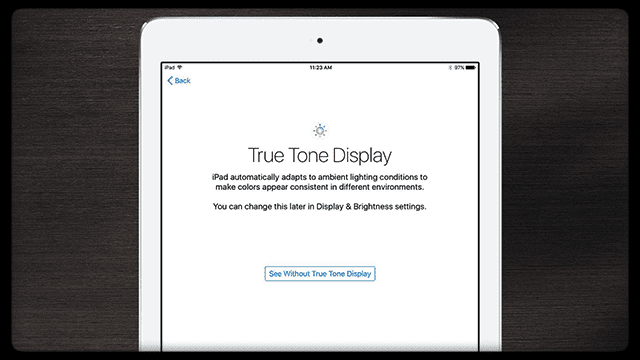 The new 10.5-inch model will, however, beat out both models, tying Apple’s current iPad mini for the highest PPI of any iPad ever.

Apple’s upcoming 10.5-inch iPad Pro will feature the same 2732×2048 resolution as the current 12.9-inch iPad Pro, giving it a PPI around 326. This will give the new device a distinctive advantage over the other models, and will likely be a selling point when the device launches.

All of the updated iPad models likely include the same 8MP camera as the current iPad Pros. All models will include support for both the smart connector and the Apple Pencil.

Apple’s 9.7-inch iPad retains the same A9x processor and 2GB of RAM as the current iPad Pro model, while both new Pro models feature a new processor and 4GB of RAM.

Apple tested new A10X fusion chip internally since at least September, and both Pro devices are set to receive the chip. 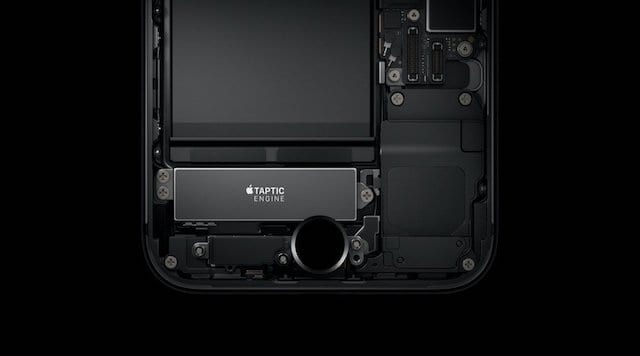 As the new Pro models will feature exceedingly small bezels, Apple will implement a new, Force Touch home button to the new devices, similar to the one found on the iPhone 7. Both devices will, therefore, receive Taptic Engines, and as a result will be the first non-iPhone devices to add 3D Touch functionality.

Apple has been working on a number of iPad-specific software updates to iOS for at least a year, as first reported by Mark Gurman at Bloomberg.

While the exact specifics of the updates are unclear, Apple’s worked at various point throughout the year on adding features including multi-user support, more advanced multitasking, and a way to connect your iPad to your Mac as a secondary display, to iOS, according to sources familiar with the matter.

While Apple hopes to add these features to an iOS 10 update in the spring, the company plans on packaging them with iOS 11 in the event the products aren’t ready by the fall.

Apple’s current iPad lineup feature an incredibly wide-ranging price scale, with the cheapest iPad starting at $269 USD and the most expensive coming in at $1129 USD. Apple’s updated lineup will focus on the higher end, completely cutting out the low-cost options.

Apple is currently planning on marketing the 9.7-inch model simply as ‘iPad’, with a starting price around $499 USD.

Apple hopes to launch the new devices sometime this spring alongside updated Macs, however possible delays may result in a fall launch, with the new software updates coming with iOS 11 this summer.