You are here: Home / iPhone / Why this plane-tracking app is the best way to show off AR 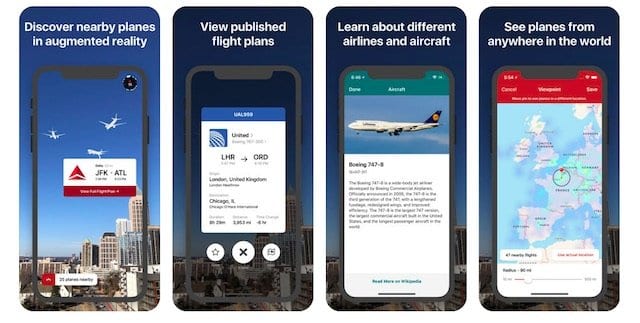 Augmented Reality (AR) was first introduced to those in the world of Apple with the release of iOS 11 last Summer. Apple is banking on its ARKit platform to dominate the market in the years to come. This, of course, making new experiences possible without shelling out thousands of dollars for expensive hardware (computers/headsets).

Have you ever looked up and wondered where those planes are going?

While more and more Augmented Reality applications are making their way onto the Play Store, one such app stands out to us more than the rest. AR Planes from Cal Stephens is the perfect representation of what ARKit can do, and how a developer doesn’t need to be part of a huge studio.

Why Apple’s New Augmented Reality Platform is a Game Changer

The premise of the application is simple – Point your phone in the sky and see all of the planes flying around you. However, there is even more functionality built into AR Planes, such as the ability to view more information regarding a specific flight. 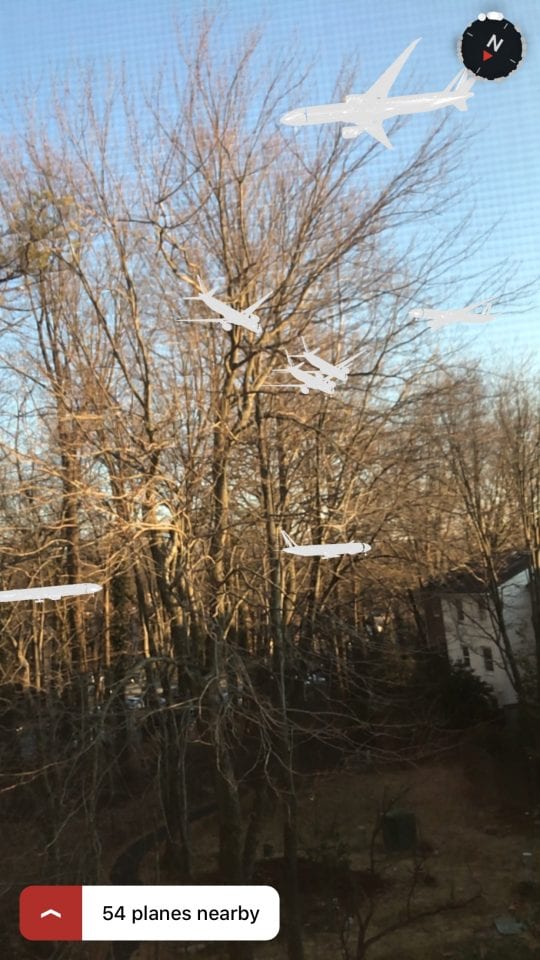 In fact, if you want to get a more widespread look at flights in general, you can change your AR viewpoint and view flights from all around the world. From there, you can tap to learn more information about each individual flight, as well as information on specific planes.

What makes AR Planes even more awesome is the fact that you can save flights for future reference. Of course, this may not be the most used aspect of the application, but if you happen to catch a flight going around the world, it would be awesome to be able to reference that later.

Speaking to Mr. Stephens, we learned a bit about where the idea for this application came from:

I’m a student at Georgia Tech in Atlanta, GA. Our airport (ATL, Hartfield-Jackson International) is the busiest airport on the planet,  so I always see planes in the sky. I always wonder where they’re going, or where they’re coming from. Even with a sharp eye, it’s hard to tell more than just the airline running the flight.

If I’m honest, the same idea has passed through my mind more than a few times considering my vicinity to the DC metro area. For Mr. Stephens to follow through on this idea and provide an application that is as seamless and easy to use as AR Planes, it a feat in and of itself.

What does the future hold for AR?

While ARKit is still somewhat in its infancy, there’s no doubt that Apple has its eyes firmly planted on the future. This was evidenced even further in last week’s Earnings Call, where Tim Cook shared some of his thoughts on the platform:

Cook: I see our as being profound. AR has the ability to amplify human performance instead of isolating humans. And so I am a huge believer in AR. We put a lot of energy on AR. We’re moving very fast. We’ve gone from ARKit 1.0 to 1.5 in just a matter of months. I couldn’t be happier with the rate and pace of the developer community how fast they developing these things and I don’t want to say you know what what we may do but but I could not be happier with how things are going right now.”

Speaking of ARKit, Apple just released the latest version of the platform, moving to version 1.5. This is already available on devices running at least iOS 11.3, and provides the ability for more information to be integrated. An example of the possible integration is bringing “a movie poster to life”, just by pointing your phone at it.

All-in-all, AR Planes is a very basic app which takes advantage of ARKit to its fullest. This is one of the simplest but most elegant applications that I’ve used in recent memory on iOS, and is definitely something worth checking out.
If you want to give it a shot for yourself, you can download AR Planes from iTunes via the link here, and feel free to let us know some of your favorite ARKit-enhanced applications in the comments below!