You are here: Home / iPhone / Beating Apple At Its Own Game in the Indian Market

Apple had a disappointing performance in the Indian sub continent. Despite efforts to boost sales, Apple’s products have had a lack luster sales record in India. As Apple is trying to evaluate its positioning in India, Chinese SmartPhone companies such as Huawei and Oppo are aggressively trying to grab market share in this region.

If there is one aspect of the Apple brand that has been crucial to iPhone dominance across the world, it has been innovation.

This innovation has shown itself in not only product design and operating system design but also in the way Apple executes its marketing plans whether it is via product package design or unique promotional ads.

When it comes to product innovation, the Chinese firms such as Huawei have learnt a lesson or two from Apple and are catering to the unique needs of the Indian subcontinent and therefore beating Apple in its own game. 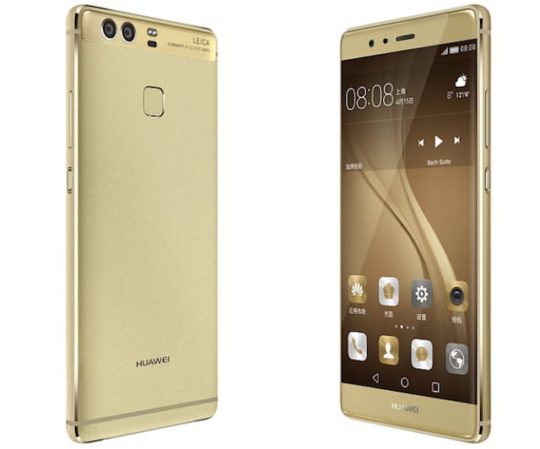 As an example take the product launch of Huawei P9 Smartphone in the Indian market. The device is launching today in India. Huawei signed up an exclusive deal with the local online retailer Flipkart to promote the product.

As Apple fans like us continue to discuss rumors around iPhone 7 features, the Chinese companies are already in the Indian market with the innovative technologies at a much lower price point!

Camera in smartphones is one of the most important features that is considered by a consumer while making the purchasing decision. The smartphone cameras have pretty much replaced common household digital cameras and users love to take good quality photos that they can share with their friends and families.

The dual camera system for P9 was co-developed and branded with Leica, a well-known global brand when it comes to camera technology. The P9 also supports a dual LED flash.

Here in US, we are still discussing the ‘potential’ specs for the camera units for the upcoming iPhone 7 and iPhone 7 Plus models.

As rumors around a 3GB iPhone 7 are being discussed, the P9 from Huawei already has 3GB. Huawei is not alone here. Even the entry-level OPPO F1 units have 3gb RAM. The popular iPhone 6S and the plus models only has 2GB RAM. Hopefully, the iPhone 7 will pack 3GB RAM.

Apple fans were thrilled to learn that Apple will drop the 16GB iPhone models and will offer iPhones that start at 64GB, since Apple discontinued the 32GB specs. As an Apple fan, I fail to understand why it is so tough for Apple to sport higher GBs at reasonable prices. After all the memory prices have come down dramatically over the last few years.

One aspect that has been critical to the success of smartphones in Asia is the ability to allow customers to expand on the storage. In the case of the P9, The phone packs 32GB of internal storage that can be expanded up to 256GB via a microSD card.

In terms of sensors, the standard fanfare is present in this device. The P9 Phone includes Proximity sensor, Ambient light sensor, Accelerometer, and Gyroscope.

The Battery performance of a smartphone has always been one of the most important criteria to a consumer irrespective of the market geography. In the case of the P9, the unit is equipped is powered by a 3000mAh non-removable battery. Reports have suggested that the iPhone 7 will feature 14% larger battery compared to iPhone6S.

Testing from Techradar shows that the Battery performance is not the best in P9 but still pretty decent. The P9 Plus at 3400mAh has much better performance.

“our video test on the Huawei P9, which consists of a 90-minute video running with the phone screen on full brightness and it got to the end with 85% battery left over. Compared to the competition, the Galaxy S7 with an Exynos chip lost 13% while the Galaxy S7 with a Snapdragon lost 16% and the iPhone 6S lost 30%.”

Much like the Samsung S7, The P9 also has the hydrid SIM slot allowing users to support two SIM cards on their device. This is very important to consumers in Asia who prefer to keep two separate numbers on their phone for multiple reasons.

Apple has not supported a dual SIM functionality in its product offerings in the Indian market. There have been rumors that the iPhone 7 may support the dual SIM feature, but it remains to be seen.

Are these devices remotely comparable to iPhones?

As an Apple user and a fan, I don’t think so.

There is no way you can compare the P9 with the iPhone models. The iPhone 6S are blazingly fast, a lot more secure with iOS and have stellar battery performance despite sporting 4K video recording.

Having said that, I think Apple has reasons to worry when it comes to pitching its products in the Indian market and other Asian markets in the sub continent.

For starters, the price is an important aspect to all consumers. The P9 from Huawei is being offered at less than $600. For the money, the P9 does pack an array of innovative technologies some of which are still ‘rumors’ in the iPhone 7 world. It also meets the local market needs of a smartphone that has an excellent camera, dual SIM specification and is affordable when compared to Apple or Samsung devices.

As the Chinese competitors match up to Apple’s devices in terms of product hardware features, it will be hard for Apple to sell its iPhone at a premium price in this market.

If you look at the iPhone import units for India in this month (August), you will find that the product volumes still favor the entry-level iPhone 5S models. 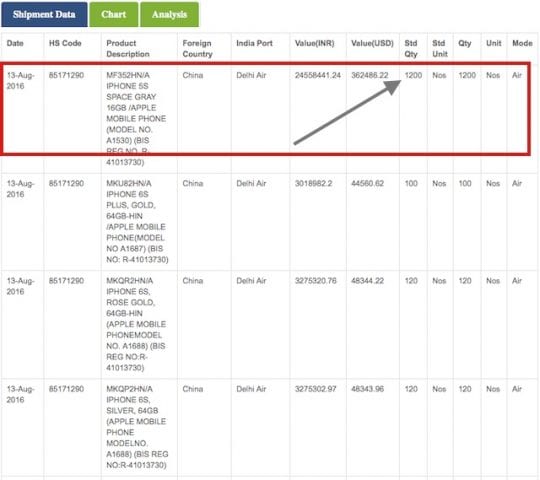 While the iPhone 6 models get imported in quantities of less than 200, the 5S space gray still carries the max volume. The 64GB iPhone 5S sells for the same price as the P9.

Unless you are a die-hard fan of the Apple Brand, it will be hard to justify buying the 5S over the P9 for all the features that the P9 brings to the table.

With dollar being strong and Apple’s products marked at a premium price point, it will be hard to imagine that Apple is able to grow its market share in India. When we think of the huge smart phone market size in India or China that is expected to grow, we tend to forget the importance of price sensitivity in these markets.

Given the innovative features offered at discounted prices by the Chinese manufacturers, Apple will have a hard time establishing itself in these markets unless it re-invents itself to meet the consumer needs in these geographies or truly distinguishes itself via innovative features to justify the premium pricing.